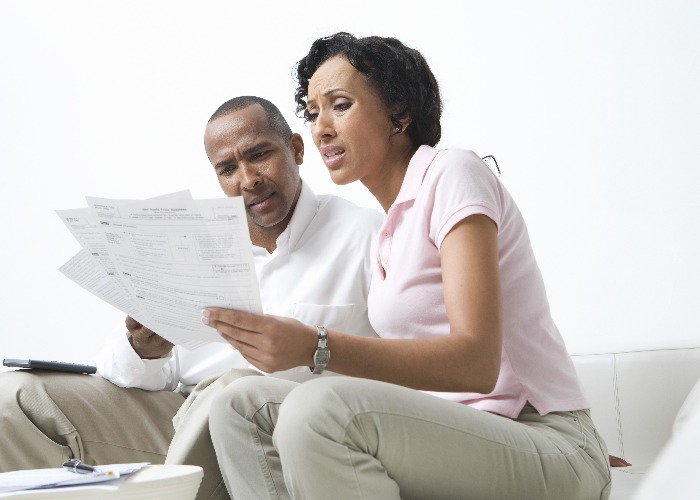 HMRC has had a week to forget after many tax refunds were delayed and a million Tax Credit renewal notices were sent out with incomplete information.

While the taxman has long been keen to tell us that tax doesn’t have to be taxing, the reality is that it all too often is.

And things certainly aren't helped when HMRC has a week like it's just had.

A few days ago, it emerged that an awful lot of taxpayers have been left unable to claim back overpaid funds thanks to a technical glitch.

Today, anyone who receives Tax Credits has been urged to check their details carefully after HMRC sent out nearly a million Tax Credit notices with incomplete information.

It has clarified that the issue was down to 'human error'.

So what went wrong?

We'll run through each blunder separately below, starting with refunds. If you're only interested in the Tax Credit issue, scroll down to the heading 'Tax Credit notices missing information'.

Why are there issues providing refunds?

If you’ve paid too much in tax, then you are able to put in a claim for a refund online. Given the long call waiting times, this has become an increasingly popular option.

HMRC is usually able to provide these online refunds within five working days once a claim is made.

However, some taxpayers have been forced to wait up to three weeks in order to reclaim the cash

According to the taxman, the problem stems from a technical issue with its online PAYE repayment system, which has made it impossible to process those refunds.

While the HMRC hasn’t confirmed publicly just how many people have been left unable to get their money back, it’s clear it has been happening for some weeks.

Need to chase up #HMRC this week. My tax refund still has not been paid in! I filled in the forms on the 13th and I’d like my pennies to be in my pocket not theirs.

Hmrc need to run my tax refund, so happy to take but not willing to give back sigh 😩

HMRC : "We owe you £628, you can claim this online or ignore this letter and receive a cheque in the next 2 months"

Also HMRC : "We are currently not processing tax refunds online or over the phone right now"

@HMRCcustomers hello, it’s been over seven days since I claimed my tax refund and I haven’t yet received it. When I press on the link to contact HMRC as it has been over 7 days it doesn’t give me the option to contact - I’m not sure what to do, I want to make sure I get my refund

There’s plenty of different reasons why errors may have been made when working out what tax you were supposed to pay, resulting in you being entitled to a refund.

For example, your employer may have used the wrong tax code for you, or you may have been put on an emergency tax code for a period after shifting jobs.

It’s always important to keep an eye on the tax code on your payslip to ensure it’s accurate. For more read our guide to tax codes and what they mean.

Alternatively, your working conditions may have changed, for example moving to fewer hours or losing your job entirely.

If you believe you are due a refund, you can use the tax refund calculator on the Government’s website.

In addition, if HMRC thinks you have paid too much tax, you will receive a letter from the taxman after the conclusion of the financial year.

It’s important to be on your guard against other communication supposedly from the taxman suggesting you may be entitled to a refund, as this is a common tactic employed by scammers looking to get hold of your personal details.

You will never get a text or phone call from the taxman to discuss a refund, for example.

They are then asked to notify HMRC of any errors and if there are none, that information will be used to calculate someone's entitlement for the previous year and set up a claim for the new one.

However, this year some 1.2 million arrived without any income details, causing widespread confusion among claimants.

HMRC said it has now sent follow-up letters with these income details used in its tax credits calculations so if you're among those affected you should keep a close eye on the mail.

If you'd like to learn more about what went wrong and what you need to do now, the Low Incomes Tax Reform Group has put together this explainer.

What the taxman had to say

On the Tax Credits issue, a spokesperson for HMRC said: "We are sorry that this happened, and for any inconvenience caused. We want to make sure we have paid customers the correct amount."

"A significant proportion of these customers are self-employed, and we need to confirm their previous tax year's income has been correctly accounted for and to make sure they don't miss the opportunity to give us an estimate if they are not certain about their income for this year."

On the tax refund delays, a spokesperson explained that the refund service was taken down last Tuesday in order to fix the glitch.

The service was then reopened for taxpayers to request refunds on June 27.

They explained that money will be paid by 2 July to taxpayers who had already put in a request before the service was taken down.

However, if you requested the payment by cheque, then this may take until the 13 July.