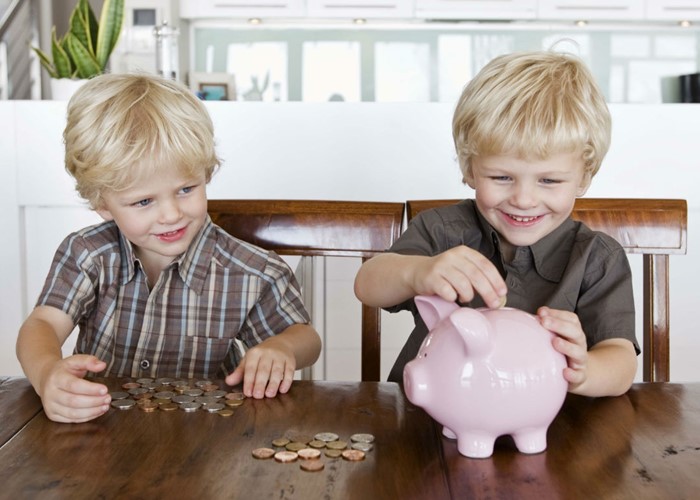 Research suggests there are almost a million ‘zombie’ Child Trust Fund accounts wasting away. Sarah Coles of Hargreaves Lansdown explains how to find out if your child has one, where it's held and how to shift it to a Junior ISA.

What are Child Trust Funds?

Child Trust Funds were the brainchild of a pre-austerity Government.

The idea was that the Government gave every child money to save or invest in a tax-efficient environment.

That way they would reach the age of 18 with a nest egg to help ease them into adult life – and build an appreciation of the value of saving and investing at the same time.

A policy with a universal freebie at its heart didn’t meet with such enthusiasm politically once the age of austerity took hold. CTFs were axed, and replaced by the Junior ISA, leaving many parents unsure whether their child ever qualified, whether they received a payment, how much for, and where on earth that cash is now.

In fact, it’s thought that parents have lost track of 900,000 CTF accounts.

Did your child have one?

CTFs were technically launched in 2005, but were actually given to all children born on or after 1 September 2002.

Each child received a voucher worth £250 (or £500 for those from lower income families), which their parents could choose to put into a cash account, or an investment CTF.

The Government would then top it up with another £250 at the age of seven, and friends and family could also pay into the account (up to an annual limit).

After the coalition Government came to power, in August 2010, they were scaled back, so children received £50 (or £100 for those from lower income families), and those aged seven no longer received the top up.

Then from 1 January 2011, new CTFs were scrapped altogether – although children who already had one would keep it. That means any child born between 1 September 2002 and 1 January 2011 will have something saved somewhere, even if the parents don't know where.

How much was in it?

How much you have in your CTF depends partly on when a child was born: only the very oldest children in the scheme ever qualified for the top-up at age 7, while the youngest received far smaller payments.

And the final variable is how the CTF has performed in the interim.

If you put the money into cash, the rates have dropped over time, but you might be earning up to 2% a year on your money at the moment.

Alternatively, you might have invested the money – in either a stakeholder fund or an investment CTF offering access to a variety of funds.

At current prices, before charges, someone who invested at launch in 2005 in a stakeholder fund, could have doubled their money in the intervening 12 years.

Of course, their money would be at risk, and past growth is no guarantee it would continue to rise in future, but it would make someone a nice nest egg.

If you were swept up with the chaos of having a newborn in the house and didn’t get round to making a decision, after 60 days the Government would have chosen the CTF for you.

Why have so many been forgotten?

The scheme was scrapped in 2011 and replaced with Junior ISAs (JISAs), but by then over six million CTF accounts had been opened by parents or the Government.

One of the bizarre problems that may have contributed to the high number of forgotten ‘zombie’ CTFs is that parents were not allowed to transfer them into a JISA until April 2015 – leaving the money in limbo.

However, the rules finally changed in April 2015, so parents can now move the money somewhere better.

How to track down a lost Child Trust Fund

If you picked your own fund or topped it up, this might be ringing a bell, so you can check if you have any of the old paperwork – or statements showing where your top-ups went – and get in touch with the provider direct.

Otherwise, you can track down your CTF through the Government website – although you must have parental responsibility for the child in order to do so.

You need to sign into the Government Gateway, or sign up for an account. Fill out a form with your child’s details and HMRC will write to you within 15 days to let you know where your Child Trust Fund is held.

How to move a Child Trust Fund to a Junior ISA

Once you have found your CTF, you need to decide whether you can do better with the money. You can switch it into other CTFs, but since April 2015 a better option has been to switch to a Junior ISA.

The tax benefits are the same; the annual limit is the same; the money is still locked away until the age of 18; and the money will belong to the child at that stage. However, JISAs have a number of benefits over and above CTFs.

If you are keen to keep your money in cash, they tend to offer much more competitive rates. At the moment, for example, you can get 3.25% on a JISA.

If you were in an investment CTF you may have been overpaying on charges.

Stakeholder CTFs were essentially trackers capped at 1.5%. JISAs are usually much cheaper; an equivalent tracker being almost a third of the cost.

CTFs also often offered a fraction of the choices available through the JISA.

If you’re thinking of moving the money from a CTF into a Cash JISA you can find the best deals in The best Junior ISAs 2017/18. Just check the provider will accept transfers of funds from previous years.

To compare Stocks & Shares JISAs head over to the loveMONEY investment comparison centre. You should again check if providers will accept Child Trust Fund transfers and whether you have to pay a fee.

As part of the application for a Cash or Stocks & Shares JISA you'll need to fill out a transfer form with the details of your CTF, but your provider will deal with moving the funds over for you.

Another reason to switch to a JISA

The other major attraction of the JISA is that while the CTF currently provides the child with a lump sum at the age of 18, the JISA will automatically be rolled over into an adult ISA on maturity – maintaining its tax efficiency.

This means any investment in a JISA is increasing the amount of money you can shelter from tax.

This is one reason why after switching, it’s worth considering making additional contributions to the JISA.

All you can do is try to teach your offspring a sensible approach to saving and investing and certainty our experience is that when you give young people the access to money they take that responsibility very seriously.

That, after-all was one of the points of the CTF in the first place.