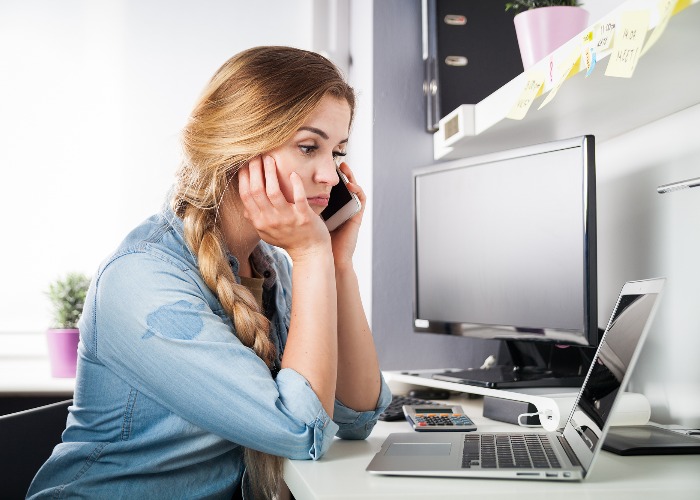 Loan scams are usually very elaborate and can be devastating for those affected. We reveal how this scam works and what to watch out for.

Why fake loan scams are hard to spot

Many loveMONEY readers have been targeted with HMRC tax evasion scams or by clone investment firms, but there’s a rarely mentioned, elaborate scam that can be just as devastating­ – fake loan scams.

These scams can be tricky to unravel as the victim may actually have money transferred into their account so it can appear legitimate, especially as fraudsters pose as bank staff.

In other variations of this scam, fraudsters sometimes imitate legitimate loan companies to trick people out of their money, while another scam involves an upfront fee to cover ‘insurance’ for a loan.

In this guide, I’ll focus specifically on fake loan scams and reveal how they work, red flags and how you can avoid falling for it.

How does a fake loan scam work?

A loan scam involves the victim being contacted by scammers who claim they have taken out a loan with a bank that needs repaying.

In one case I investigated, the scammers applied for a loan in the victim's name, which was sent to the victim's linked bank account.

The fraudsters then posed as the individual’s bank and asked them to send the loan funds, which the victim would still be liable for.

In another case, the scammers made it appear money had arrived in the victim's account, but they later discovered the funds were actually from another account they owned (with a different bank) that the fraudsters had partial access to and were able to send money to the victim's linked current account.

Sadly, she didn’t realise what was happening as she didn’t have push notifications set up with that bank.

They then convinced her to transfer these supposed loan funds to an account that they controlled.

While this is a convoluted way to steal money, this was probably due to the scammers not owning the payment device that would allow them to set up payees and send money directly to their accounts.

Received an email which you’re not quite sure about? Is it asking you to login to your account, or maybe to "confirm" your payment details?

If you are suspicious, you should report it by forwarding the email to: Report@phishing.gov.uk #CyberProtect pic.twitter.com/TgFcydV7yS

Red flags to watch out for

I’ve worked on a very small number of fake loan scams, but they mostly involve fraudsters posing as bank staff and using texts and calls to target people by claiming there was fraudulent activity.

To make them appear legitimate, they even imitate genuine bank security checks to lull the individual into a false sense of security.

Often, fraudsters will ask the individual to check the number of the back of their bank card or on the bank’s site to convince them of their legitimacy, but these numbers are spoofed.

Scammers may also advise the scam victim to confirm their identity in branch and also set up an appointment with their local branch.

It’s worth being wary of callers pressuring you to send money to a ‘safe’ account, even if it appears to be your bank investigating fraudulent activity.

Fraudsters can be aggressive and will keep the individual on the line for hours, until they send the money, as well as claim they will lose their money and won’t get it back – unless they act. 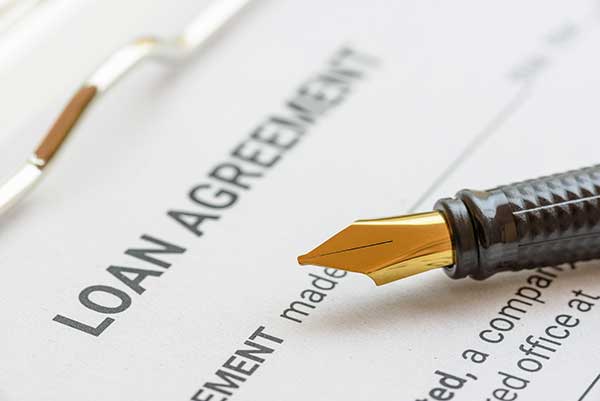 How to avoid fake loan scams

As these scams are sophisticated and can be difficult to spot, the best way to avoid getting scammed is to not accept any out of the blue calls or respond to suspicious texts, even if it appears to be your bank.

Fraudsters may have your personal details from phishing texts and emails, as well as other means.

If you get a call out of the blue, particularly if it’s concerning suspicious financial activity, you should hang up the phone.

While this may seem excessive (and rude), it’s best to be cautious than risk getting tricked into sending any money.

Once you hang up, leave the line disconnected for at least 10 minutes (sometimes scammers will stay on the line).

Then find the official number and call the bank to ask whether anything unusual is happening with your account. They will confirm whether the unusual activity is legitimate or whether it’s a scam.

You can also call the new anti-fraud hotline 159, which will connect you quickly and securely to your bank’s fraud prevention service – if they’ve signed up. This hotline is initially being run for a year to help people avoid scams.

Try to avoid emailing as these may be intercepted and set up push notifications if you can, so that you’re notified of unusual transactions and can contact the bank straight away.

What you should do if you’ve been scammed

If you’ve sadly been scammed, contact your bank straight away. The sooner you get in touch, the quicker the bank can act and hopefully freeze the account that holds your money.

Also, you can report any scams or fraud to Action Fraud here.

Your bank will investigate what happened, check whether any money is left in the bank account you sent the money to and decide whether to reimburse anything within 15 working days.

If it’s a complex case, you may have to wait 35 working days.

And if there’s anything that may affect your decision making such as bereavement or struggles with mental or physical health, you should notify your bank.

You should also be able to complain to the bank and then the Financial Ombudsman Service if you’re unhappy with the outcome of your case.

Check out this handy guide for more details on what to do if you’ve been scammed.