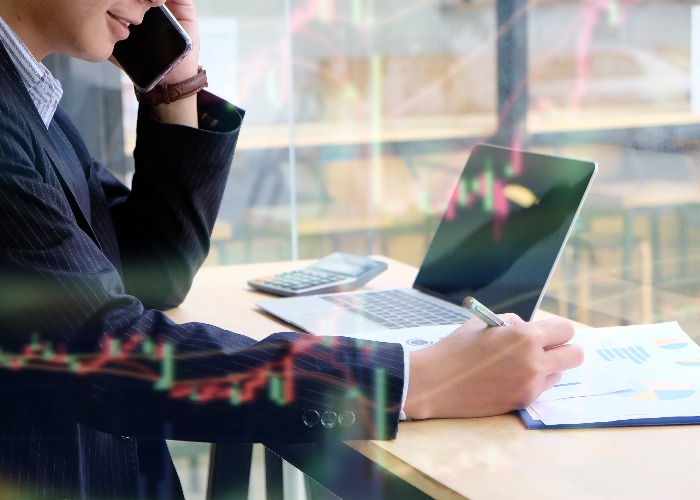 We found many firms promising to help self-employed workers slash their tax bills despite the Government's crackdown on disguised remuneration schemes.

Tax schemes aimed at contractors and freelance workers are still widely available despite a Government crackdown, our exclusive research suggests.

HMRC’s ‘Loan Charge’ – thought to affect 50,000 contractors, mainly from the IT industry – came into effect earlier this year.

It affects workers who used disguised remuneration schemes from umbrella companies as far back as 1999.

The contractors received the bulk of their salaries as 'tax-free loans' via umbrellas acting as intermediaries.

Although the schemes were perfectly legal at the time, HMRC now says loans that are not repaid should be taxed.

The change of heart, which has come in for fierce criticism, means some contractors are facing Loan Charge tax bills for hundreds of thousands of pounds.

Yet despite the publicity over HMRC’s controversial move – expected to net the Treasury nearly £3.2 billion in total – we found umbrellas and umbrella brokers still selling schemes promising take-home pay of almost 85% of earnings.

Tax guide for the self-employed: all you need to know

What workers are being promised

Our investigation uncovered a variety of worrying operations, all with similarity to the now discredited ‘loan schemes’.

Although there is no suggestion that any of them are illegal, HMRC has previously warned that tax avoidance ‘involves operating within the letter, but not the spirit, of the law.’

Posing as a freelance copywriter earning £250 a day, our writer spoke to four umbrellas and umbrella brokers who advertise openly on Google

One broker based in an offshore tax haven offered an ‘enhanced’ option with 83% take-home pay, mostly as an ‘advance’ from the umbrella’s end-of-year ‘bonus pot’.

A salesperson told us: "Believe me there’s a lot of people that do this.

We also spoke to a broker registered at an address in London who recommended a scheme called ‘Asset-Backed Lending’.

The company explained how we would pay Income Tax and National Insurance on just £300 per week – for wages of £1,250.

"This structure is one of the cleanest structures I’ve ever worked with," the broker boasted.

"Instead of using a loan to process the other part of your salary, they put it into a legitimate bond. The umbrella mirrors what you’re putting into the bond, and pays you direct from their bank account in the form of a line of credit.

"Because you’re not taking any profit out of the asset each week, you’re just drawing down the exact same amount of funds as you’re putting in, it’s a non-taxable event."

He also coached us on how to avoid attention from HMRC, saying: "We’ve all got to pay tax and national insurance at the end of the day – it’s just the way we go around it.

"That is the bit in the middle that HMRC can’t really control, and they don’t have too much say in the matter.

"£300 is in the safe zone. It’s around the national take home of an individual in the UK. It’s a basic salary – but not the National Minimum Wage.

"I’ve used a loan structure in the past when I was working as a social worker. I’ve never had a fishing letter off HMRC – it’s when you spread it thin, that’s when you start getting that tax letter off them."

One umbrella promoter showed how we could pay less than £10,000 in tax and National Insurance on annual earnings of £60,000 – take-home pay of 84% – by receiving the bulk of our salary through a Remuneration Trust.

He said: "On a weekly basis, the money comes into the umbrella. They’ll pay you your salary. It’s set at just above minimum wage so it’s enough to meet all the statutory deductions.

"You’ll also have a fiduciary relationship with a trust and, on the strength of that, any payment made to you by the trust is you handling the trust’s money on their behalf. It’s not treated as income and that’s where the tax advantage comes from.

He told us remuneration trusts were "outside of the tax avoidance legislation that HMRC uses" and said: "to date, no one using the trust has ever had to pay anything to HMRC".

However, further questioning revealed the trust has been linked to now liquidated tax consultancy operations whose clients are under scrutiny by HMRC.

Finally, one umbrella claimed their company had market exclusivity on a grant-based scheme.

"A grant is classed as an investment in oneself,’ the promoter said, adding that it was therefore non-taxable."

The umbrella is registered to an address in London but we were asked to sign documents from a company based in Cyprus.

The best ways to contact HMRC and avoid the queues 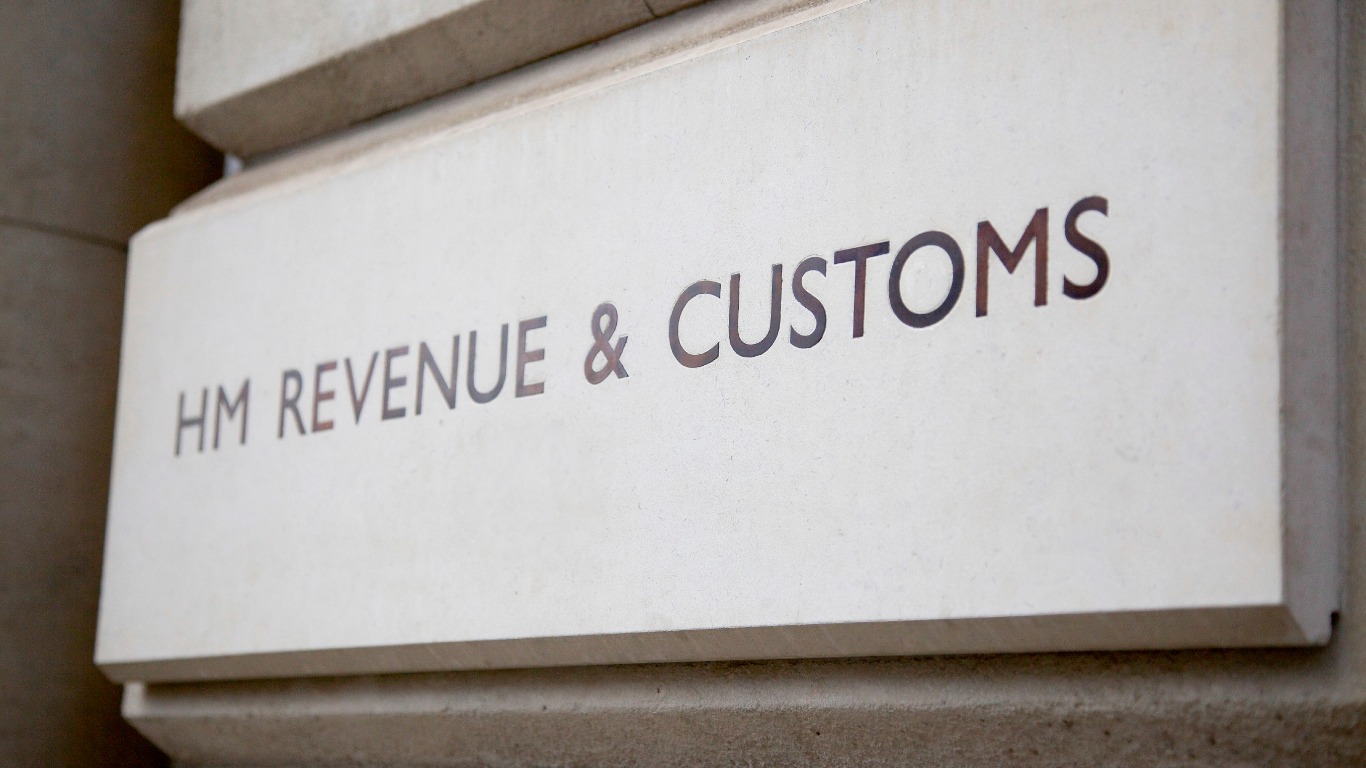 Treasury Minister Mel Stride has said in answer to a written parliamentary question that ‘in recent years’ HMRC has been investigating "over 100 promoters and others involved in avoidance, including disguised remuneration arrangements".

Yet HMRC refused to name promoters of schemes it claims to have prosecuted, citing "taxpayer confidentiality".

"Schemes may have stopped for a variety of reasons including legislative changes as well as actions against promoters and others," they said.

When contacted by loveMONEY, a spokesperson refused to comment on the specific schemes we identified, but added: "If it looks too good to be true, it probably is."

They also pointed to guidance on umbrella companies published by HMRC which warns against the kinds of artificial arrangements we discovered.

"Arrangements like these that claim you pay less tax are extremely high risk," the guidance says.

"HMRC will always challenge tax avoidance schemes. If you are involved in an arrangement like this, you’re highly likely to be avoiding tax and you could end up paying additional tax, National Insurance contributions and interest. Penalties may also apply."

Loan Charge campaigners have criticised the HMRC for pursuing individuals who say they were duped into the schemes – instead of tackling scheme promoters.

Steve Packham of the Loan Charge Action Group said: "HMRC continue to ruthlessly pursue and persecute ordinary people who never broke any law and merely followed professional advice, yet at the same time have provided no evidence that they are pursuing the promoters of the arrangements that are now subject to the Loan Charge.

"They are going after the “low-hanging fruit” of ordinary contractors, yet Mel Stride continues to mislead MPs and journalists over action against promoters.

"In addition, there are now numerous operations springing up in replacement of loan-based schemes, and it’s clear HMRC is not succeeding in stopping them, whilst continuing to bully individuals to settle with them, something that is leading to family and mental breakdown as well as financial ruin."

Chief Executive Julia Kermode commented: ‘They “work” by paying a small portion of contractors' earnings via PAYE and then disguising the remaining larger part of their income as something else.

"Our advice to anyone is, don’t sign up to these schemes."