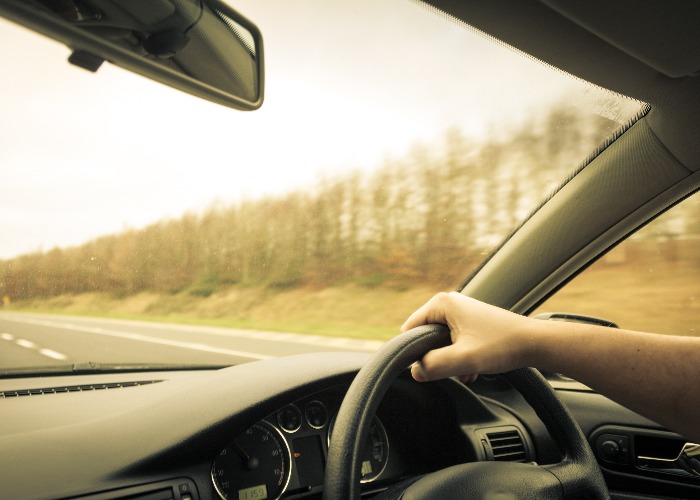 Follow these smart steps to save a packet on running your car.

There are all sorts of costs to factor in, beyond the price you pay to pick up the car in the first place.

Thankfully there are LOTS of clever tricks you can employ to help you save a few quid on those running costs and ensure that getting behind the wheel doesn’t leave you in the red.

Here are just a few highlighted by the team at the car retailers Peter Vardy.

Car insurance is far from cheap, particularly if you’re a type of driver that insurers view as being more likely to be involved in an accident, such as those aged under 25.

Insurers calculate your premium based on what level of risk you present, but in doing so they will consider all named drivers on the policy.

As a result, naming an additional driver on the policy ‒ particularly if they are viewed as lower risk ‒ is likely to cut the cost of your premium, in some cases by hundreds of pounds a year.

It’s important that you don’t ‘front’ on the policy though, which is where the lower-risk driver ‒ like a parent ‒ is named as the main driver on a policy, when in fact the younger driver is going to be the main driver of the car.

This is not just a little white lie, it’s a form of insurance fraud and could have serious consequences.

Avoid overpaying for your fuel

You can’t get around the need for fuel in your vehicle, but you can pay less for it by being a little smart.

Head to any garage and you’ll likely be presented with both premium and standard ranges of fuel.

But, according to Peter Vardy, unless you’re driving a performance vehicle, you’re unlikely to see much of a benefit from paying the extra for the premium fuel.

Save every time you fill up with these excellent motoring tips

Save at a supermarket

Of course, sticking to standard fuel isn’t the only way to save ‒ you can also shop around to make sure you’re paying less for your fuel by using sites like PetrolPrices.com.

Supermarkets tend to be a particularly good option here, with supermarkets often providing money off deals on petrol and diesel to shoppers. Check out our guide to the best ways to pay less for your fuel.

Think about how you pay

It’s not just a question of where you pay for your fuel, but how you pay for it too. Picking the right cards to keep in your wallet can make a difference to the cost of your fuel, or at least give you something back when you fill up.

For example, a host of stations offer loyalty schemes ‒ scanning your card when you head to the pumps means you’ll build up loyalty points which you can then cash in for money off fuel in future.

Similarly going for a rewards credit card when you pay means that, as the name suggests, you get some form of reward for your spending.

Ultimately, the best choice will vary by individual.

If you’re a big collector of Clubcard or Nectar points, then using one of the cards that are affiliated with those schemes is a great idea, while others might prefer the cold, hard cash you get from a cashback credit card.

Check out our guides to the best cashback credit cards and the top rewards cards.

One of the costliest mistakes many drivers make is simply renewing car insurance policies.

It’s a bad idea because insurers offer their best deals to new customers, and then hike the prices year on year. By renewing you guarantee that you keep paying more.

However, shopping around can pay big dividends, ensuring that you find cheaper deals from rival insurers.

Even if you don't fancy going through the shopping around process, it’s always worth speaking to your existing insurer to see if you can haggle your way into a cheaper policy. Check out our guide on how to haggle and save hundreds.

The various motoring costs can be pretty punishing on budgets, particularly at the moment when so many people are having to make their money go further following the pandemic.

As a result, it can be tempting to spread those costs where possible.

For example, most of the time you’ll be able to pay your car insurance on a monthly basis rather than in one go, while you can also opt to pay monthly or every six months when taxing your vehicle.

The trouble is that doing so will ultimately be more expensive as you’ll be charged interest. With your vehicle tax for example you’ll have to pay a 5% surcharge, while the costs may be even higher for speaking your insurance payments.

So if you can afford to, it makes a lot of sense to pay upfront.

Performing your own car maintenance

Cars will inevitably go wrong every now and then. And the costs of putting those issues right can be pretty punishing ‒ a study from Green Flag suggested that the typical driver is paying as much as £574 per year.

Now, sometimes those problems can only be put right by the experts.

But there are plenty of occasions when those issues ‒ and the subsequent cost of putting them right ‒ could have been avoided if the driver had carried out regular car maintenance checks themselves, keeping an eye on the wear and tear of their vehicle.