Energy bills to rise sharply in October - even with Govt help

Household should prepare for a dramatic rise in energy bills, starting next month.

The energy price cap is set to rocket from under £2,000 to around £3,550 as of 1 October, putting huge pressure on alread-stretched household budgets.

In response, the Government is expected to announce new measures this week to help ease some of this pressure.

It's been reported by various media outlets in the days since Liz Truss' appointment as Prime Minister that this will most likely come in the form of an energy price 'freeze'.

That is something of a surprise given that, during her election campaign, she dismissed such plans as a "sticking plaster that costs money but isn't actually addressing the root cause" of the problem.

The freeze is reportedly set to be around £2,500 and likely to be announced tomorrow (Thursday, 8 September).

While that's obviously well below the impending energy price cap, it would still represent a hefty £500 annual bill hike compared to current levels.

What's more, household energy bills will likely have to remain higher for longer in order to repay the money it'll cost to absorb soaring wholesale energy costs this winter.

That means energy bills are probably going to be a huge drain on household budgets for quite some time.

So what can you do about it?

How to reduce your energy bills

While the obvious first step for most households struggling with massive energy bills is normally to switch deals, the reality is there aren't many - if any - cheap tariffs to switch to, such is the impact of soaring wholesale gas prices.

It's always worth checking if there's a better option available to you, but the reality is you're likely only going to save money by simply using less energy.

Now that needn't mean living in a freezing house all winter: there are many things you can do that'll keep your home warm without having to keep your heating on all day.

In this guide, we'll run through the various things you can try. Some will be free, while others will require you to spend some money upfront to benefit. When considering whe

Plus, Ofgem's energy price cap requires suppliers to charge a lower amount on standard variable (default) tariffs if you pay by direct debit.

It’s easy to set up and means you’ll always pay your bills on time.

Just be aware that energy companies particularly like fixed monthly direct debit payments, as they can be sure you won't default, and they earn interest on any overpayments.

Next, it’s worth checking to see whether paying for dual fuel – in other words, using the same company for your gas and electricity – works out cheaper. This isn't always the case, but usually is.

When you receive your bill, make sure it’s showing an actual reading rather than an estimated one (again this is only relevant to households without a smart meter).

It’s far too easy to assume the reading is accurate, but in fact, you may be paying far too much. If the reading is estimated, take the time – it’ll only take a few minutes – to check your meter and submit the reading to your supplier.

Your supplier should then recalculate your bill and re-issue it.

Alternatively, you could get a smart meter installed (although these aren't particular popular with regular loveMONEY readers) 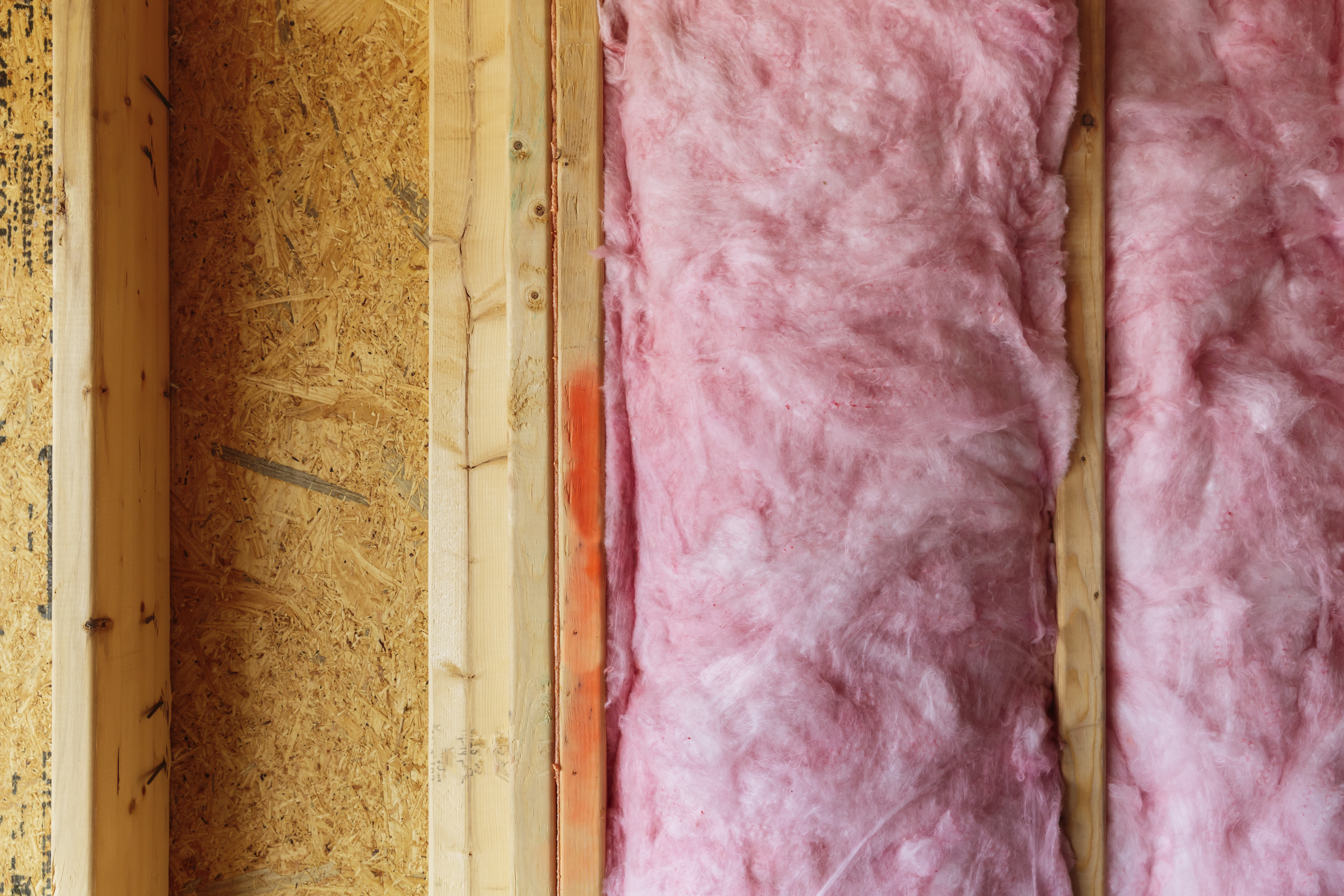 It might sound obvious, but if you’ve got proper insulation in your home, you’ll keep more energy in and therefore save money on your bills.

If you’re worried about how much this will set you back initially, it’s worth finding out whether you are eligible for a Government or local authority grant.

If you’re over 70, you can have your home insulated for free provided you meet one of these qualifying criteria, and if you’re over 60, there’s also a good chance of getting financial help.

However, even if you don’t fall into these age categories, you may still find you’re entitled to some form of grant, so it’s worth checking to see whether you are eligible.

Claim what you're entitled to

It’s also worth remembering that if you’re aged 60 or over, you may get a Winter Fuel Payment to help cover your heating costs.

Exactly how much you receive will depend on your personal situation, but it will range from £100 to £300.

Once we head into the winter months there's also a Cold Weather Payment for some people who receive benefits such as Pension Credit, Income Support, income-related Jobseekers' Allowance and income-related Employment and Support Allowance.

With this, you could get £25 for each seven-day period of very cold weather between 1 November and 31 March.

What's more, if you’re struggling financially, all energy providers must offer a Warm Home discount to help their most vulnerable customers.

This is a discount of £140 off your electricity bill.

And you are struggling to pay your bills, make sure you talk to your provider and see if you can be moved to a cheaper tariff.

Search for a cheaper energy deal: see if you could save hundreds

Research suggests that around 20% of the heat in an average home is lost through ventilation and draughts. Follow these steps and eliminate the chills!

Open and close the curtains: Lined curtains are incredibly useful when it comes to blocking out draughts. Make sure they're open during the day to let in as much heat as possible (especially for south-facing windows) and shut them at night to keep that extra heat in.

Stop heat escaping up the chimney: If you never use your fireplace, block up the opening with newspaper, a sheet of cardboard or a special chimney balloon to stop chilly air coming in and warm air leaving!

There are loads of simple things you can do to cut your energy spend, such as:

Read: I tried 4 offbeat ways to cut my energy usage

Make your radiators work for you

Don’t keep all the heating off and make yourself ill. Instead, target the energy you do use so it heats the space – and you – in the most effective way possible:

Air them on a clothes horse in an unheated room instead. And make sure your radiators aren’t languishing behind sofas – or under curtains – which suck up all the heat!

Bleed your radiators regularly
This releases any air trapped inside them and improves their efficiency. By making your radiators more efficient, you should find you can reduce the number of radiators that you have on.

To bleed the radiator, turn off your heating and let the radiators cool. Then put your ‘bleed key’ into the valve at the top of the radiator and turn it to release the air.

Be warned, water may escape once the air is released so you might want to have a cloth or towel (or jug) to hand.

Reflect the heat
Put foil behind your radiators (you can get specially-designed radiator foil). This will reflect the heat back into the room, rather than letting it get absorbed into the wall.

Add thermostatic valves to all your radiators
And only turn them on in the room/s you’re in (make sure you keep all the doors closed!).

Use an electronic heating timer
And make sure you know how it works!

You can do pretty much anything from your smartphone these days, including controlling the thermostat away from home.

Set different temperatures for different rooms and if you're on your way home and it's a bit nippier than expected, whack the heating up. All you need now is an app to put the kettle on.

Dress warmly indoors and you could turn your thermostat down by a couple of degrees, save a packet and still be comfortable.

Lots of layers are far more effective at keeping you warm than one enormous jumper.

An old boiler could be costing you in two ways.

Second, boilers tend to become more inefficient the older they get, and so will drive up energy bills over time.

Heating specialist Heatinghub.co.uk say you're unlikely to save an awful lot if you replace a boiler that's less than 10 years old, but getting rid of a 20-year-plus boiler would save you a fortune.

It keeps the figures broad as a lot obviously depends on your specific home and boiler model, but it says you can generally expect to save between 14% and 34% on your energy bill.

If you consider that average annual energy bills will stand at anywhere between £2,500 and £3,500 from next month (depending on the level of Government help), that would equate to a saving of up to £1,170 a year.

To limit the cost of getting a new boiler, read our guide: Save money on your new boiler or get free quotes to see how much one will cost by entering your details below.

If you can't afford the outlay but want to avoid a big bill if your boiler packs in, you can get boiler cover from £9 a month from the likes of Your Repair or 24/7 Rescue.