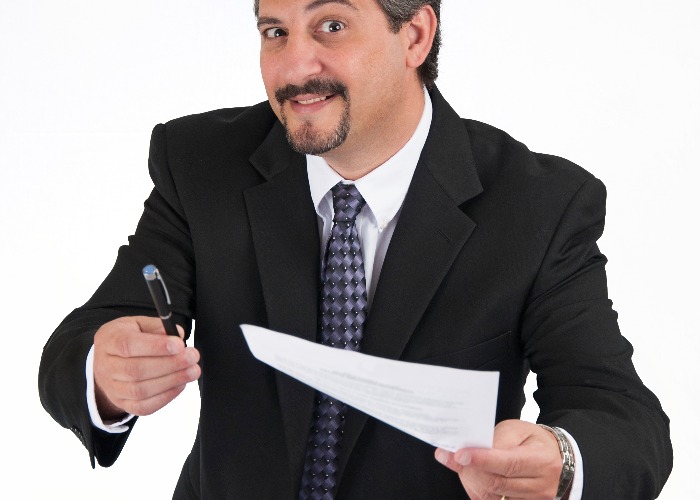 Huge jump in reports of fraudsters posing as solicitors.

Unsuspecting victims are receiving letters, emails and sometimes phone calls from 'solicitors' who are anything but.

It's turned into an epidemic. The Solicitors Regulation Authority, the body which governs lawyers, (other than barristers), issued 26 reports about phoney solicitors in February, almost one a day. It recorded 701 bogus law firms in 2014, more than double the 349 in 2012.

And these are just the ones it hears about. Scams are like icebergs – most remain hidden under the surface.

A variety of scams

The latest batch include a variety of motivations. Dodgy investment and property companies generally can't get their scams past real solicitors. But they know having a 'lawyer' adds to credibility. In real estate, a fake lawyer can convince victims the land or building they have purportedly purchased has been transferred legally to them.

Scam merchants often say that the deal has been checked by their compliance lawyers, and that you can expect to receive full legal paperwork. It's obviously a lot easier for crooks if they have their own legal firm to produce that. Fraudsters know that very few who have been conned will take the trouble to check – especially when they believe they will get huge risk-free returns.

Some phoney solicitors work with bent estate agents (sometimes they will be the same people) who claim to represent the seller of a home.

They advertise and 'sell' properties, grabbing money from buyers who believe they are dealing with a legitimate lawyer, working on conveyancing on the other side of the deal. Then they disappear, leaving victims with no redress. This is easier now as many property transactions are conducted by specialist conveyancing firms online.

While the vast majority are genuine, efficient and low cost, the lack of traditional face-to-face contact makes it easier to set up a rip-off firm.

Another scam is the old Nigerian letter racket. What purports to be a letter telling you that a long-forgotten relative has left you millions has more credibility if it comes from a law firm.

How much are you worth? Get a digital snapshot of your wealth with Plans

Many of these firms in fake solicitor scams are entirely made up, but a growing number clone details, including names of individuals, from legitimate legal practices. There are obviously some self-protection measures you can take, such as checking what you receive against websites, and looking for unusual phone numbers.

Scrutinising email addresses is essential. Lawyers do not use hotmail or yahoo or gmail in their professional lives. And something obviously made up, perhaps coming from abroad is a real red signal. One recent email cloned a real solicitor using his firm's name but came from “accountants.com”. Obviously, no lawyer would use this – even if it was genuine, it would be for accountants.

It is a criminal offence for someone to call themselves a solicitor or to act as a solicitor if they are not on the “roll of solicitors”. Bogus solicitors can be prosecuted although very few are ever caught or taken to court.

A genuine solicitor will give you their SRA roll number (known as the SRA ID number) on request. This number should also appear on their letterheads and notepaper. If you have any doubts, contact the firm for a face-to-face interview – if it refuses or stalls, be suspicious.

You can check whether a lawyer is real or phoney by searching “Find a Solicitor” on the Law Society's online directory of solicitors. The Law Society works closely with the SRA. However, there are gaps – some genuine solicitors are not listed because they have asked for their names to be removed. Fraudsters know this and can exploit this loophole.

And beware of those who call themselves something other than solicitor as these do not need an SRA ID. Most are genuine paralegals or legal executives who work in a legal capacity for big non-lawyer firms, so they don't need to join a regulatory organisation. But some are not.

How much are you worth? Get a digital snapshot of your wealth with Plans

Are you an accidental money mule?