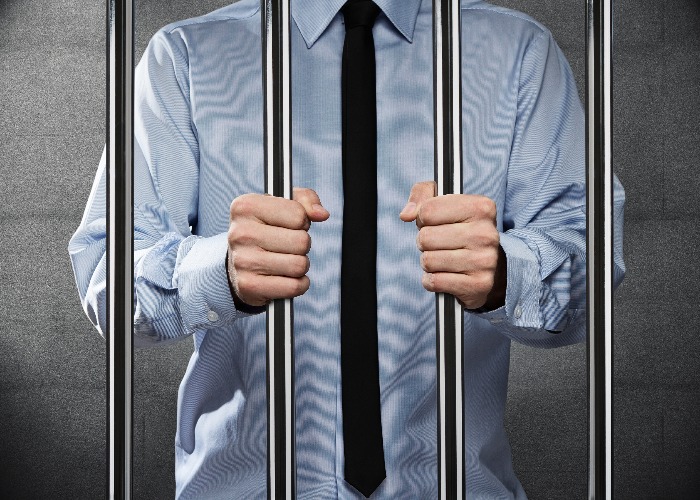 Life in the narrow confines of a prison cell is a far cry from a sumptuous Berkshire mansion on the banks of the Thames. But that's exactly what faces convicted fraudster Raj Shastri.

Last month, he was sentenced in a London court to two years inside for his part in a massive foreign exchange scam. But you won't find the name Raj Shastri in court records.

Instead, look for Raj Von Badlo. For most of his business career, he was Shastri. Companies House shows a number of failed firms where Shastri was a director, though he gives two dates of birth in Companies House records (one a month and a day before the other) intended to confuse searchers.

He was a director of a firm called Callen Von Badlo, dissolved in 2013. What did this company do? I have no idea but it produced a video showing a huge, vastly expensive office block. Callen is presumably Andrew Callen, a solicitor who acted for the now-bust Inside Track, one of Raj's previous platforms. Von Badlo is the surname of his wife.

Raj was largely overlooked by court reporters. His fellow criminal Alex Hope, 25, sentenced to five years, ticked all the media boxes. The former Heathrow catering worker boasted he was a foreign exchange genius despite having no training or experience, let alone regulatory permissions. He spent a fortune on ludicrously overpriced bottles of champagne. And he was photographed with his arms around minor female celebrities.

The racket pulled in £5.5 million from around 100 punters. The average loss was over £50,000 though around half has been recovered according to police. But while the fresh-faced Hope fronted it, Raj's long experience and brains were pivotal to the scam.

How much are you worth? Get a digital snapshot with our Plans service

In sentencing the pair, the judge remarked on the sophistication of the scheme, which involved the falsification of documents and the management of Hope's persona. The judge also told Von Badlo/Shastri that the scheme's risks must have been clear to him.

It was a classic Ponzi scheme, offering high rewards, paid for early on by the flow of new money into the plan. The Financial Conduct Authority started to probe the scam in April 2013 when it took over as the financial regulator.

In court, Raj pleaded guilty to “recklessly making false representations to investors and promoting a collective investment scheme without authorisation”.

The methodology, including 'free' hotel seminars where Hope could push his rags to riches story, was pure Raj. After several failed businesses, he fetched up ten years ago fronting seminars at hotels for the now-liquidated Inside Track 'buy-to-let millionaire' venture, which cost many investors six-figure sums.

Here Raj performed his misery to millionaire story. With head in his hands, and sometimes crying, he told of massive debts, his girlfriend leaving him, and losing his home.

But thanks to the miracle of Inside Track and buying property below market value, he now owned a top of the range Ferrari, a luxury home on the banks of the Thames and a champagne lifestyle. The audience was urged to follow his lead and sign up.

After Inside Track collapsed, he managed to convince radio and TV stations he was a property genius and could teach others the formula. In one interview, he boasted about buying Spanish property at half price and how his then-teenage son was a “trainee millionaire”.

His two personal websites – rajshastri.com and rajshastri.net, remain for all to see. His “social diary” shows he attended Ascot, was pictured in celebrity magazine OK and rubbed shoulders with famous people including Chris Evans, Bobby Davro, and Prince Frederick Von Sake-Vavenberg at charity functions. Of course, none of these folk had the slightest idea who he was.

With time off for good behaviour, Shastri/Von Badlo will be free around this time next year. Whatever name he uses, shun his poverty to plenty seminars if you want to keep your cash.

How much are you worth? Get a digital snapshot with our Plans service