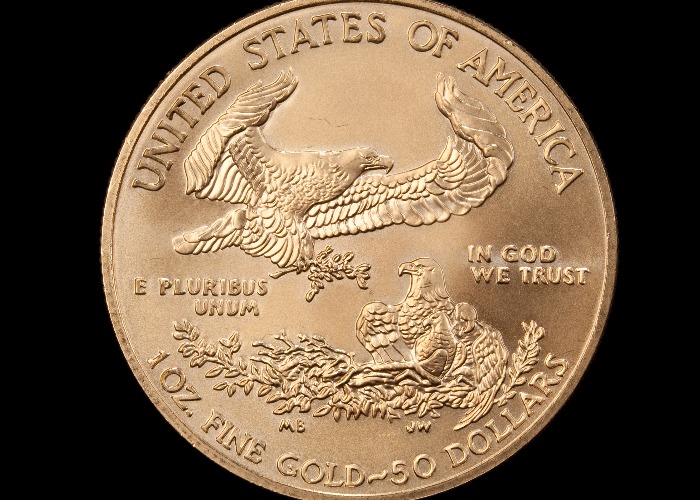 ASA bans advert promising chance to increase your cash fourfold by investing in 'rare' US coins.

A leaflet from Nationwide Coin & Bullion Reserve Inc, which operates from a small office in Houston Texas, promoted American solid gold coins as an investment opportunity. Nationwide Coin is not regulated to give investment advice anywhere in the world.

And this prompted a complaint to the Advertising Standards Authority (ASA).

The claims started with (their capitals) "Solid Gold AMERICAN EAGLE COINS ... VERY LIMITED SUPPLY GOLD EAGLES ARE FULLY BACKED BY THE U.S. GOVERNMENT £25,000 COULD BE WORTH £100,000".

That's one sentence with three lies. They are not very limited in supply. They are only backed by the US government to their $50 face value (just as the UK sovereign is only worth £1). And the four fold growth is pure speculation.

But then there is something true. The leaflet states: "If you had invested £25,000 in gold in 2001, you would have almost £100,000 at today's gold prices.” That is a fact. You would have beaten just about any other mainstream asset. What they did not say was that if you invested £25,000 ten years later in autumn 2011, you would now have about £17,000, making it one of the worst decisions you could have made.

It continues: “Experts say this is just the beginning.”

Which experts? You can find plenty of self-styled 'experts' but many have an interest in selling gold, while a good few are totally delusional.

The Texan leaflet continues: “With the Fed's decision to print trillions of dollars and the U.K. Reserve's decision to print billions of pounds we will soon see inflation like never before.” Maybe. But everyone is worried about deflation, so Nationwide Coin's prediction of a “declining” paper currency could be wishful thinking. And as for the claim that smart investors are moving up to 30% of their paper assets into gold, there is a distinct absence of any reliable source.

Admittedly, the small print said: “The statements made in this advertisement are opinions and past performance is no indication of future performance or returns. Precious metals, like all investments, carry risk or loss of capital. Precious metals might appreciate, depreciate, or stay the same depending on a variety of factors.”

Make more realistic investments with a stocks and shares ISA

The complainant to the ASA challenged whether the ad exaggerated the likely return of the investment and did not make the risks involved sufficiently clear. Nationwide Coin responded saying the footnote made the risks clear, while the gains over its chosen time span were real.

In the US, Nationwide Coin & Bullion Reserve has a reputation for up-selling. And this is how it makes money. People apply for small coins and bullion, then receive nothing except a phone call encouraging them to invest instead in so-called 'rare coins' whose value is boosted three or four times.

The ASA upheld the complaint, noting that the profit claims were "unheard of in today's volatile financial market".

It upheld the complaint, pointing out that the advert breached a whole host of rules. It banned the advert. But it does not have the power to ban the advertiser.

Watch out for this new 'parcel' scam