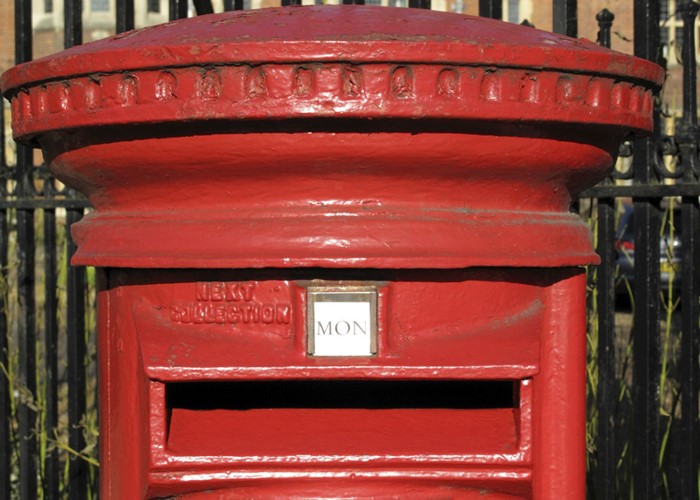 These postal scams may be making a comeback.

Back in the 1990s, postboxes - especially those of retired people - were bulging with phoney lotteries, hopeless healers and criminal clairvoyants. Each one contained ludicrous promises of future health and wealth.

These scams appear to be making a comeback, and once again they are aimed at the elderly. In the past week, a neighbour in her late eighties and not in the best of health has received two. And were she to be foolish enough to reply, she would start to see an avalanche. When this postal scam was last rampant, some people were hit by these fraudulent missives up to 40 times a week. That's a big pile of trash.

Win millions thanks to your "unblemished profile"

The first purported to come from a mail box in Queensland, Australia. Even the envelope screamed scam. It said: “Urgent notice for your attention enclosed. Your application has been approved with FULL HONOURS. Notice is time critical and requires immediate action to claim benefits.”

And if that was not enough, the envelope also says - in a typeface intended to look like a rubber stamp - “FULL HONOURS – REWARDS APPLY”.

Opening it produces a personalised letter which promises a $4,000,000 Australian (about £2.2 million) first prize. Then there are five character criteria including “unblemished profile” and “demonstrated integrity”. Unsurprisingly, the recipient passes all these with a 100% score.

The 'outcome' section of the letter states: “Application Approved for prize pool contention. Passed with full honours. Candidate's immediate action will be rewarded with play to win privileges. Estimated amount to be paid to sole first division winner: $4,000,000.”

There's the usual rubbish about being the next happy winner of a truckload of cash which could mean debts and money worries are a thing of the past. That's because the winner will gain access to the "computer selected special combinations of entry numbers with guaranteed potential to be division 1 winners". And a little later, just in case you don't regard $4 million as enough, the prize rises fourfold to $16 million. It's all meaningless potential and contention.

There's even a form where you can state your flight preferences to Australia to collect the prize, such as window or aisle seat and what in-flight meals you want.

It costs just £10. It's all blatant nonsense, of course. I could just as well send letters inviting people to send me a tenner for the potential to buy a bus ticket.

Yet many fall for this – at least in numbers to make this scam worthwhile. And should my neighbour send her £10, she is guaranteed a deluge of similar garbage.

I'll solve all your problems

Her second personalised letter was even more sinister. The envelope said: “Enclosed is the impressive result of the work that I was asked to do for you. And also that I am offering you free.” This led back to 'Angelina' who appears to live in the Netherlands. No one asked Angelina anything.

Angelina appears to be a very elderly woman who is described as: “Powerful Medium, Gift Inherited at Birth, Precise and dated predictions”. She says: “Your bad luck problem is about to end. A new life is awaiting you. There will be three good events. I have seen it very clearly.”

The problem, she tells my neighbour, is that  her home has a strange concentration of "negative waves". But my neighbour can fix that. First she needs to take the “four universal talismans of luck” - four circles printed on cheap paper with ancient Hebrew lettering. Then she must fill in the form with her problem (such as persecution or permanent worries) and her wish (rich and happy, find true love, have a lovely home, etc) and fill in the the “I hope to receive the sum of......” with a six to seven figure sum. Angelina will do the rest. She promises there will be a huge cheque before the end of next month and “pressing problems will be resolved”. There's even a file number.

This is total rubbish but it is designed to attract the vulnerable. Again, anyone who responds will find their letter box soon full of this garbage.

Postal authorities claim they are powerless to stop this stuff.