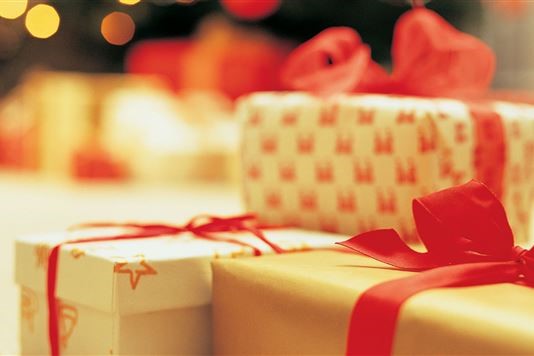 The results of this year's mince pie taste test are in. And once again, Lidl and ASDA have beaten M&S and Waitrose...

It’s that time of year again when mince pies adorn the shop shelves, colourful lights sparkle in the shop windows, and we all feel like our bank balance is being stretched to its limit. Yes, Christmas is fast approaching and that can only mean one thing – it’s time for the lovemoney.com annual mince pie taste test!

Over the past year or so, we’ve conducted several different taste tests and on the whole we’ve found that paying less doesn’t necessarily mean you’ll be getting poorer quality in return. In fact, deep discounter Lidl has proved highly popular, coming out as the overall winner on numerous occasions.

Last year, we revealed that Lidl was also the King when it came to the tastiest mince pies. So we thought it was time to see whether the competition had got any hotter this year.

Will Lidl still offer the best mince pies at the cheapest price, or will one of the major supermarkets steal the trophy for 2010? Let’s find out.

This year, we decided to try mince pies from eight different retailers, as well as taste a popular brand name, Mr Kipling, for good measure.

Where possible, we tasted the standard mince pies from each retailer instead of the luxury range. However, due to recent poor weather conditions, deliveries at Morrisons were sadly lacking, so we tested the ice topped mince pies instead. We also could only get hold of the ‘value’ version of the Tesco mince pies – but thought this would spice things up a little anyway!

We also tried to get hold of packs of six mince pies where possible, although at Lidl only packs of 12 were available.

Eight members of the lovemoney.com staff jumped at the chance to have a taste of these delicious-looking mince pies.

Each mince pie was only identified by a number – so the testers had no idea which mince pie was from which retailer. And as they tasted them, they rated each mince pie out of 10 for the overall look of the pie, the flavour of the mincemeat and the quality of the pastry, to give a total mark out of 30. With eight testers, each mince pie could score a total of 240 points.

So, after a lot of chomping and a few groans about stomach ache, here are those all-important results:

*Special offer. Lidl mince pies currently have 30% off and Sainsbury’s mince pies are reduced from £1.25.

Interestingly, this year’s results were slightly different to last year’s. However, once again, budget brands ASDA and Lidl did extremely well, with ASDA coming out as the overall King, with a total of 172 points! Given this pack of mince pies was the third cheapest at just 92p a pack, or 15.3p per pie, this really is great value for money.

Comments for the ASDA mince pies included ‘solid mince pie. Would happily have it on Christmas Day’ and ‘very good – gooey mincemeat’.

Last year’s winner, Lidl, wasn’t far behind – in fact, it was just four points behind ASDA, with 168 points. And taking a closer look at the results, Lidl actually beat ASDA on both the overall look of the pie, and the quality of the pastry. ASDA only triumphed over Lidl on the flavour of the mincemeat.

We compare some of the big food brands with supermarket own brands to see which tastes best!

Lidl’s pies were also the cheapest in the competition, at £1.04 for a pack of 12 pies, or 8.7p a pie. So this just goes to show that you can still get a good quality product for a low price!

Meanwhile, Sainsbury’s had the fourth cheapest mince pies at £1 a pack, or 16.7p per pie, and took the third spot with 157 points.

So who were this year’s losers? Last year saw the more luxury brands – Waitrose, Mr Kipling and M&S – come in last. This year they were still in the bottom five, and they were also three of the most expensive mince pies at £1.29, £1.49 and £1.59 a pack respectively.

The Mr Kipling pies were described as ‘average’, while the M&S pies gained comments such as, the ‘pastry was too hard’, and the Waitrose offering was described as ‘awful’, ‘a bit stodgy’ and ‘chewy’.

But it was Morrisons and Tesco that came in last. However, it’s worth noting that these were the more controversial mince pies in the competition and opinions about the Morrisons Iced Topped Mince Pies were very mixed.

Some tasters absolutely loved them, saying they were ‘very nice and sweet', ‘quality mince pie’ and ‘the king’. Meanwhile, other testers said, ‘overpowered by icing and doesn’t look like a mince pie’ and ‘was this someone’s idea of a joke?’.

Personally, I absolutely love iced topped mince pies, but clearly they are not to everyone’s taste, and some testers questioned whether they could really be described as ‘pies’.

The Tesco offering was the second cheapest out of all of the pies at 62p per pack, or 10.3p per pie. However, they also achieved the lowest score with just 110 points. Most testers said there was not enough mincemeat and too much pastry in these pies. The mincemeat was also described as ‘bland’. So in this instance, a lower price did mean a lower quality product.

Before I go any further, I must clarify that this wasn’t the most scientific experiment in the world and everyone has their own individual tastes and preferences.

Ultimately, it would be interesting to compare all of the standard brands, the luxury brands, the value brands, and the iced topped variety from all of the big supermarkets.

And of course, there are plenty of other retailers to try such as Iceland, Aldi and Netto. But really, that would involve a LOT of mince pie munching, and there’s only so far our stomachs will stretch!

But hopefully this has still revealed that paying more for your mince pies doesn’t necessarily mean you’ll be getting a tastier deal. In fact, you could be getting a far worse deal. And although the Tesco ‘value’ pies did prove to be pretty awful, retailers such as ASDA and Lidl that market themselves as budget-friendly still offer some top-quality products.

Of course, I’ll let you decide which mince pies you want to go for this year – or perhaps you’d prefer to make some of your own. But whatever you decide to do, we hope you have a very merry Christmas!

Have you had any mince pies yet? Share your experiences about which are the best using the comments box below!

More on Christmas spending and saving

How to have a cheaper Christmas

Ways to spread the cost of Christmas

Recycle your things for cash!