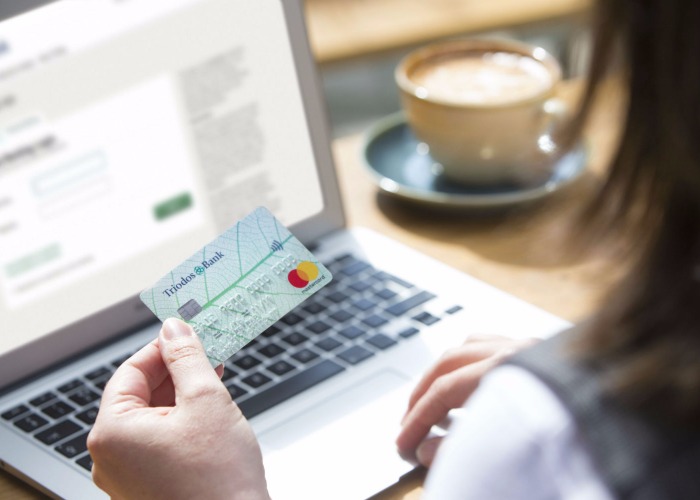 'Ethical' bank Triodos has just launched its first current account that pays no interest, charges £3 a month and has no unarranged overdraft. Is the bank's offering worth it?

Triodos Bank has launched its first personal current account in the UK.

The first thing you'll notice is the online-only account doesn’t pay any interest and everyone who has one pays £3 a month.

In exchange, the bank doesn’t facilitate unarranged overdrafts and the nasty fees that go with them. If you run out of money, you simply won't be able to make any more payments using that card.

However, you can request an arranged overdraft of up to £2,000 though, with the rate determined on a case-by-case basis.

In terms of an offering, it falls far short of its rivals: you can earn up to 5% on your cash or get an interest-free overdraft if you know where to look.

However, Triodos claims it's trying to be a fair and honest bank, rather than a market-leading one.

Huw Davies, head of retail banking at Triodos Bank, adds: “There is no such thing as ‘free’ banking because someone else always pays.

"So-called ‘free’ accounts are usually subsidised with high penalty charges and hidden fees, so the most vulnerable customers, or those making a rare miscalculation with the household finances, end up paying an exorbitant price.

“This isn’t fair so we are leading by example with a fresh approach.”

A big part of this approach is transparency. Triodos is the first bank to publish details of the organisations it lends to on its website.

Not for you? Compare top current accounts with loveMONEY

But what about the bank and its products? Here are a few things you need to know.

Who is Triodos Bank?

Triodos is a Dutch firm which prides itself as a provider of sustainable banking. It puts customers’ deposits into arts and culture, global microfinance companies and more.

It began in 1968 as a way of studying how money could be managed sustainably, but you may be surprised to hear that it has been operating in the UK for 22 years now.

The bank had a cracking 2016, with lending going up by 43.5% to £90 million in the UK, prompting its foray into the current account market.

Triodos has banks in the UK, the Netherlands, Belgium, Spain and Germany, serving over half a million customers.

Opportunities for every investor

For those who are newer to investing, it offers a Stocks & Shares ISA, an equities fund and a fund that puts money into innovative companies.

For the more ‘sophisticated’ investor, there’s a micro finance fund, which makes equity investments in microfinance institutions. You will have to invest at least £10,000 though.

Not for you? Compare Stocks & Shares ISAs with loveMONEY today

Rates-wise, Triodos hasn’t got much to shout about.

The only real draw is the companies that are being helped.

In the tables below, we compare the rates against the best ones on the market right now.

There are also children’s savings accounts and Junior ISAs available as well as regular saver accounts. Check out the Triodos website for more.

Triodos offers a Charity Saver account which donates money to:

You can choose to donate a percentage of your income to one of these charities and Triodos will throw in 0.25% of the average annual balance of your account.

But if we're being honest, you would be better off going for a high-interest current account and donating the interest to a charity of your choice.

Alternately, you can get a full rundown of the best savings accounts and Cash ISAs at the loveMONEY savings comparison centre.