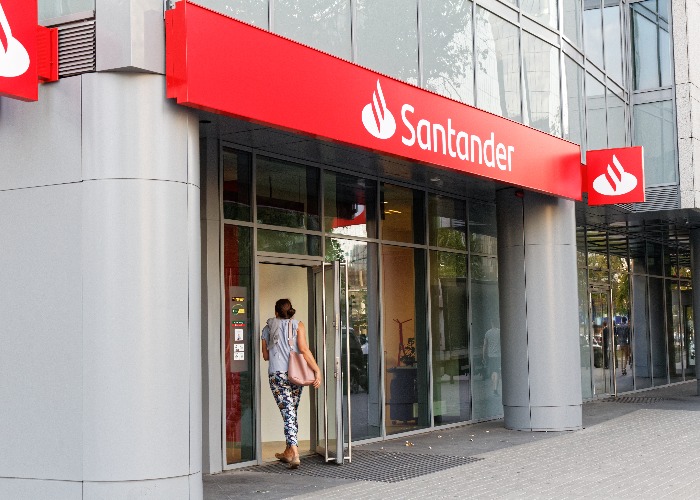 After being a customer for years, the decision to slash incentives on its current account (whilst keeping its monthly fee unchanged) has convinced me its time to leave Santander.

Before I opened a Santander 123 current account back in 2014, I would probably have described myself as a ‘rate tart’.

I had no particular loyalty to any bank and changed or added current accounts, credit cards and savings accounts regularly to get the best deals on offer.

But things changed after I started banking with Santander.

Shortly after getting the 123 account, which at the time offered a whopping 3% interest on balances up to £20,000 for a monthly fee of just £2, I also took out a mortgage with Santander.

I chose the mortgage because it suited my requirements, although the perk of the 1% a month cashback on mortgage payments via my 123 account was an added bonus.

As of today, we have individual 123 accounts, a joint everyday current account, a mortgage, individual ISAs and 123 credit cards.

None of these products were poor when we took them out. But they weren’t necessarily the very best on the market either.

I switched my cash ISA to Santander just last year. It offered a good rate, but there were slightly better ones out there. I went for Santander as I thought it was easier, both to apply for and maintain.

The truth is that it still makes life a little easier to have most of your accounts with one bank.

You have fewer banking details to remember and it’s generally simpler to apply for some products when the bank has knowledge of your financial behaviour.

I’ve stuck with Santander despite first, it upping the monthly fee on the 123 account to £5 a month in early 2016 and second, it slashing the interest rate to 1.5% later the same year.

A step too far

But the changes announced this week (click on the announcement below to read the full message) are a step too far and I’m now shopping around for new products across all my finances.

For a start, the upcoming change to reduce the interest rate to 1% takes the account far out of contention for the best place to stash your savings.

The most anyone could make annually with £20,000 in the account would be £140 (accounting for fees) and even in today’s paltry interest rate environment there are plenty of accounts that beat what ends up being an 0.7% interest rate after fees – the best access accounts currently pay almost double that.

But more annoyingly, the changes to cashback feel like an attack on customer loyalty.

When announcing the move the bank said that nine in 10 customers would be unaffected by the changes to cashback, but if you look at the detail it’s clear the one in 10 who are will be those who are the most loyal.

Get paid up to £220 for switching banks

The £5 per month cap on the various cashback categories is probably not going to affect many people in the 3% category covering phone, broadband and TV bills.

You’d have to be spending more than £165 to suffer here (if you are spending more, it's time to switch to cheaper broadband and mobile deals.

When it comes to the 2% category covering electricity, gas and Santander home or life insurance premiums, you’d need to be spending £250 per month to be affected.

But in the 1% category, which now covers council tax, water bills and Santander mortgages, it’s the inclusion of the last that will hit loyal customers.

While you’d need to be spending £500 a month to hit the cap, if you have a mortgage with the bank, this won’t be hard.

The mortgage cashback has always been limited to £10 per month, but it’s now been more than cut in half.

Each month we receive £10 cashback for our mortgage and £1.10 for our Council Tax.

So the change will see our yearly earnings cut by £73.20.

Get paid up to £220 for switching banks

Some commenters have said Santander’s move is in line with what other banks are doing in terms of cutting rates and cashback offers.

When announcing the move, the bank itself said it had had to make “difficult decisions” in the current environment of persistently low interest rates and regulatory changes (referring to the overdraft crackdown).

Constantly in the red? Cheapest accounts for going overdrawn

In some ways, this is understandable.

With many people becoming more financially savvy, it’s likely many were getting all the benefits of the 123 account without the bank making much money out of them with other business.

That’s why it’s so difficult to understand why the bank decided the changes should most affect those who have a mortgage – for most people their largest financial commitment – with the bank.

With so many great deals available, banks have to work hard to keep their mortgage customers when their initial term expires.

When ours was last up for renewal, I looked at everything on the market and compared it against what Santander offered.

I calculated we could possibly save a few hundred pounds a year by switching, but when I set that against the £120 a year we earn in cashback, as well as the time and hassle involved in remortgaging, I decided to stay and did a product switch instead.

Until the middle of 2018, the value of customers switching products with their existing lender was going somewhat unnoticed in the mortgage market.

However, at that point UK Finance reported for the first-time figures on the number of customers doing product switches, revealing refinancing worth £38.8bn in one quarter alone, eclipsing the £20.3 billion of remortgaging in the same period.

It’s a persisting trend – in the third quarter of 2019 £43.5 billion of refinancing was via product switches, a figure that was up 12.8% on the previous year.

The value of product switching customers is now so well recognised that many lenders – including Santander – will now pay brokers a fee when they assist with product transfers, whereas in the past they only paid for new business.

It seems bizarre that Santander would be willing to pay a broker to convince me to stay with the bank but is unwilling to continue to give me cashback directly to incentivise me to stick around.

I asked Santander to comment on why it chose to make changes that would affect its loyal mortgage customers the most, and why those customers should choose to stay with the cashback incentive slashed.

It declined to do so, but to me the answer is clear: they shouldn’t stay, because loyalty definitely doesn’t pay.

Lovemoney verdict: 123 Account no longer worth it. Here are the best altermatives.