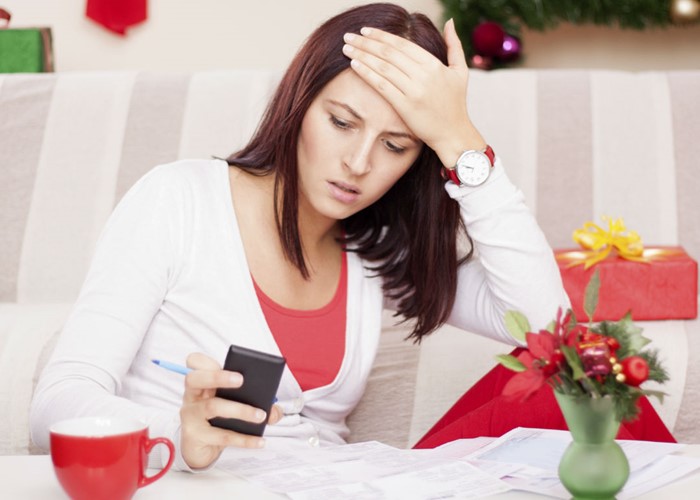 Falling into the red is one of the most costly ways to borrow, as the new 'transparent' rates make clear.

It’s no secret that using an overdraft is often far from the cheapest way to borrow.

But banks and building societies are starting to publish new rates for their overdrafts in a bid to be more transparent about the cost of dropping into the red, and it has been eye-opening seeing just how costly they really are.

It’s 12 months now since the regulator, the Financial Conduct Authority (FCA), announced plans for a “fundamental” shake-up of how overdrafts work, labelling the old system “dysfunctional”.

One of the big problems is that it's so difficult to compare exactly what you were going to have to pay ‒ while some advertise an interest rate charged on overdrafts, others have single, fixed charges for daily or monthly use.

So the FCA told providers they need to come up with a simple, single interest rate for their overdrafts, while they could no longer charge customers more for using an unauthorised overdraft than an authorised one.

Those new rules come into force next April, but a host of providers are getting ahead of the curve and announcing what their rates will be already.

Who has announced new overdraft rates?

HSBC, which currently charges customers rates of between 9.9% and 19.9% for dipping into their overdraft, will instead be imposing a single rate of 39.9%.

First direct and M&S Bank ‒ both part of the HSBC family ‒ have published their new rates too.

At first direct, for example, customers currently pay 15.9% EAR on arranged overdrafts over £250, while unauthorised overdrafts incur a £5 daily fee.

They are being replaced with an interest rate of 39.9% EAR for all customers, the same rate introduced by M&S Bank.

Nationwide implemented its own single rate of 39.9% across its current accounts in November (although you still get the first 12 months interest-free on the FlexDirect account), having announced the changes back in the summer.

This seems to make clear that 40% interest is going to be the ‘new normal’ when it comes to overdrafts.

And let’s be honest, these providers are surely looking for a rate that will allow them to make a similar return from overdrafts as before to keep shareholders happy, while also keeping them on the good side of the regulator.
This hints at just what a nice little earner the previous set-ups were, no matter how ‘reasonable’ that £5 monthly charge for falling into the red may have seemed at the time.

This is a particularly expensive time of year, from Christmas presents and food to simply keeping the heating on for longer.

As a result, people will be debating the best ways to borrow, to get a little help keeping their heads above water.

Every year, certain truisms will be reeled out by journalists like me ‒ the potential merits of using a 0% credit card, avoiding ending up paying interest on your card as it quickly adds up.

But the fact is that these overdrafts are whacking you with interest rates that are double the typical rates you’ll have on your credit card, making it all the clearer that an overdraft is a dreadful way to borrow.

In 2017, banks and building societies made profits of a frankly incredible £2.4 billion in profits from overdrafts alone. It has been a money-making racket for a long time, and these more ‘honest’ rates make that all the clearer.

Getting into better habits

If you tend to use an overdraft as a bit of emergency protection against some iffy budgeting or an unexpected bill, then chances are you’d better off having a low-interest credit card instead.

For example, there are a handful of cards with representative APRs of 9.9% ‒ spending on those as and when necessary, and then clearing the balance in stages is going to end up costing you less than a normal overdraft.

Alternatively, you may want to focus your attention on current accounts that offer some form of interest-free overdraft.

First direct, for example, doesn’t charge any interest on the first £250 of its overdrafts and will be maintaining that deal even once it shifts to its new overdraft set up next year.

As we mentioned, Nationwide's FlexDirect charges no interest on authorised overdrafts for the first year (the exact size of said overdraft will be based on your financial situation) before jumping to 39.9%.

Who knows, perhaps this new regime will spark some inventiveness from current account providers, leading to the launch of some cracking new accounts that specifically cater to those who occasionally need to make use of an overdraft.

But the early signs suggest that the new rules are more likely to lead to eye-wateringly high rates being charged across the board.

Do you regularly dip into your overdraft? What do you make of the rates announced so far? Let us know in the comments section below.