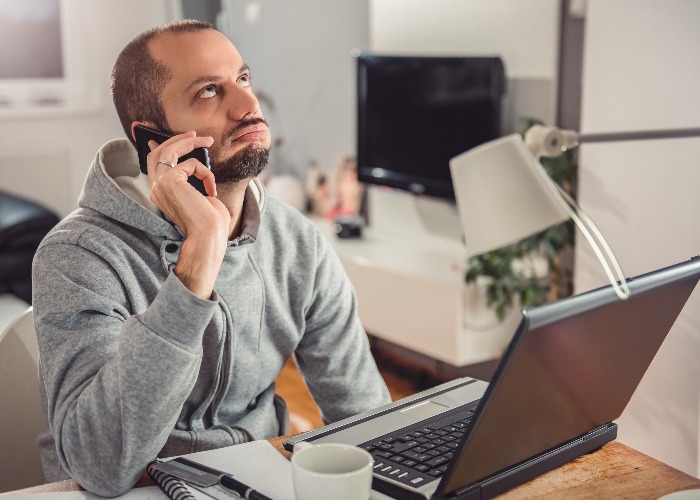 An investigation has found some energy companies leave customers waiting on the phone for up to two hours. Here's what you can do if your supplier isn't picking up.

If you have an issue with your energy supplier, then your first option is likely to pick up the phone and give them a call. However, you’d better be prepared to be hanging on the telephone for a while, with some suppliers leaving customers waiting for as long as two hours to pick up the phone.

That’s according to a new study from the consumer champions Which?, where they made the best part of 400 calls to 32 different energy providers to see how long it took each firm’s customer service team to pick up the phone.

Each provider was called 12 times, at different times of the day and days of the week.

And the study makes for worrying reading for many of us.

Get your money back! How to claim what you're owed from energy firms

Boost Energy ‒ a pay-as-you-go provider owned by Ovo Energy ‒ is not exactly a household name. And that’s probably a good thing, given the fact that on average the researchers were left waiting for 40 minutes and 58 seconds for the call to be answered.

I don’t know about you, but I can think of an awful lot of more interesting ways to spend 40 minutes than waiting for someone to pick up the phone from your energy supplier.

It’s worth remembering this was just the average too ‒ one caller was left waiting for a ludicrous two hours and 39 minutes before their calls was answered. On four other occasions the Boost team took upwards of an hour to pick up the phone.

A far more familiar name was the second worst performer here ‒ British Gas. On average its customer service team took over 23 minutes to pick up the phone, followed by Orbit Energy which also took a little over 23 minutes.

If you find yourself facing a long wait on the phone, you have a couple of options.

Sometimes, an automated message will offer you a callback. This could be worth taking, as it effectively reserves your place in the queue. This isn't without its own risks though, as we've heard anecdotal reports of firms simply not bothering to ring back.

Alternatively, many energy suppliers now have ‘live chat’ options on their websites, which can get you assistance much faster than through the phone.

This is another feature investigated by Which?, with Outfox the Market living up to its name by responding within 10 seconds on average.

EDF, Scottish Power and Ampower all took less than a minute to respond as well.

However, Shell Energy had an absolute shocker on the live chat front, taking an average of almost 34 minutes to respond, a dire performance. That’s 20 minutes longer than the next worst at responding, SSE, which took 13 minutes.

Occasionally, the beginning of an online live chat will be conducted by a ‘robot’, or computer programme, but you will eventually be passed to a human being.

This isn't usually the best route for complicated issues or complaints, but if yours is straightforward it could be the best bet.

If the company doesn’t have an online chat function, then you could email them or use their online contact form, though this is unlikely to lead to a quick response. Nonetheless, it may beat sitting on hold for ages.

Energy rights: what to do if your gas or electricity company goes bust

At the other end of the scale, it’s the smaller, challenger suppliers that were the quickest to answer calls. Together Energy for example took just 51 seconds, while Ampower took one minute and four seconds.

The best performer of the bigger names was Scottish Power at two minutes and 28 seconds.

It’s similarly a case of the smaller names outperforming the big boys when you dig into Citizens Advice’s studies into energy supplier customer service.

It puts together its rankings on areas including complaint numbers, how easy they are to contact, how clear the bills are, how easy it is to switch and customer guarantees, arriving at a rating out of five.

That said, its worst ranked providers are also far from household names ‒ Bristol Energy is bottom with a score of 1.7, followed by Utilita (2.15) and Orbit Energy (2.25).