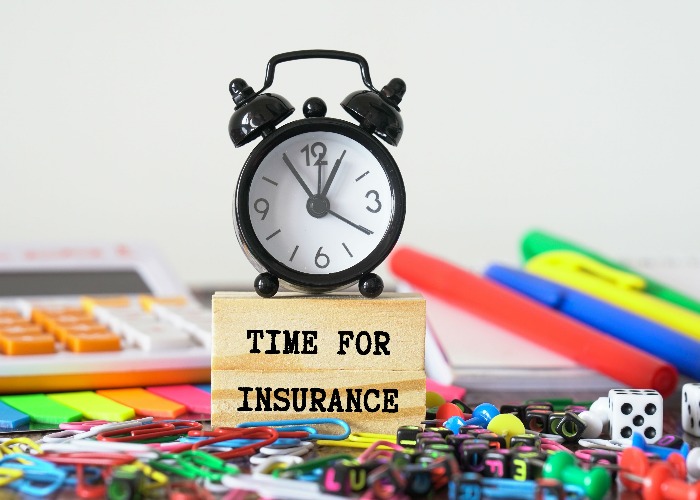 When our writer looked at her home insurance renewal quote, she almost spat out her tea. Here's why you should always, always avoid auto-renew.

This article needs to begin with a confession. Whenever I write about keeping more money in your pocket, I always include tips like ‘never let your insurance auto-renew’.

It’s just an obvious win, really, every year there are more studies that show many insurers hike prices at renewals time, clearly hoping their customers simply won’t bother to shop around and switch.

So I’m slightly embarrassed to say that last year I let my household insurance – buildings and contents – auto-renew.

In my defence, we were on a two-week holiday when the letter came through and then in the chaos of back-to-school and back-to-work (and coming to terms with the fact it was no longer appropriate to have a cocktail with lunch) I forgot.

Having forgotten, I didn’t bother comparing prices because I didn’t want to see how much I could have saved. Then this year’s renewal quote hit the doormat…

Now read: How to cut your home insurance costs

Yes, despite never claiming on our home insurance in our entire adult lives, the renewal quote had somehow leapt to just over £900.

I made myself a cup of tea to help with the shock and sat at my computer to see if that was normal for home insurance these days. I mean, the kids have a lot of toys but frankly, their train sets and Lego would need to be made of solid gold to justify that kind of cost.

And I was right – it was ridiculous. Comparable cover cost just £300 from a similarly reputable insurer and even came with legal cover too so we’d have support if e.g. a delivery driver hurt themselves on our property.

But then I got the cost down even further.

Experienced bill shock? LoveMONEY has put together a guide of what to do if it happens to you.

We just don’t have that much stuff…

I looked at the level of contents cover we had and realised that we simply didn’t need as much as we had insured for.

Walking around the house and pricing up our possessions, even including jewellery and games consoles, we were over-insured by tens of thousands of pounds.

In some ways, that’s understandable. The biggest danger with home insurance is that you under-insure your possessions.

In fact, most insurers will say that you only protected 3/5s of your contents and so they will scale down the amount you are able to claim accordingly.

Underinsurance is definitely a risk, particularly when we fill our homes with so much pricey tech these days.

But the other risk is over-insuring and paying more than you need. After all, if your possessions are worth £40,000 but you insure for £80,000 that doesn’t mean you get the extra cash in your pocket after a disaster. You’ll get your £40,000’s-worth of belongings replaced and that’s it.

Clearly, when I had set up the policy I had overestimated rather than run the risk of leaving myself without sufficient cover.

But as I walked around the house adding up the contents, and not forgetting things like rugs and pictures and toys, I realised we had severely over-egged our estimate.

A more realistic estimate of the value of our possessions brought the policy cost down by a further £100.

I had saved £700 and it took me barely half an hour. That’s a rate of return I can definitely get behind!

Okay, who was my insurer?

I thought about naming and shaming my ex-insurer for this. In some ways, it would be quite satisfying to do so because I’m genuinely annoyed that they punished our loyalty by hiking up the price until they couldn’t get away with it any longer.

But then I realised that an awful lot of insurers behave this way. I want this story of my personal finance journalist/home insurance SHAME to at be a cautionary tale for everyone who reads it rather than simply outing one insurer for behaving badly.

So I won’t tell you which insurer it was, except that it was a trustworthy and established brand. If they’re overcharging loyal customers by hundreds of pounds a year then it’s always worth checking every renewal quote from every insurer to make sure you’re not paying through the nose.

This is not okay

Insurance is a risky game. Well, obviously. It’s about risk. But also, insurers know that to attract new customers they need to provide competitive quotes – it’s all about appearing at the tip of the comparison sites to win business.

But then they need to make these policies pay and far too many of us don’t bother looking at the price on the renewal quote, so that’s when they take their profits.

However, I’d argue that it’s not acceptable to rely on gouging loyal customers to make the business model work.

Punishing loyalty with ever-higher premiums, even if the policyholder hasn’t claimed, is not a good way to do business.

I’d like to see an insurance landscape where I stay with an insurer for a number of years because they are right for me rather than because I forgot to cancel my renewal.

It would be better for customers and, I think, better for insurers who could focus on providing a compelling reason to stay such as great customer service rather than hoping customers forget to cancel and pay far more than necessary.

Look, I’m a working mum with three kids and a dog and a hundred things I need to do. But if I had let my policy drift on into auto-renewing for a further year, that would have been £700 of my annual household budget gone for no reason. That’s enough for a family holiday!

Always check your renewal quote. There’s just no reason to overpay by even a couple of hundred pounds and you might find you save far more.

Have you ever been caught out by a renewal quote? Should insurers reward loyalty or is it okay to punish apathy? Have your say using the comments below.