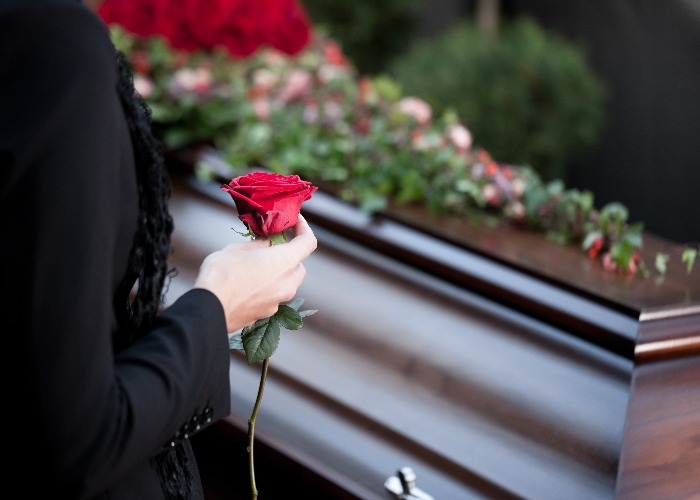 Two different regulators are investigating the rising price of funerals, with the average funeral costing over £4,000. For now, here are the main ways to cut costs.

The Competition and Markets Authority (CMA) has launched an investigation into the price of funerals.

The CMA will look at competition in the sector and whether funeral directors are providing enough information to allow customers to choose the cheapest deal for them. The review will end on the 28 June and you can contribute your views.

In a separate but parallel review, the Treasury is looking at the cost of pre-paid funeral plans.

Providers of these plans have been accused of miss-selling and of not covering all costs, leaving families to make up the shortfall (more on this below).

The Treasury's review is also seeking feedback until August.

Why regulators are taking action

Given the steep rise in the cost of funerals, it's no wonder they have attracted regulators' attention.

The total cost of dying is now almost £9,000 once you factor in all the various costs, such as the funeral, burial plot, admin and legal fees.

Overall, it’s about 50% more expensive to die in 2018 than in 2007, meaning even careful savers may not have saved enough.

Of those that fall short, families must make up a shortfall of £2,356 on average.

Two in five people don’t make any financial provision for their funeral.

Perhaps unsurprisingly, the funeral itself is usually the biggest financial outlay, with the average one now costing £4,078, according to SunLife.

There are several ways to plan for and bring down the cost of the funeral, depending on your personal preference. Here we run through the main options.

Around one in three people opt for a pre-paid funeral plan, SunLife estimates.

A pre-paid plan doesn’t offer you any discount on the cost of your funeral, but you do get to lock in today’s prices, which given how funeral costs are rising could save you a lot of money if you don’t die for many years.

But, there are drawbacks to pre-pay funeral plans; the main one being that your relatives could still end up having to foot part of the bill.

This is because with many plans there can be a shortfall when it comes to covering all the costs.

Plans typically guarantee to cover the funeral director’s costs, but many only have an allowance towards any third-party costs such as cremation and burial fees.

This allowance may rise with inflation, but cremation and burial costs, along with many more of the costs around dying have been rising at a far faster rate than inflation. This could mean there is a shortfall when you die.

Take care when using comparison websites, which are unregulated, and look for providers that are part of the Funeral Planning Authority.

Read our full guide to prepaid funeral plans and what to watch out for here.

Life insurance could be another option if you're currently aged under 50.

A direct cremation is the cheapest option for a funeral.

Unlike a traditional funeral, the body goes straight to the crematorium with no ceremony. The ashes are then delivered to the family.

Musician David Bowie underwent a direct cremation in 2016 and the practice is growing in popularity.

The average cost of a direction cremation is £1,835, compared to a traditional cremation cost of £3,596, although the price can vary by region.

Almost all funeral providers offer the service and you can get a prepaid plan.

Another advantage of the direct cremation is that by holding a ceremony elsewhere, at a time of your choosing, you can cut costs on extras.

The Funeral Expenses Payment can help to pay for burial or cremation fees, transport and death certificates and other expenses.

However, the payment rarely covers the entire cost of the funeral and what you get depends on the level of Government assistance you receive.

If the deceased had a pre-paid funeral plan you can only get up to £120 to cover items not covered in the plan.

The Government has recently waived all child burial fees in England after a campaign by Labour MP Carolyn Harris, who had to take out a loan to bury her son.

Other ways to cut costs

Two in five people organising a funeral have tried to cut costs, according to SunLife.

Get quotes from different funeral providers: even within the same postcode, the difference in price could be as much as £2,365, pensions provider Royal London found.

Other than the choice of funeral provider and the coffin, the cost of extras can also be important.

The memorial, catering, flowers, venue hire and limo hire averages almost £2,000 and all can be reduced by choosing different providers.

Read tax expert Sarah Coles’ complete guide to dealing with the legal and financial implications of the death of a family member.