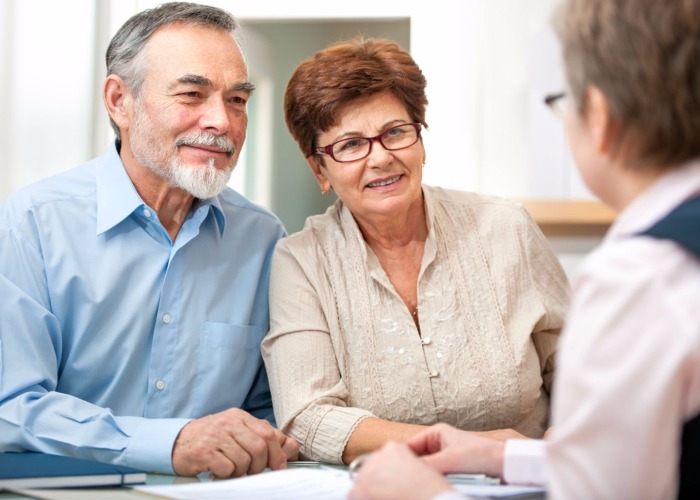 Prepaid funeral plans have a shaky reputation but if you follow these tips, they could help you save on the cost of your send-off.

As funerals get more and more expensive, people are trying to find ways to bring the costs down.

Prepaid plans are one option to sort out your funeral finances. However, what you actually get on prepaid funeral plans can vary wildly, so it’s vital that you do your research.

Graeme McAusland, chief executive of the Funeral Planning Authority (FPA), chats to loveMONEY about what you should be considering before you take out a prepaid funeral plan.

Finding a provider who is FPA-approved

The first step is to find a provider who is approved by the Funeral Planning Authority. “You’d expect me to say that, but it’s really important,” Graeme begins.

If a provider is FPA-approved, they need to adhere to a strict set of guidelines.

“That means that someone objective has actually looked at how it’s been set up, is continuing to look at how it’s working and that the guys who are running it have to behave properly”.

The FPA can fine firms or de-register them. “We try to get them to sort things out with the customer, paying compensation if necessary,” says Graeme.

What services you need

Whether you want an extravagant send-off or a simple and low-key funeral, you need to know exactly what you want when you sign up.

Think about components like coffins, how many cars you want and how many people you want to attend the funeral.

Funeral plan providers should all have key features documents that you can refer to – you can download them from their websites.

It's also good to know that your chosen funeral director can provide the funeral before you make any payments:

There can be some pretty major caveats in that a lot of the stuff you’d expect to be included in the plan aren't.

Pretty much all plans will cover the funeral director’s services, like collecting the body, transporting it, storing it and providing cars.

But you might find yourself tripping up over some of the terms in the small print. The main nugget of jargon you need to look out for in your paperwork is ‘disbursements’ as, like Graeme says, it’s just not a word that people use. This is basically third-party expenses that are part of the funeral but not in the remit of the funeral director. This includes things like burial costs, flowers, medical fees and doctor’s fees.

Again, it’s vital to go over the paperwork first. Different firms deal with inclusions in different ways. "Some will say that all the costs that they list are included. Others will have an allowance of, say, £1,000 to cover these things and the cover will increase with inflation," says Graeme.

Plans have been criticised as payments that are supposed to cover the cost of the funeral ended up falling short, but you should be prepared for this. If the costs involved are greater than inflation when the funeral comes around then the estate will have to pay the difference.

Funeral plans can be broken down into bronze, silver and gold packages which will have a specification of what’s included. It entirely depends on what you want from your funeral, but there's one thing you should always check:

“Ask about the cost of a burial plot”, says Graeme. “I don’t think I’ve ever seen it in a plan. It should be made clear.”

If you’re likely to move before you die, you should give extra consideration to who your policy is with.

Look for providers with national coverage as it will give you more flexibility later on.

There are websites popping up that claim to be comparison websites, but they’re best avoided as it’s very difficult to compare funeral plans like-for-like.

“They say ‘we’ve searched the market’, but behind them is one firm. Then they say ‘we’ll give you a quote’ and this one company calls you back,” says Graeme.

The FPA looks around for sites which have the FPA’s logo or those of providers registered to it to make sure that the sites are legitimate.

But Graeme advises against any site that seems dodgy:

“Anything that looks like a comparison site, walk away from it”.

It’s not a comparison site in the most conventional sense, but Defaqto has a list of star ratings across the funeral market which you can use as a starting point.

Tell your friends and family

“Sit down with your nearest and dearest, explain to them what you’ve done, go over what’s included and what’s not included – show them the paperwork,” says Graeme.

Make sure all of you know what’s going on so that any of you can discuss terms with the funeral plan provider.

The Funeral Planning Authority also provides a service on its website to help people trace plans that customers either can’t find or might have forgotten about.

Admin costs for funeral plans have come under fire in recent months. One of the key problems is that there isn’t much clarity in how much of the final cost they make up. A report released by Fairer Finance earlier this year revealed that some providers are charging upwards of £1,000 in admin fees alone.

The fee will vary depending on which plan you choose. The same firm will provide different plans with different admin fees, so watch out for that.

Graeme says that these costs only becomes an issue if you’re cancelling and that on the whole, a prepaid plan is “pretty close to an on-the-day fee.”

Somewhere down the line, you might decide you don’t want a prepaid funeral plan anymore.

Normally, your money will be paid into a whole-of-life insurance policy or a trust rather than being held by the funeral director. This means that your money is protected elsewhere should your provider go bust.

After you’ve paid money, you’ll have a cooling off period afterwards but you’ll incur a fee if you cancel later on.

The cancellation will vary between providers. Those who paid a lump sum will get their money back minus a cancellation fee, which could cost between £100 and £500.

If you pay in instalments, they’ll be stopped and the amount you’ve already paid in will be used as "a contribution to your funeral when the time comes".

Anyone who has had an issue with a prepaid funeral plan can make a complaint to the Funeral Planning Authority. Your complaint may be put through an official dispute resolution service.

Be careful – if the problem arose at the funeral itself, you’ll need to go through a funeral director complaints service.

Help protect your loved ones by taking out a life insurance policy – get a free, no obligation quote today

Funeral plans: many pressured into policies which don't cover costs

How to pay for a funeral