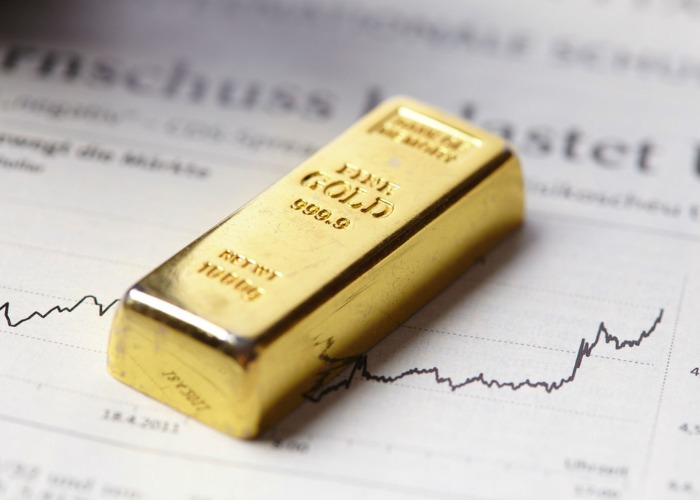 Is gold a good investment? Rob Griffin takes a look at the pros and cons of investing in the precious metal.

The desirable precious metal has been regularly traded, turned into beautiful items of jewellery, and even stolen.

It's certainly having a revival.

The Pure Gold Company says it has seen a 42% increase in first-time investors purchasing gold so far this month compared to January 2017, as renewed concerns over a possible cryptocurrency crash, geopolitical tensions and uncertainty over Brexit prompt safe haven sales.

However, some are more hesitant when it comes to investing.

Gold can diversify your portfolio

Diversification makes sense and gold won’t react to events in the same way as traditional asset classes in your portfolio, according to Adrian Lowcock, investment director at Architas.

“It’s different to equities and bonds,” he said. “Gold has been an excellent store of value and long-term protection against inflation.”

This is why it’s seen as a safe haven investment. “When investors become risk-averse and take money out of assets such as equities, gold is one they consider,” he added.

It has acted as an insurance during times of geopolitical stress

The increasing war of words between the United States and North Korea had a positive effect on gold, according to Juliet Schooling Latter, research director of Chelsea Financial Services.

“It’s one of the few asset classes to maintain its negative correlation at times of severe market stress and can be a hedge against hyperinflation,” she said.

Now could be a good time to get involved

Some of the fundamentals are in place for gold to perform well, according to Patrick Connolly, a certified financial planner with Chase de Vere.

“There is continued demand from sovereign nations, uncertainty surrounding the global economy, significant geopolitical risks, and the outlook for other assets is very mixed,” he said.

Chelsea’s Schooling Latter agreed. “The reversal of quantitative easing and interest rate rises from the US and/or UK could also unsettle markets,” she said.

There are different ways to get exposure

You can get involved in three main ways: buying physical gold; getting exposure through an Exchange Traded Commodity; or buying shares in gold mining companies.

To enjoy the full diversification benefits you’ll need to buy physical gold, whether in the form of jewellery, gold coins, or parts of bars held in storage by specialist companies.

ETCs, which track gold price movements, are popular as they can be easily traded, while you can buy individual shares or specialist funds that own a wider number of stocks.

Mining companies must keep production costs lower than the gold price to make a profit but many have let them spiral, according to Mark Dampier, research director of Hargreaves Lansdown.

“There is some evidence to suggest mining companies are trying to turn things around by cutting costs and initiating management change, but it is early days,” he said.

If this works then they can benefit from leveraged gold price exposure, according to Lowcock at Architas.

“Gold miners have a minimum cost of extraction to mine gold so once they price is above that minimum cost any excess is pure profit to the company,” he said.

Alternatively, you can invest in a Stocks & Shares ISA for as little as £50

The price has been volatile over time

The gold price has been so volatile over time that you can legitimately question its status as a safe haven investment, argued Connolly at Chase de Vere.

“This is a very volatile performance for a supposedly safe asset class,” he added.

Schooling Latter at Chelsea Financial Services, suggested gold was like marmite: some love it and others hate it.

“It divides investors,” she said. “Warren Buffett sees no value in owning gold because he argues it will always underperform over the long term because it can’t compound over time.”

David Coombs, head of multi-asset investments at Rathbones, said gold was a “catastrophe insurance policy” for one-off events – that had only made money a handful of times.

It doesn’t produce income or interest

Gold doesn’t produce any income, interest or dividends. It just sits there. This means its price depends solely on demand and supply – and how much people are prepared to pay.

The idea is to buy it, tuck it away and hope someone will pay more for it in the future, according to Matthew Walne, managing director of Santorini Financial Planning.

“Fear or greed drives the price, rather than a quantifiable measure such as how much income it will produce,” he said. “By comparison, investments like property, shares and bonds generally provide income alongside an inherent capital value.”

You may already have exposure

Anyone with a diversified investment portfolio – particularly if multi-asset funds are part of the overall mix – then there is a chance that you’ll already have some gold.

If that’s the case then you need to decide whether that’s enough – or if you want to increase the amount of overall exposure, pointed out Connolly at Chase de Vere.

“Most investors will have some access to gold and other mining shares simply through holding a balanced and diversified portfolio of investment funds and don’t need to consider additional exposure to this asset class,” he said.

There are risks facing gold

No-one knows for sure what the future holds. While it’s often held as a potential safeguard against international problems, there are also conditions in which it will struggle.

“The biggest risks for gold are likely to be a strong US Dollar, less demand from India, China and central banks and world peace, as gold is an asset that people turn to in a crisis,” he said.