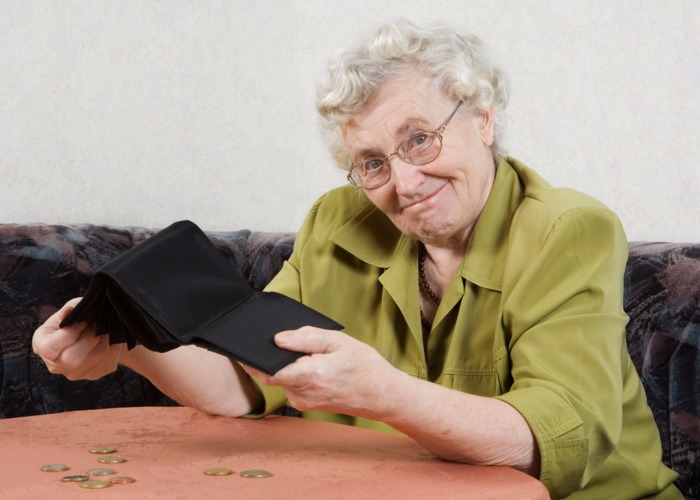 The ever-rising cost of the State Pension has long been a contentious issue. Sarah Coles explores means testing and other funding options.

In the year to 2015, the UK Government spent £258 billion on welfare payments, and according to the Office for National Statistics, the largest chunk of that, by far, went on State Pensions – a whopping £108 billion.

The Office for Budget Responsibility highlights that the cost of State Pensions has been rising steadily in cash terms for the past three decades, and by 2022 it’s set to increase another 14%.

At a time when Government spending is under so much pressure, there’s an industry-wide consensus that something must be done to cap costs.

The sheer size of the pensions burden is overwhelming. ONS figures show that it makes up an incredible 42% of welfare spending. It dwarfs unemployment benefits at £3.5 billion, and even family benefits, income support and tax credits, which come in at £44 billion.

The ageing population means that over time this figure is going to keep rising. John Cridland’s review of the State Pension concluded that over the next 20 years, this will mean the Government has to raise another £60 per household, per month, to pay for State Pensions as they stand.

What options do we have?

To keep costs under control, the Government is going to have to take one of a number of unpleasant steps. Its current favoured option is to keep raising the State Pension age. However, this approach has its flaws.

As Tom McPhail, head of policy for Hargreaves Lansdown, points out:

“You run into the issue of intensifying social divisions, because increasing longevity is not a rising tide that lifts all boats. Some sections of society face far smaller improvements than others.”

Life expectancy for men in Glasgow is just over 75 years. Meanwhile in Chelsea, men can expect to live just beyond the age of 85, and therefore draw a State Pension for twice as long.

Michael Johnson, an expert working for the right wing think tank, The Centre for Policy Studies, points out: “The poorest in society are hugely subsidising the wealthiest, who do not even need a State Pension.”

One potential solution is to tailor the State Pension age to an individual’s life expectancy, but Johnson highlights that this is not a ‘practical alternative’ because ‘such a regime risks spawning immense complexity and cost’.

To avoid further rises in the State Pension age, the Government could cut the pension itself, either by making outright reductions, or by severing the link to inflation. Unfortunately, with so many people relying on the State Pension for the lion’s share of their retirement income, this risks pushing large numbers of retired people below the poverty line.

Some high-profile experts believe that the answer lies in means testing the State Pension.

In support of means testing

This is an approach that has garnered support from a number of respected experts in the field over the past few months.

Back in April, a report for the Organisation for Economic Co-operation and Development, suggested ending payments to the wealthiest 5% or 10% of retirees, so that more cash was available for those in most need of support.

Mark Pearson, deputy director of employment, labour and social affairs with the OECD, noted that the pension system in the UK was among the least generous of the OECD’s 35 member countries. He suggested that to ‘ease the tyranny of the maths’, giving less to the people at the top end of the wealth spectrum would free up resources to make the basic State Pension more generous.

Paul Sweeting, a professor of actuarial science from the University of Kent favours this option too. In a recent study, he suggested that the State Pension could be means tested gradually for higher rate taxpayers – so they initially give up £1 of State Pension for every £10 of income over the higher band threshold.

At the end of last year, Johnson also published a study calling for means testing for the State Pension – alongside every other pensioner benefit. However, he went even further, and argued in favour of ‘running-off’ the State Pension from 2020 altogether.

It would be replaced with a workplace ISA, which would fund retirement between the ages of 65 and 80, at which point a more generous Senior Citizen’s Pension would kick in.

Means testing is not a popular suggestion among retirees: this was evident when the OECD and CPS studies were published, and greeted with a wave of disbelief. Many pensioners are labouring under the misapprehension that they have worked and paid National Insurance all of their working life, so they have ‘earned’ a State Pension.

However, that’s not how the system works. Certainly, the current system is notionally linked to National Insurance Contributions in that you need to have made them for a minimum number of years in order to qualify. However, the contributions paid today aren’t put aside to pay our own pensions, they are used to pay pensioners today.

More to the point, they don’t even cover the cost of today’s State Pensions anymore. In 2016, the National Insurance Fund received £84 billion in NICs but paid out £92 billion in benefits. The rest had to be covered by a grant from the Treasury.

It’s also worth bearing in mind that State Pensions are part of welfare payments rather than a contractual obligation. Regardless of how much NI you contribute, it’s entirely up to the Government whether you receive any kind of pension at all from the state.

Means testing has a fair amount of opposition among some pension experts too. McPhail points out that it is socially divisive, and introduces complexity to the current system, which at the moment at least benefits from simplicity. Cridland, meanwhile, argues that pensioners are likely to be less wealthy in future. At that point, the cost of means testing would be so high that the savings wouldn’t justify the move.

Both of them are also concerned about the fact that means testing could put people off saving into a pension of their own, on the grounds they would end up being penalised for it by the system.

These are all valid arguments, but when it comes to solving the pensions crisis, there is no perfect answer, and no solution that pleases everyone.

Any potential solution is simply the ‘least worst’ option. For the current Government, raising State Pension ages appears to be the ‘least worst’ politically, because it is putting off the pain for the future, and therefore avoids a backlash from voting pensioners.

However, when you remove politics from the equation, there are those who argue that means testing – taking the State Pension from those who don’t need it and giving more to these who do – is the lesser of all the available evils.

Make sure you protect your loved ones with a life insurance policy. Compare quotes with loveMONEY

Pension tax perk millions are missing out on

Pension exit fees loophole: will you be charged more?

Pension tax blow: were you caught out?