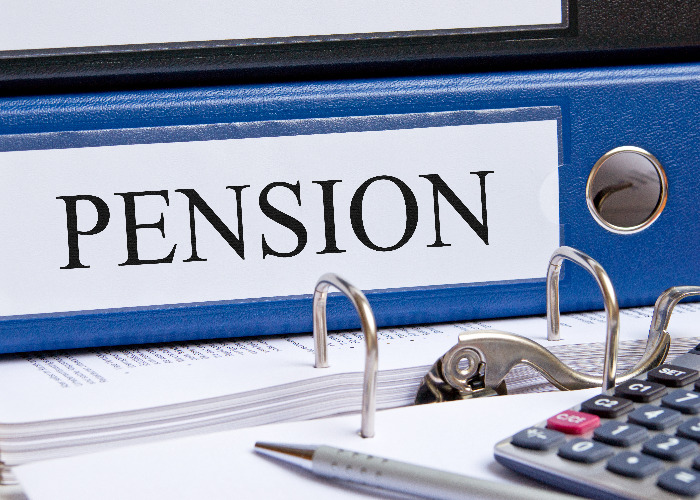 As BMW prepares to close its final salary scheme for 5,000 workers, we look at the huge challenges facing company pension schemes in Britain.

There is an growing concern about the financial black holes in many UK employers' company pension schemes.

This week, German car-maker BMW announced plans to shut its final-salary pension scheme for 5,000 workers in Britain. It follows on from widely-covered troubles at BHS and Tata Steel.

Let's take a look at what is happening to company pension schemes in the UK and if there's anything that can be done to fix it.

Having a final salary company pension was once the passport to a stress-free retirement.

In exchange for years of toil and tucking money away each month, workers could look forward to a generous income in later life.

This is no longer the case. A combination of factors, including people living longer, the impact of regulatory changes and falling investment returns have put a question mark over the longer-term viability of such schemes.

Thousands of schemes in deficit

This anxiety isn’t helped by the fact there are 5,042 schemes in deficit, representing 85% of the total 5,945 defined benefit schemes, according to the Pension Protection Fund, which pays compensation to members in failing schemes.

Read: Pension Protection Fund: what it is and how much compensation you get for more on how the scheme works.

Dig further into the data and you find that UK final salary pension schemes has an estimated combined deficit of £459.4 billion at the end of August 2016 – up £82.6 billion on July's figure of £376.8 billion.

Tom McPhail, head of pensions research at investment company Hargreaves Lansdown, is concerned. He fears the pensions funding gap has now become so large that compromises need to be hammered out between the interested parties.

“I don’t see how employers and British industry will ever generate sufficient income and profits to make good on all the promises made to final salary scheme members,” he says. “It looks like that gap is unbridgeable.”

The ways in which the situation is being managed, he suggests, is flawed.

“You get the assumption of 100% security which is occasionally interrupted by a crisis situation like BHS or Tata Steel where you suddenly have to renegotiate what’s available to the members – and that’s not a satisfactory way of going about things,” he adds.

Final salary schemes, many of which have been closed to new members, provide benefits at retirement that are based on a combination of earnings and length of membership in the scheme.

However, defined benefit schemes being in deficit doesn’t automatically mean they are in danger and members won’t receive their money, points out Patrick Connolly, a certified financial planner with financial advisers Chase de Vere.

“We believe the overwhelming majority of defined benefit pension schemes will be able to pay benefits in full – and even where they can’t there is a strong level of protection through the Pension Protection Fund,” he says.

Pension deficits can act as a drain on companies because it can adversely affect their ability to both invest and borrow money. As a result it can be particularly difficult for them to consider potentially valuable mergers and acquisitions.

It certainly means important decisions have to be taken.

For example, 54 FTSE 100 companies with funding deficits on their staff pension schemes paid out a total of £48 billion in dividends a year for the past two years, according to research from investment platform AJ Bell.

The study also revealed that 35 FTSE 100 firms actually paid out more in dividends than their pension deficits – including eight of the 20 companies that have the largest deficits – which raises questions over whether public companies are striking the right balance.

Russ Mould, investment director at AJ Bell, acknowledges that management teams have tough decisions to make as to where best to allocate capital to ensure profitable growth and sustainable shareholder payouts but also sounds a warning.

“Insufficient contributions to the pension fund could leave the company with hefty liabilities which could drag on future performance and ultimately lead to staff receiving lower pensions if the business runs into difficulties and enters administration,” he says.

Tom McPhail at Hargreaves Lansdown believes the only solution is for shareholders, employees and pension scheme members to get round a table and come up with some sensible compromises to make final salary schemes viable.

“The Pension Protection Fund is doing an extremely good job but it only has assets of around £23 billion and so its capacity to manage some of these risks is dwarfed by the scale of the overall final salary sector,” he adds.

Frank Field, chair of the Work and Pensions Committee, has warned that the problems being encountered by Tata Steel and BHS are not special cases. In fact, he argues such schemes are creaking from rising life expectancy and record low returns on capital.

“Pension law and regulation must urgently adapt to the issues of the future, rather than the problems of the past,” he says. “The whole savings edifice is in danger.”

He has also pledged the Committee will consider defined benefit pension schemes in their entirety, pointing out that the impact on people’s living standards from intergenerational trade-offs of income and wealth were brutal.

“It’s not now simply that children in today’s nurseries will be paying for our pensions and healthcare – it may be that – but the pension promises for today’s pensioners are being stacked up against the jobs of those people who followed them into the firm,” he says.

Put your money in a Self-Invested Personal Pension (SIPP) with loveMONEY today (capital at risk). Find out more by reading our guide on How to start a SIPP.

The latest in pensions:

One million pensioners forced to ask for handouts

How to pick the best pension funds