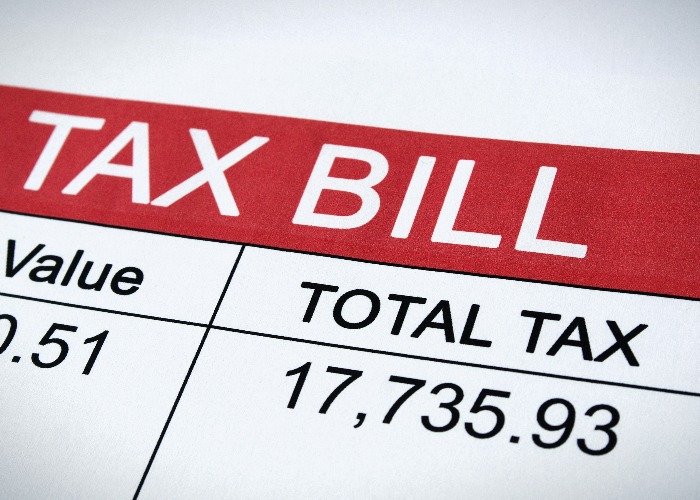 If you are struggling to pay HMRC what you owe, then a ‘time to pay’ arrangement may be the answer to your tax bill worries.

Record numbers are making use of a help system put in place by HM Revenue & Customs to support taxpayers struggling to pay what they owe.

New analysis from law firm Pinsent Masons has found that there are now a whopping 864,400 taxpayers making use of ‘time to pay’ arrangements.

Not only is that a new record, but it represents a staggering increase in the number of taxpayers spreading their payments in this way just a year ago when there were 647,770 arrangements in place.

Clearly, a huge factor in this big jump is the pandemic.

A significant number of businesses have closed their doors because of the various lockdowns and Covid-related measures, and as a result, plenty of individual taxpayers have found it much harder to settle their tax bills, perhaps because they were put on furlough or even lost their jobs entirely.

The growth in arrangements is even starker when you compare it to 2010, after the last financial crisis, when there were just under 140,000 taxpayers on such agreements.

Struggling to pay your bill? Here's what HMRC has to say

How does a 'time to pay' arrangement work?

Time to pay arrangements allow taxpayers to spread the cost of the money that they owe to HMRC.

Each arrangement is based on a taxpayer’s own circumstances, so there isn’t a ‘standard’ agreement.

Instead, the taxman looks at what you owe, what you earn and how long you will likely need in order to clear that balance.

It will also look at the assets you own, to see if they can be used to clear your debt. That doesn’t mean pushing you to sell your family home or try to access your pension early, though.

There’s no upper limit on the amount of time HMRC can give you in order to clear your debt, while it also emphasises that it typically expects you to pay no more than 50% of your disposable income towards the debt, though this may be higher if you have very high levels of disposable income.

The agreement is flexible, rather than a fixed contract. As a result, if your income grows or you receive a windfall, then it can be shortened, but equally, it can be extended if need be.

Be warned though, there is a cost to consider here as interest will be charged, so it will cost you more overall than if you are able to simply clear those tax debts in a single payment.

Advocates of the time to pay system argue that it is beneficial for both the taxman and taxpayers at large, as it ensures that HMRC receives a larger portion of the tax owed ‒ plus interest ‒ than if the taxpayer ended up having to go through the insolvency process.

Taxpayers obviously benefit too, since they get a bit of breathing space over clearing their tax debts and can repay the money they owe in affordable chunks.

Getting a 'time to pay' arrangement in place

So if you’re struggling with your tax liabilities, how do you go about setting up a time to pay arrangement?

The first step will be to contact HMRC itself to explain your situation. During the call with the taxman, you’ll need the following:

Based on your circumstances, and what you owe, HMRC will then draw up a time to pay arrangement if it believes this is the best way forward.

If you cancel your payments or simply fail to make them, then the taxman may look to renegotiate the arrangement. However, it can take other action such as an HMRC field force officer visiting you at home, or starting county court or insolvency proceedings.

Sam Wardleworth, associate at Pinsent Masons, noted that while HMRC has been more flexible than is typically the case over rescheduling tax debts during the pandemic, it would be a mistake to assume this will remain the case in future.

He added: “For most taxpayers, difficulties in agreeing a Time to Pay arrangement typically arise when they fail to approach HMRC quickly enough or the tax debt is of a higher value. In those circumstances, taxpayers may find themselves subject to a more rigorous application process which requires more thoughtful navigation.”

Setting it up yourself

If you’re self-employed, then you may be able to set up your own 'time to pay' arrangement online, without having to formally contact the taxman.

There are some criteria you need to meet though. The debt will need to be £30,000 or less, you’ll need to not have other payment plans or debts with HMRC and your tax returns will need to be up to date. It will also need to be less than 60 days since the payment deadline passed.

So long as you meet these requirements, you will likely be able to set up an arrangement to pay your tax bill in stages.