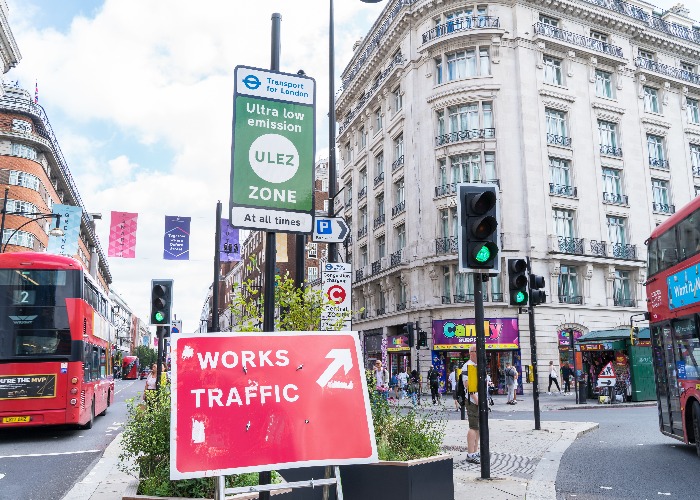 Up to 300,000 more cars are affected by the bigger London ULEZ. We explain where it's expanded to, the cars affected and how much you'll have to pay.

London ULEZ: how it works & where it's expanded to

The ULEZ was first introduced in 2019, covering just central London and is aimed at helping to reduce the levels of air pollution within the area.

Motorists who drive into the ULEZ will have to pay a fee for doing so (more on that later).

ULEZ expanding to the North and South Circular

The ULEZ boundary was initially established in central London but has now been extended.

It has moved up as far north as the North Circular and south to the South Circular.

Note, the Circular roads are not actually included within the ULEZ, so if you’re driving on these roads you won’t be charged.

To the east, the ULEZ has expanded as far as East Ham, while to the west it has moved to Chiswick.

You can see a full map of the expanded ULEZ area on this page of the TFL website (opens as a PDF).

How to check if your car is ULEZ-compliant

Obviously not all vehicles will incur a ULEZ charge ‒ those with 'ultra-low' emission levels won’t attract a charge.

The AA has estimated that around 300,000 cars within the expanded zone might not be compliant, so if you do live in the area or travel there even on occasion you should take the time to check your car won't incur charges from the expanded ULEZ.

You can check for yourself whether your specific motor is ULEZ exempt on this section of the TFL website.

Will your motor be affected by the ULEZ expansion? See how much Motorway will pay for your car by entering your reg in the box below. Please not we may receive a small commission if you sell through Motorway, but it won't affect the price you're offered.

Is there any time when ULEZ won't apply?

There are no time limits to the ULEZ, so it is in effect around the clock, 365 days a year.

As a result, no matter when you drive into that zone, you will have to pay the charge unless you are in an exempt vehicle.

What will I have to pay to drive in a ULEZ?

The fees you have to pay for driving in a ULEZ varies based on the type of vehicle you’re using.

For most vehicles, like cars, motorcycles and vans, then you’ll have to pay £12.50 per day.

However, if you’re driving a heavier vehicle ‒ which is classed as those weighing over 3.5 tonnes for lorries and five tonnes for buses and coaches, that fee jumps to £100.

How do I pay the ULEZ charge?

The ULEZ has to be paid by midnight on the third day following your journey into the ULEZ.

You can do this online through the TFL website or through the TFL Pay app. What’s more, you can set up an auto pay function so that any outstanding fees are immediately cleared once they are incurred.

Punishments for failing to pay the ULEZ charge

If you don’t pay the fee in time, then you are at risk of far greater financial penalties.

You may be issued with a penalty charge notice, which would mean a £160 fine, though this is halved if you pay within 14 days.

Bear in mind that you can receive separate penalty charge notices for each day in which you drive within the ULEZ, so those fines can swiftly add up.

Will your motor be affected by the ULEZ expansion? See how much Motorway will pay for your car by entering your reg in the box below. Please not we may receive a small commission if you sell through Motorway, but it won't affect the price you're offered.

What about the congestion charge?

The congestion charge comes to £15 per day.

There are certain motorists who won’t have to pay a ULEZ charge though, even if their car does not fall within the exempt category.

For example, people who registered for the residents’ congestion charge discount are being granted a time-limited grace period where they won’t have to pay, though this is only to give them more time to change their vehicle.

Residents of the general ULEZ area still have to pay the charge.

Keepers of vehicles registered with a ‘disabled’ or ‘disabled passenger vehicles’ tax class will also be exempt until October 2025, so long as their vehicle doesn’t change tax class.

In addition, London-licensed taxis are exempt.

You can check out the full details for vehicles that are exempt, or may benefit from a discount, on this section of the TFL website.