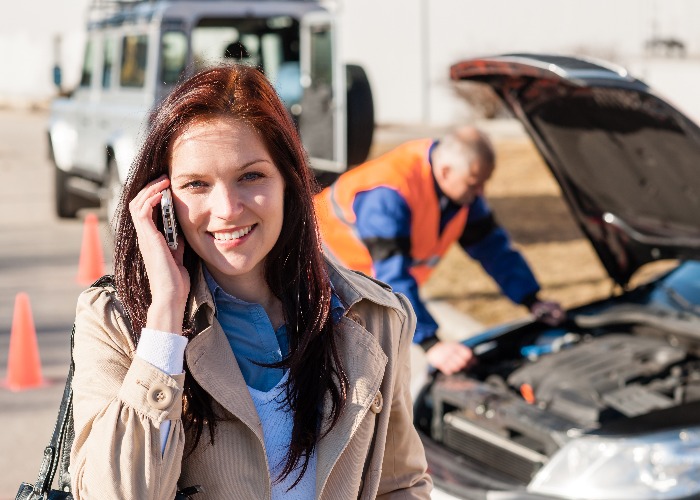 Which older motors are less likely to develop problems? Here are the UK's most reliable used cars.

Reliability is a big draw for any car.

Knowing that trips to the garage are likely to be a rarity rather than a regular occurrence is not just good for your mental health, it’s a boon for your wallet as well.

This becomes even more crucial when you’re looking at picking up an older car, such as a model that’s been on the road for six years or more.

After all, with a new car, you know that most things will be covered by the warranty, but that safety net disappears after a couple of years.

The latest WhatCar? reliability survey looks into exactly this issue, polling drivers on how reliable their motors (between the ages of six and 15) are and what the most common issues are.

The cars are awarded a percentage score, which is based on how long each faulty car took to be fixed and how much the drivers had to cough up for those repairs.

Here are the motors that you can trust ‒ and those that you need to be wary of ‒ in each car category according to the survey.

When it comes to smaller vehicles, you can’t do much better than the Kia Picanto. It notched up a total score of a fantastic 98.5%.

Just 6% of cars experienced an issue, with the battery most commonly the cause. All cars were fixed within a day and no repair bills crept above £100.

The contrast is clear with the Vauxhall Corsa, which finished with a score of only 73%.

More than one in three drivers experienced a problem with their motor, and while they could all still be driven, in some cases the cars took more than a week to fix. It wasn’t always a cheap repair job either ‒ two-thirds of drivers faced bills of between £101 and £500.

The diesel version of the Seat Leon is the top of the family car tree when it comes to reliability, having scored an impressive 98.7%.

A paltry 5% of motors developed a problem, usually with the brakes, and all cars could still be driven.

Repairs were quick and pretty cheap too ‒ no bills topped £200.

It’s not such a good story if you have a Skoda Octavia. A shocking 53% of drivers had a problem, with almost a quarter related to the engine.

While it was usually a relatively quick fix ‒ three-quarters of cars could still be driven and were back on the road in under a week ‒ half of drivers had to cough up between £501 and £1,500.

Just 13% of owners had a problem, with every car remaining driveable. The problems were fixed cheaply ‒ for free in half of the cases, and no bill above £50 ‒ and all were resolved in less than a day.

At the other end of the scale the Volkswagen Passat is not such a reliable motor, scoring a worrying 57.9%.

Around half of drivers suffered a problem, though putting them right wasn’t a disaster. Three quarters could still be driven, and half were fixed in a day or less.

The most reliable luxury motor was… also the Mercedes-Benz E-Class. This time it’s the 2009-2016 model though, which racked up a score of 94%.

It’s certainly not perfect, with 15% suffering a problem, though these were mostly “minor electrical niggles” according to WhatCar?, with four out five still able to be driven.

While more than two out of five drivers had the issues fixed for free, some had to shell out up to £1,000.

Save up to £270 on your car insurance with MoneySuperMarket

If you want a reliable small or family SUV, the Audi Q3 is as good as it gets. It scores 96.5%, with just 12% reporting problems over the last year. Of the cars that went wrong, all could still be driven and were fixed in a day or less.

It’s certainly not a good story for Nissan Qashqai owners, which scored a diabolical 45.6%.

In fairness, only one in five had a problem, but a third of them were left undrivable and three quarters were off the road for above a week. A quarter of repair bills came to at least £1,000, with some passing the £1,500 mark.

The best large SUV for reliability is the Honda CR-V, with a perfect score.

The contrast is stark with the Land Rover Discovery Sport, which scored just 51.4%. Almost half (43%) had a problem, and while a third were fixed for free the rest incurred bills of up to £1,500.

You can’t do better than the Toyota Yaris Hybrid, which enjoys a 100% rating, with no respondents experiencing an issue.

The least reliable was the Mitsubishi Outlander PHEV, though to be fair it was far from a shocker, scoring a total of 87.3%. Just 11% of cars had a problem, though they all spent more than a week in the garage being fixed.

The most reliable in this category was the Ford C-Max, which racked up a score of 91.7%. Things certainly aren’t guaranteed to go smoothly, with one in five C-Max owners reporting a fault with their motor.

Thankfully the majority were minor issues which were resolved in a far or less. A third of problems were dealt with for free, while the rest cost from £101 to £1,000.

The Vauxhall Zafira takes bottom spot, with a score of just 60.6%.

A third of cars had suffered a problem, across a wide range of areas to boot. One in five couldn’t be driven, and more than a third spent more than a week being put right.

A third of motors had a problem over the year, and just over half of those were completely undrivable as a result. Repairs weren’t quick either, with the majority taking up to a week to fix.

Around two in five drivers had the repair work carried out for free, but the rest were left with bills of between £501 and £750.

It’s a happier story if you drive a different Porsche though, the Boxster/Cayman.

Around 17% of cars suffered a fault, and it was never with any of the major components. Every motor could still be driven, and three quarters were fixed in a day or less. What’s more, 75% of the time the work was carried out for free.

Save up to £270 on your car insurance with MoneySuperMarket

Almost half (45%) of drivers suffered issues, with suspension and battery problems the most common. While most cars were fixed the same day, in some cases, the repair bill came to as much as £1,500.

The Lexus CT scored an astonishing 99.5%, with only 4% of cars developing a problem, all of which were fixed the same day for free. It’s worth noting that when What Car carried out this same survey for newer cars of up to five years old, it managed a perfect score of 100%.

Even the least reliable car in this category is terrifically reliable, with the Nissan Leaf scoring 90.8%.

Only 8% developed problems, in each case with either the brakes or suspension, and were always fixed in less than a week. Repair bills ranged from £300 to £750.

Car dashboard lights: what they mean and how much each repair will cost

The KIA Venga is the top performer here, scoring 95.7%. While one in six cars had a problem, every last one was fixed for free under the warranty.

In contrast, the Vauxhall Zafira is potentially a costly one to put right, with almost half (47%) developing issues. A quarter cost between £750 and £1,500 to fix.

If you want a sporty car, then the Audi TT can’t be beaten for reliability. While around 18% suffered issues, they were generally unlikely to be serious.

At the other end of the scale, the BMW 3 Series Coupe scored just 57%, as a result of more than half (53%) developing problems. While most were repaired quickly, in some cases, the repair bill was over £1,500.