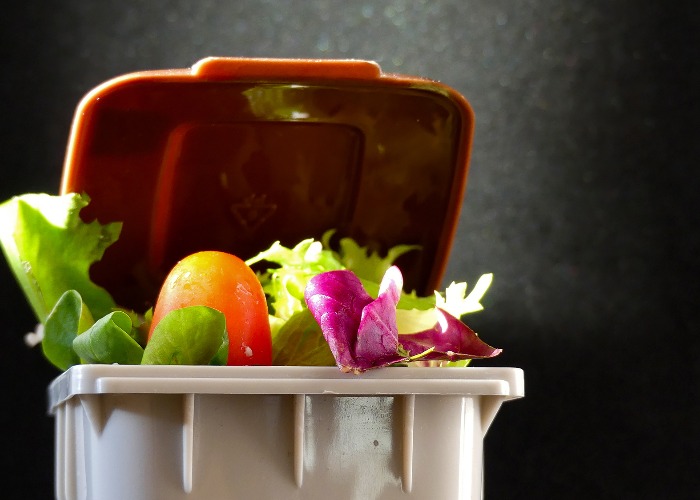 Brits are wasting billions of pounds each year on things that often remain unused. What are we spending our money on and how can we stop buying stuff we don’t need?

Looking around my house in the New Year, I feel that it’s full of stuff – much of it going to waste. There are mountains of clothes, toys and other items.

Meanwhile, the freezer is bulging with food.

Every January, I get the urge to declutter. We live in a house now, but we used to live in a one-bedroom flat.

Sometimes I wonder where all this stuff came from – my husband would say it’s from my love of charity shops, but he has plenty of gardening paraphernalia too.

Apparently, I’m not alone in feeling this way.

According to research by the British Red Cross, almost half of British women think they have too many clothes, with most surveyed revealing they wear less than half of their wardrobe and feel guilty about it.

But what else do us Brits buy too much of and what can we do about it?

19 things you shouldn't be spending your cash on

Back in 2012, government-funded research by charity WRAP (the Waste and Resources Action Programme) estimated a shocking £30 billion worth of clothing – 1.7 billion items ­– languished unworn in British wardrobes, a third of which was destined for landfill.

And according to a recent British Red Cross survey, 70% of women have bought an item of clothing they have never worn, while a third said they felt guilty about the number of clothes they own.

The charity is running the It Starts with Her campaign to encourage people to donate their unwanted clothing.

The proceeds will go towards helping women in Bangladesh – many of whom own just a handful of outfits – start their own businesses.

It’s often flagged that we Brits waste tonnes of food a year, but it’s hard to picture exactly what and how.

I try to freeze as much as I can but still regularly loaf heels, some vegetables and, shamefully, the occasional piece of meat or fish go in the food recycling bin. But this is the tip of the iceberg.

According to WRAP, 7.1 million tonnes of food worth £15 billion are disposed of by UK households every year.

The not-for-profit group says families bin the equivalent of six meals a week or £70 a month in food shopping.

But it’s not just food and clothing we’re wasting. We’re buying other things we don’t use.

I recently bought a metallic shelf for our post that is designed to solve clutter, but this became clutter itself as we didn’t put it up for months.

In fact, Brits spend an estimated £600 a year on stuff they never use, according to research by GoCompare.com.

Research by the comparison site in 2017 found we overpay for bundled phone, internet and TV services, with many of the shows left unwatched, as well as waste cash on takeaways and bottled water.

We also overpay for snacks and drinks at work and squander precious pounds on purchasing branded items instead of buying generic goods.

Other popular ways to throw away cash were on cigarettes, poor utility deals and takeaway coffees.

Save money on your energy bills with Look After My Bills

Research in 2016 by retail display experts DisplayMode found consumers spend an average of £416 a year – £21 billion in total – on impulse purchases.

Two-thirds of shoppers surveyed said they bought items because they “wanted, not needed them”, and 71% revealed they had impulse purchases at home they had never used and were planning to throw out.

Unfortunately, we may be teaching our kids to be just as wasteful.

Euromonitor revealed Brits spent on average £508 a year per child on toys in 2013, with only the Australians spending more (£555).

While I mostly buy my son’s toys from charity shops or eBay, I probably buy the same amount of stuff as everyone else – I just pay less.

My husband is always complaining about Stellan’s toy mountain and I worry I am fuelling his four-year-old greed for new things.

The psychology of shopping

So, why are we buying so many things we don’t need? Some blame lies with advertisers and marketers who make us feel we need to do so.

Indeed, there is a whole area of psychology devoted to understanding how and why we buy things, which is called consumer psychology.

The way products are arranged, the lighting, layout and even the scents and smells in a shop can affect our purchasing decisions, say experts.

And on average, we are exposed to 5,000 advertising messages a day, according to marketing firm Yankelovich.

The amount of advertising messages we are exposed to could be even higher as these estimates were made over 10 years ago.

“Ultimately, however, you can’t create a motivation or desire that’s not there.”

Marketers also tap into our emotional needs, says Ferrier, to make us feel that, for example, using certain hair shampoos will make us feel glamorous. They use ‘social norms’ to make us think a product is already popular with other people and we must have it to fit in.

There’s also the fear of missing out, also known as FOMO.

“Psychologically we often feel that, if something is on offer or is going out of stock, we have to buy it right now or else we’ll miss out further down the line,” said Leon Edwards, managing director at DisplayMode.

“Retailers have to realise that how they present their products really does affect consumers’ decisions.”

How can we buy less stuff?

While we may be bombarded with advertising, most of us are savvier shoppers these days – and we can all stop buying stuff we don’t need.

Doing grocery shopping online rather than in store and using a basket instead of a trolley can help us spend less. Sometimes I leave the basket behind so I only buy what I can physically carry.

Money experts have long warned us against shopping when we are hungry, so try to avoid this if possible.

Making a weekly food plan is also helpful so that you only buy what you need. I am currently using this to cut our grocery bill to save for kitchen repairs.

Another trick is to check the trolley to see if there is anything you don’t need – new supermarket scan and go services easily facilitate this.

Cut your food and drink bill with these tips and tricks

LoveFoodHateWaste.com has lots of good ideas for using up leftovers, including making loaf heels into mini pizzas. Freezing meat as soon as you buy it, if you’re not planning to eat it straight away, is also useful.

I have started dividing up my packs of salmon fillets into individual portions and freezing them to cut down on wastage, as well as storing vegetables correctly so they last longer.

It’s a good idea to set reminders to review your utility and phone bills each year to avoid overpaying when a contract ends.

Plus, if we use shopping as a leisure activity, one option is to find something else to do, such as a low-cost new hobby – boredom is thought to be a major driver behind overconsumption.

And every time we are tempted to buy something on impulse, we should remember those 82 million chickens – or huge piles of unused clothes – and think carefully about whether we really need it.