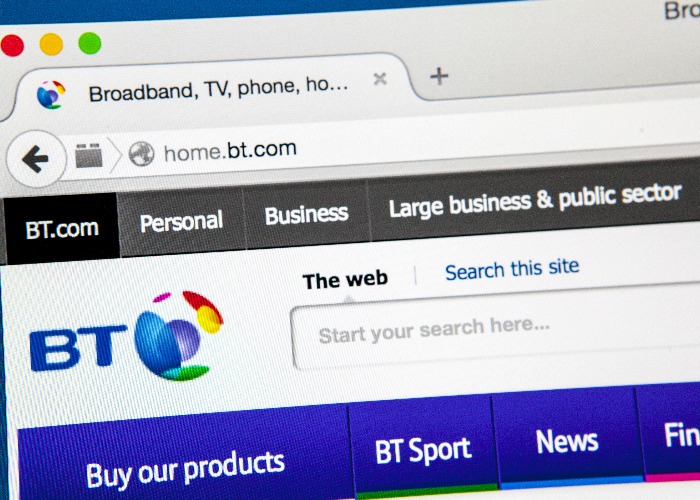 Telephone fraudsters are becoming increasingly sophisticated. Most of us may think we’re smart enough to tell a bogus phone call from a genuine one, but it’s not always that simple.

Recently, a relative of mine was fooled by scammers trying to gain access to her bank account.

They rang her up on her landline pretending to be BT and claimed they could help boost her laptop's broadband speed.

Now, many of us might assume at this point we would smell a rat and slam the phone down.

Unfortunately, my relative was already exchanging calls with BT at the time because she was struggling with exactly this sort of problem, so assumed the caller was genuine.

We don’t know if it was an unhappy coincidence or if somehow the hackers found out she was already speaking to BT.

Either way, it serves as a timely reminder to always be on your guard, and be vigilant about what information you share.

Blackmail scams: what they look like and how to avoid them

The fraudsters gave her a url to type into her address bar. Within seconds of her doing so, they had gained access to her computer via a shared screen.

It was only when they asked her how much money she had in her bank account and claimed it was standard practice for BT to ask customers to make an online payment to another account to try to catch computer hackers, that she realised something was amiss.

At this point, she sensibly put the phone down on them.

But they immediately rang back and threatened they would lock her out of her computer unless she made the payment.

She refused to do so and ended the call once more. Unfortunately, they put a Windows lock on her computer, so she was unable to access it.

Luckily, she doesn’t bank or shop online so the hackers were unable to make any fraudulent transactions from her accounts.

Nevertheless, my relative was very concerned the hackers might wipe her computer and that she might lose all her treasured family photos.

Thankfully, someone at her local computer shop was able to fix the problem, wipe any malware from her laptop and salvage all the photos.

While she didn’t lose any money, she still had to pay for her laptop to be fixed and lost use of it for a few days, as well as experienced the distress of having been scammed.

How fraudsters target friends and family

Since my relative’s experience, I have received several calls on the landline claiming at different times to be from BT and Virgin Media, which all offered to improve our broadband speed.

One was a computerised voice, which strangely made it more convincing as when we were with BT, we often received computerised calls from them.

Other calls were from an Asian man who I told never to call again.

We have Sky broadband so I knew these calls weren’t genuine – otherwise I could have been fooled.

Initially, I assumed it was a coincidence.

Now I am wondering if they somehow got our number from my relative’s computer, especially as we are ex-directory, on the Telephone Preference Service and nobody calls our landline besides my father-in-law who lives abroad.

Isn’t it unpleasant that not only could you be scammed yourself, but then you could unwittingly provide fraudsters with the chance of robbing your friends and family too?

7 scams you need to watch out for

How can you beat the scammers?

Fraudsters come up with all sorts of inventive ways to try and cheat us out of our money.

They may claim to be from your bank offering an amazing investment opportunity, or a police officer who has found your lost bank card.

Or sickeningly, they may even pretend a relative of yours has had an accident and that they need money.

Be wary of unexpected calls

Always treat any unsolicited call, whether to your mobile or landline, suspiciously. If it’s a number you don’t recognise, don’t answer it.

If the caller claims to be a bank employee, the police or from a company you do business with and starts asking for personal or financial details, take their name and tell them you will call them back.

Get the genuine number of the company or bank from the internet or your own paperwork and call it to check the caller really is who they say they are.

Banks won’t ask for account details over the phone

Remember that your bank or building society will never call you asking you for your PIN, bank account details or to verify other personal information.

They will also never request that you transfer money into a so-called ‘safe’ account in order to prevent fraud.

Phone numbers and email addresses can easily be spoofed

Don’t assume that because the phone number the individual is calling from or the email they are using looks genuine, that it is.

Never click on links in emails that purport to be from your bank. A genuine bank or building society will never send you a link in an email and request that you enter your account details.

It’s also advisable to use strong passwords and keep your anti-virus software up to date.

Action Fraud recommends you sign up to Verify by Visa or Mastercard Secure Code whenever you are carrying out online transactions and check the website you are shopping on is genuine.

It’s recommended you check your credit report with Experian, Equifax or other providers such as Credit Karma and ClearScore, as well as your bank and credit card statements on a regular basis to make sure there are no fraudulent transactions.

If you find or receive invoices for items you haven’t bought, act immediately by calling your bank.

Shred anything that includes your personal data, bank details or address before putting it in the recycling bin.

Go with your gut

If you think an investment or business opportunity you are being offered, whether via email, over the phone or in person, is too good to be true – then it probably is.

You should also never allow yourself to be pressured into making a financial decision, which genuine banks or financial organisations will never encourage.

If you fear you or a relative has been targeted by fraudsters, contact your bank or building society immediately and report your case to Action Fraud on 0300 123 2040.

Read our tips on how to protect yourself from fraudsters