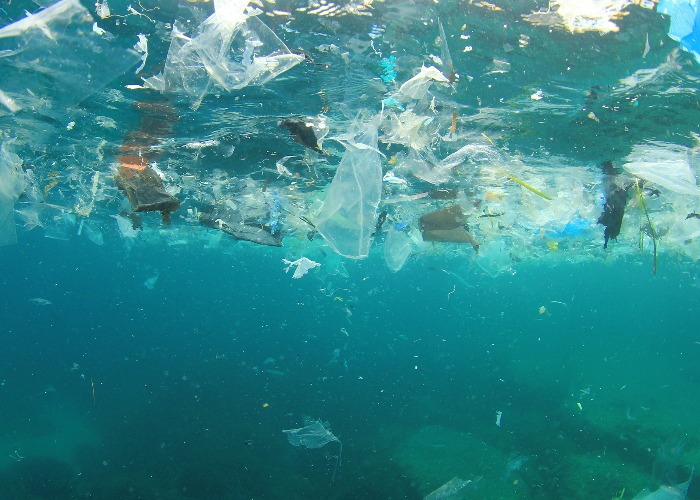 Over the last few years, tackling the use of single-use plastic has become a priority. Are reusable plastic schemes a possible solution?

Over eight million tonnes of plastic is dumped in the ocean each year according to the Plastic Oceans Foundation ­– and we are to blame.

While there has been a huge drive in awareness over the dangers of relying on single-use plastic and the damage inflicted on our planet via shows like Planet Earth II, we still have a long way to go.

One of the biggest issues is that it's still far too difficult to reuse plastic instead of relying on recycling, as the latter only solves part of the equation.

Small steps in the right direction

Since April, Waitrose has been trialling a scheme in a few stores where customers can refill a lot of household items in a reusable container and save 15% (compared to the packaged equivalent).

Customers can even borrow a box from the Waitrose store in Oxford during the trial with a £2 deposit, which is given back to the customer when the container is returned.

How to cut plastic waste and save money

What are coffee chains doing?

Waitrose’s idea is not ground-breaking and is arguably an extension of many schemes aimed to encourage people to use reusable cups for hot drinks in exchange for a small discount.

Takeaway coffee cups pose a big problem as these tend to have an inner plastic liner to help make the cups heat-resistant and leak-proof, which makes them difficult to recycle.

Starbucks recently had a trial at Gatwick Airport, which offers drop off points for Starbucks customers that opt for a reusable cup in-store.

If a customer opts for a disposable paper cup, they will incur a 5p charge – which is currently enforced in all Starbucks stores.

The coffee chain estimates 7,000 disposable coffee cups could be saved from use through the one-month trial.

Imagine if this trial became a permanent reality at all Starbucks branches? Millions of disposable cups might be saved.

We also need to see chains introducing schemes where we can pay a deposit to borrow reusable cups, much like Waitrose is doing in the trial mentioned above.

This allows people to avoid having to buy a new reusable cup or opt for a single-use one whenever they are out and about and don't have their usual reusable cup to hand.

Costa is reportedly looking into such a scheme,’ but made it clear there are no plans to announce anything yet.

Pret A Manger said it has no plans in the works for a ‘borrow a cup’ scheme as it is focusing on getting people to bring their own cups and encourage more recycling.

The coffee chain said, since doubling its discount to 50p for customers at the beginning of 2018 who use reusable cups, it has saved a further six million paper cups.

Reusable coffee cups: we tried and tested the best

More needs to be done

A lot of the coffee chains are focusing on incentives for people to bring in their own reusable cups and increased recycling to combat excessive waste.

But the latter is a problematic solution as we are simply not recycling enough!

Yet we as a country are still falling short of the European Union’s target of recycling a minimum of 50% (by weight) of household waste by 2020.

Part of the solution should be to reuse more plastics instead of relying on recycling, as the latter solution is failing to deliver the desired results fast enough.

Supermarket recycling schemes: how much can you earn?

Supermarkets also need to do more

Coffee shops are hardly the only, or the biggest, culprits in using too plastic.

I did a little digging to find out what major UK supermarkets are doing to tackle our huge dependence on plastic.

The majority of the major chains’ efforts focus on removing plastic bags from fruit and vegetables, cutting down on single-use plastic and replacing non-recyclable plastics with recyclable ones.

While these efforts are admirable, they simply don’t go far enough.

Other efforts from the likes of Morrisons and Waitrose include encouraging people to bring reusable containers to take home meat and fish, which may be more effective.

Approximately 40% of plastic produced globally is packaging, which is used only once before being thrown away.

Supermarkets and their suppliers have a big role in the eye-watering plastic production and have been too slow to act. For example, Aldi is aiming to introduce reusable, recyclable or compostable plastic for its own brand stuff – by 2022!

We need to do better and supermarkets and coffee chains should lead the way.

Not only should they be getting rid of unnecessary single-use plastic or difficult to recycle packaging, but they should also encourage us to use our own plastic containers again and again.

Companies trying to rid the world of plastic waste

What else is being done?

Tesco is planning a UK trial based on refillable rather than recyclable containers through its partnership with French supermarket Carrefour.

In the trial, called Loop, online shoppers will be able to use products and get the containers collected, cleaned and refilled for reuse in exchange for a small deposit for the container.

This deposit is refunded when the container is returned.

The trials are already running in France and the US, and there are plans to try it out here at some point this year.

I think schemes like this and the one running at Waitrose are the way forward – but they need to be rolled out sooner, and on a much, much bigger scale.

Some of these schemes have the chance to change our relationship with plastic for the better and offer a brighter, more environmentally-friendly future.

But they need to be widely adopted before this can happen.

Which industries are doing well at reducing plastic waste and which are failing horribly? Would you spend more to see plastic waste reduced? Share your thoughts in the comments section below.