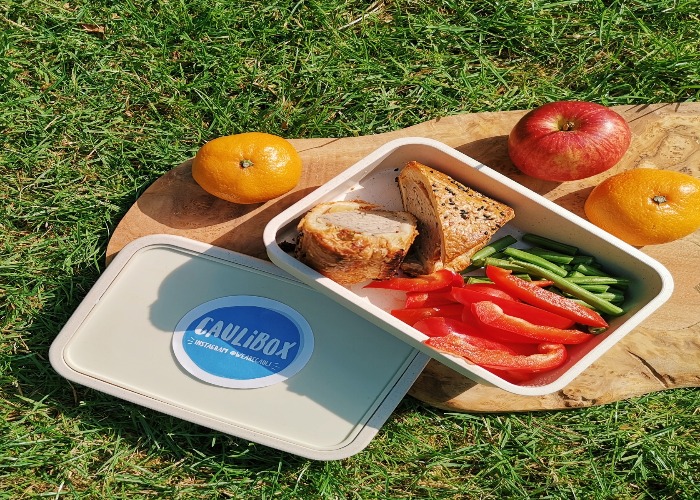 A look at the pros and cons of the UK's reusable lunchbox schemes, including how much they cost and where you can find them.

The UK's food-to-go market has become a major plastic polluter as a growing workforce looks for quick and convenient meals on their lunch break.

The main problem is that only one-third of the billions of takeaway containers in the UK are actually recycled, a 2018 report from Friends of the Earth revealed.

To tackle the waste, some companies have set up eco-friendly schemes to help you to enjoy a plastic-free lunch by switching your standard disposable container to a reusable lunchbox.

There are two types of schemes: ones that provide discounts if you bring your own lunchbox in and others that charge you to borrow one of theirs.

But are they practical? And how much will they cost you?

Here, we look at some of the main and reusable lunchbox schemes running in the UK, explain what they're they're about and where you can find them.

M&S Market Place: available in 23 stores around the UK

Last month, Marks & Spencer launched a scheme offering a 25p discount for customers who bring their own reusable containers to M&S stores, limited to those with Market Place counters.

M&S is the first major retailer to introduce the scheme, as part of their plan to reduce single-use plastic in their stores.

To support the scheme M&S is also selling a range of clip storage containers from £4 at their counters.

The retailer already offers a 25p discount on hot drinks when customers bring their own reusable cups that was introduced April last year.

“Food-to-go is a growing market; so, finding solutions in this space is an important part of our wider plan,” Paul Willgoss, director of food technology at M&S told The Independent.

“Our Market Place containers are already widely recyclable, but we want to go a step further with the introduction of an incentive to encourage customers to switch to reusable containers.”

M&S Market Place is currently available only in 23 of its city centre stores including London, Newcastle, Norwich and Manchester.

Caulibox was launched in Tachbrook market in Westminster last month, charging customers a £5 one-time membership fee to have a “takeaway without the throwaway” from a choice of 15 vendors at the market.

Members show their ID and order their lunch from the partnering food-to-go outlets in a reusable CauliBox, made from a sustainable blend of bamboo fibre and polypropylene.

Unlike other schemes, CauliBox gives members boxes to use and then drop off at a collection point, where the boxes are washed in a commercial kitchen, an energy-saving alternative to bring your own boxes.

CauliBox co-Founder Josephine Liang told loveMONEY that CauliBox stemmed from her and her partner's passion for sustainability, inspired by the popularity of bike-sharing in China, the pair came up with the lunchbox sharing service, a fun way to help reduce plastic waste.

The scheme offers members incentives for usage with a points system, rather than a discount, where you earn points each time you use the service, the points can add up to rewards such as Tate Modern tickets.

Although the scheme is currently on a three-month pilot period and limited to the Westminster area, CauliBox plans to expand to other food markets and areas such as Victoria if successful.

Wriggle: available in Brighton and Bristol

The foodie finder app Wriggle, based in Brighton and Bristol launched their own lunchbox scheme in February, called The BYO (bring your own) lunchbox scheme.

The app helps customers find participating local businesses and rewards regular users with points, or “Wriggle credit”, which can be used to buy other food on the app.

Venues taking part have a sticker in their window to let customers know that they’re BYO lunchbox friendly.

“The BYO Lunchbox campaign is just one of the ways you can start making a difference,” founder Robert Hall told The Argus.

“We are delighted with the response we have had from local businesses and the public, and we’d love to push the project to as many UK cities as we can.”

As part of the scheme, Wriggle has also launched their very own eco- friendly and stylish bamboo lunchbox that can be purchased for £5 from the app.

Over 40 venues across Brighton and Bristol are already taking part in the sustainability scheme, but it is currently limited to these two cities.

London street food firm Kerb launched their own reusable lunchbox scheme back in April. The ‘Kerb Pact Lunch’ offers 50p off per single dish from participating vendors for customers who bring their own container, the most generous discount of all the schemes we've covered.

Vendors display an ‘opted in’ disk on their stall if involved in the scheme.

“We trialled Pact Lunch at KERB King’s Cross and the response was incredible, so now we’re rolling out across all five markets and making it a permanent incentive.” Kerb founder Petra Barran told the Independent.

Like Wriggle, Kerb also urges customers to share the scheme via social media, encouraging others to pledge their support with the hashtag #KERBPACT, and offer a “special Kerb gift” to their favourite poster every Monday.

Kerb is currently only based in London, with markets in Kings Cross, The Gherkin, West India Quay, St Katherine Docks and a new market opening in Seven Dials later this year.

The most widely accessible lunchbox scheme on the list is Global Action Plan's #LongLiveTheLunchBox campaign, launched by their Youth Panel earlier this year.

The scheme partners with various independent businesses across the UK using the #LongLiveTheLunchBox hashtag on social media to show customers which venues are lunchbox-friendly whilst “tackling plastic waste one full tummy at a time.”

Partners involved have a bright pink “We accept your containers here” sticker in their window.

The campaign currently has numerous “Lunchbox Heroes” nationwide and those who want to check out the venues or find out more can use their hashtag or go on their website.

30 Tasty ways to love your lunchbox

Save money by being green

Companies trying to rid the world of plastic waste