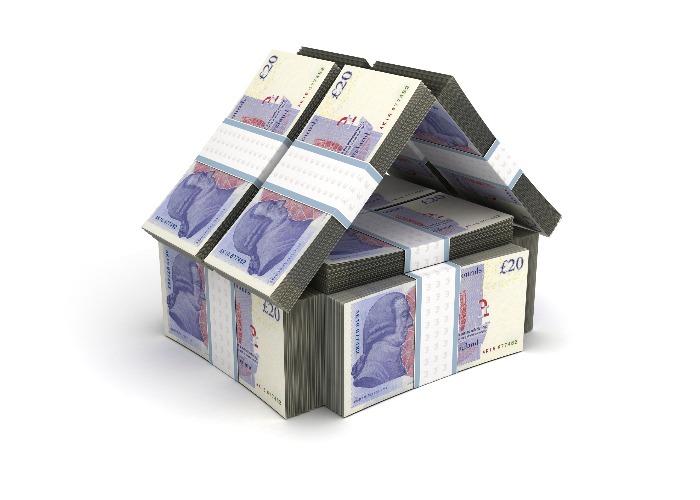 Previously dismissed as a last resort, equity release is growing in popularity and can even offer advantages to you and your family. Although, as John Fitzismons explains, it certainly won't work for everyone.

Equity release has become significantly more popular in recent years. The number of over-55s who are choosing to unlock equity in their property through these schemes remains near an all-time high.

What's more, the amount being withdrawn is rising rapidly.

Data from equity release firm Key found the average customer released over £77,000 worth of equity from their home in the three months to October 2018, up from £71,500 a year earlier.

This is no doubt in part due to the fact that interest rates on equity release products have been consistently falling since 2014.

Financial data site Moneyfacts has highlighted how the average rate on fixed and variable mortgages dipped below 5% for the first time since it started tracking the equity release market in 2007.

“While rate alone should not be the deciding factor when choosing a lifetime mortgage, it is still a positive indicator that competition is rife in the market," said Moneyfacts spokesperson Rachel Springall.

"The whole package of an equity release deal must be weighed up, especially any fees included. As 66% of the market charges a product fee, borrowers need to be wary of the upfront cost of any deal."

Is it ever a good idea?

There are plenty of reasons why equity release is becoming a more mainstream option.

The main one is of course not having a sufficient pension pot.

But one additional factor that has also pushed its popularity has been that equity release presents a useful option to some older interest-only mortgage borrowers who otherwise do not have a plan for clearing their outstanding capital.

Indeed, last year one provider argued that equity release schemes were providing a “lifeline” for interest-only borrowers without any other options.

If you're interested in equity release, this calculator will give you an idea of how much money you can expect to receive.

Equity release on the up against pension freedoms

A report from the Equity Release Council in 2018 compared the money released from housing wealth to money being tapped into via pension freedoms.

It notes that in the second quarter of 2016 around 29p of housing wealth was unlocked through equity release for every £1 accessed via pension freedoms.

But that figure has grown significantly since then, hitting 56p in the final quarter of last year.

As the report states, property is becoming “increasingly important as a supplementary source of retirement finance”.

Historically, equity release has predominantly been viewed as an alternative to a regular pension – something people turn to if they don’t have a sufficient pension pot in place to cover their retirement costs.

Can it really be an option even for people with a decent pension pot?

First, though it’s worth a quick reminder on just how these schemes function.

The most popular type of equity release is a lifetime mortgage.

Essentially, you take out a loan against some of the equity you have built up in the property, ‘releasing it’.

You don’t make any repayments either. Instead, you are charged interest on the loan every month, and when you die or move into care, the debt is paid off using the proceeds from the house.

Thankfully, most lenders now offer no-negative equity guarantees; in other words, the outstanding debt will never be larger than the proceeds from the house, ensuring your loved ones are not left to clear your debt from their pockets.

If you're interested in a lifetime mortgage or similar deals, you can learn more at Saga Equity Release or any number of other equity release partners on the market.

Don't rely on the State Pension! Compare SIPPs on loveMONEY (capital at risk)

Can equity release work alongside a pension?

Equity release seems a simple enough idea when you don’t have much of a personal pension to call on (although there are better alternatives if you’re using it as a last resort).

With living costs continuing to rise, and the amounts that most people set aside for their retirement at best a little lacking, then turning your main asset into an income stream makes a lot of sense.

But can it ever work for people that already have a pension in place that will cover their needs in retirement?

Steve Wilkie, managing director at financial advisers Responsible Life, suggests that for those with a significant pension pot it can make sense to leave that money invested and instead tap into the equity owned in their property. Compare investment options here.

He cites the example of a client who released £3 million from their £15 million property, noting that it gave people the chance to set their kids and grandchildren up for life when that money can really make a difference, rather than making them wait until they pass away.

He explains: “Even if you have a good pension, that gives you income, not capital. If your kids need £80,000 to help them buy a house, you aren’t likely going to be able to pull that from your income.

“Lots of people with significant property wealth feel they’ve got a bit lucky, and when it’s so difficult for young people to get onto the ladder, they want to help them out. You can actually see the kids enjoy that money.”

If you are considering becoming the 'Bank of Mum and Dad', our guide explains the best approaches.

Don't rely on the State Pension! Compare SIPPs on loveMONEY (capital at risk)

It can also help with tax planning too.

Wilkie says: “You can pass on a pension free of Inheritance Tax, so it can make sense to leave that pension alone and use your property wealth instead.

In addition, by putting the debt against the estate, you actually reduce the eventual Inheritance Tax bill too.

It’s something you need to discuss properly with a financial adviser but when it comes to gifting money it’s a nice benefit.”

Realistically, this isn’t an option for most people. The main use of these schemes will continue to be to make up for insufficient pension savings in my view.

But evidently, for those at the top end of the scale, equity release can play a part in estate planning too.

From gifts to life insurance, there are several other ways to cut your Inheritance Tax bill: read our guide.