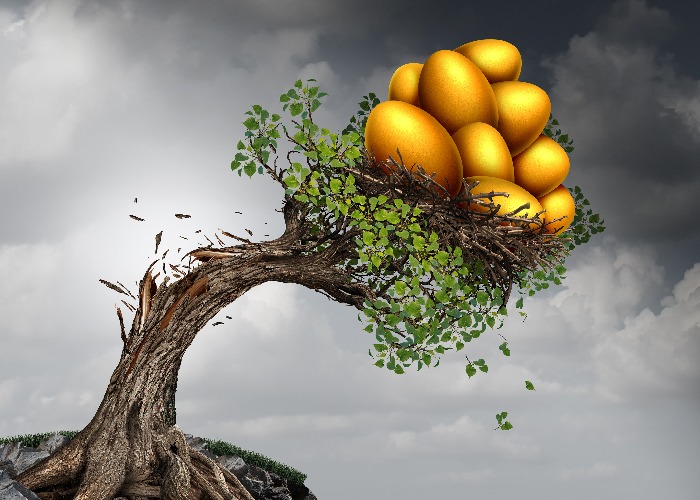 Brits have withdrawn £10.8 billion from their retirement savings since the pension freedoms came in two years ago. But, are they putting their money in the wrong place?

New statistics released by HMRC have revealed that more and more people are taking advantage of the pension freedoms that came in back in 2015 to withdraw money from their pension.

“The pension freedoms have clearly been hugely popular, with HMRC figures suggesting well over £10 billion has been accessed flexibly in the first two years of the reforms,” says Tom Selby, senior analyst at pension firm AJ Bell.

“Given industry reporting was optional in 2015/16, it’s likely the actual figure is significantly higher.”

But, the amount being withdrawn has more than halved since April 2015.

“It is interesting to note that the average withdrawal per person continues to trend downwards, standing at just over £9,000 in in the first three months of 2017,” says Selby.

“Hopefully this is indicative of savers managing their retirement incomes sensibly and making withdrawals at levels that will be sustainable over the long term.”

The bigger concern though is what people are doing with the money they have withdrawn from their pension.

Plan for your future: visit the loveMONEY investment centre (capital at risk)

The risks of cash

Research by Fidelity International has revealed that four in 10 pensioners are putting the money they withdraw under the new freedoms into a cash account.

The lump sums had been used for a wide array of things from holidays to paying off debts, but the most popular choice by far was to put the money in a current account – 41% of the people surveyed admitted that was where they had put the money.

That’s a problem with the money as rising inflation combined with the pitiful interest rates offered on cash means your money is going to be losing spending power in a cash account.

Still keen on cash? Make sure you get the best possible savings rate

“Beyond the rise of day-to-day living costs like food and fuel, inflation also wreaks havoc with your pension savings. It erodes the spending power of future interest payments and chips away at your capital.”

Fidelity’s research also showed that nearly three quarters of the people who had accessed their pension savings were worried about the effect of low interest rates on their pension pot.

“Most soon-to-be retirees look forward to their 25% tax-free cash lump sum with anticipation and excitement, and should enjoy this pension sweetener as they see fit, however, leaving it dwindling in a cash account could leave them short-changed in the future.”

Savings earning a rubbish rate? Here are some of your options:

Innovative Finance ISAs: how they work

How to invest in property