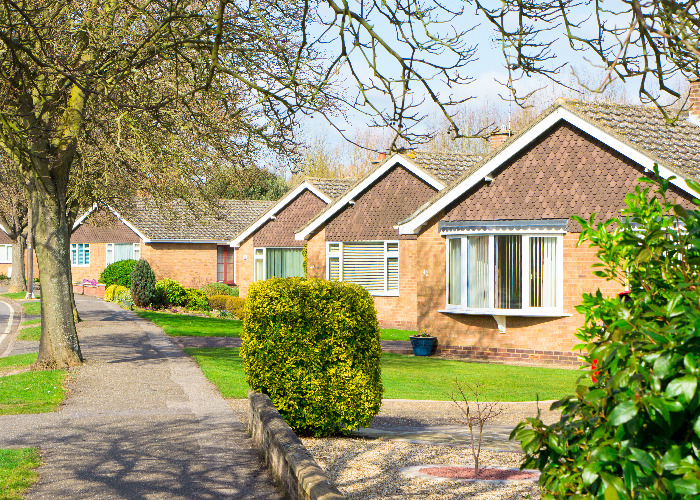 The housing shortage for older people needs urgent action from the Government or everyone suffers, Sarah Coles writes.

When we think of the victims of our chronic housing shortage, it’s first-time-buyers who always spring to mind.

They’re the ones helplessly trapped in the wrong homes by a lack of suitable housing. It’s why they’ve become the focus of so many Government initiatives to help them onto the property ladder.

However, they’re not the only victims: hundreds of thousands of ‘last-time buyers’ are just as trapped – and nothing is being done to help them.

Looking to buy a home? Compare mortgages with loveMONEY

Generation Stuck, a study by the International Longevity Centre (ILC) and McCarthy & Stone earlier this year, found that a third of people aged over 55 were either considering downsizing – or expected to do so in the future – but a lack of suitable options stopped them from making the move. Housebuilders are simply not building enough suitable homes for older people.

Brian Beach, a research fellow with the ILC, has identified the defining features of a suitable property. Shelter has also conducted research into what older people need.

Together they form a picture of the ideal properties. They need to be practical for older people: easy to maintain, energy-efficient, and accessible. They also need to be affordable, so that downsizing can release a significant amount of equity from their home.

However, older people are looking for more than practicality. They also want an attractive home, with plenty of light and space, a spare room, and lots of storage.

As Beach says: “Older people who want to downsize won’t want to lose the space for the belongings they have accumulated over a lifetime. They also need areas where they can engage in their hobbies, and enough space for family and friends to stay.”

They want outdoor space too - and all of that needs to be in the right location – within a few miles of the family homes people are moving out of.

Why aren’t we building?

These houses aren’t currently being built.

An All-Party Parliamentary Group has been exploring the issue, and reported in June. Its Chair, Lord Richard Best explains: “High-density housing tends to be favoured by planners over the more spacious, low-density housing preferred by older people.”

With the added attractions of building for the Help-to-Buy and Starter Homes initiatives for first-time-buyers, builders are far more likely to focus on this market.

Lord Best says: “The current planning system and recent Government initiatives simply serve to incentivise builders to focus on the other end of the housing ladder, where they see an easier route to delivery and lower development risk.”

He adds: “As a little under a tenth of older people say they would look to move somewhere without stairs, the relatively short supply of bungalows may be a concern. Builders are more likely to build flats or houses than bungalows, as bungalows take up a larger amount of land, increasing costs to the developer.”

The Papworth Trust, a charity supporting disabled and older people, suggests that no new bungalows at all will be built in six years’ time.

Vicky McDermott, chief executive said: “Given the shortage of housing in the UK, social policy is about increasing housing numbers overall. There’s a real risk that under pressure to build more, they build the wrong type of housing.”  She wants to see more collaboration with developers, to enable them to build accessible housing in a commercially sustainable way.

Aside from straightforward new-builds, there are more specialist developments, designed specifically for older people – including retirement villages, sheltered retirement communities, and assisted living. Unfortunately, nobody is building enough of any of these either.

Specialist housing is expensive and risky to build. Lord Best, explained: “In terms of specialist housing, particularly housing with some level of communal services or care facilities, large developers are put off by the additional land requirements and costs attached.

“Communal facilities, for example, do not generate sales income in the way that flats for sale do. High density first-time buyer housing is generally considered to be easier to sell, to generate more ‘bang for buck’; and to have a greater chance of being successful at the planning application stage - a powerful combination of incentives”.

Retirement properties can take longer to sell, which can cause cash flow issues. They also require ongoing management, which is more complicated to design and deliver than homes for the first-time buyer.

This additional effort and cost might be worth it if there were financial incentives, but building firm Anchor gave written evidence to the committee, explaining the missed opportunities to provide these offers to developers.

It said: “Retirement housing falls into the same planning class as general use housing; despite the wider social benefits it brings. This means that retirement housing developers face the same section 106 charges to fund affordable housing as developers of general housing.

Lord Best’s committee is pushing for planning changes, to make it more rewarding to build these properties, freeing developers from the levy where they are building more specialist developments.

His committee is also keen to underline that the issue isn’t just about housing for older people. Beach explains that with older people able to downsize, they would be able to move out of their family home, freeing up a tranche of family homes with three or four bedrooms.

It would enable families to right-size their homes too, freeing up their homes for second-steppers, who then free up properties for first-time buyers - so the entire housing chain stands to gain from more people building more of the right homes. He says: “The issue needs to be looked at holistically.”

Lord Best has also called for measures to make the process of downsizing easier and more rewarding. He has suggested a stamp duty exemption for downsizers and the idea of a ‘Help to Buy’ arrangement for those acquiring a new property in older age. This is a more difficult thing to ask of the government – especially when life is so uncertain and funds are so tight.

However, Lord Best argues that investing in downsizers will eventually pay off. He points out that when older people move to the right specialist properties: “Residents’ health, safety and well-being tends to improve and there are increased opportunities for social interaction. Moving to smaller, more energy efficient accommodation can help older people to stay warm and save money on energy bills.”

Beach agrees: “People who live in specialist properties for older people have a higher reported quality of life, more control and less loneliness. Research by my colleagues has found that they have a lower likelihood of falling, and their health declines at a slower rate than people who stay in their family home.”

How to buy a repossessed property

Opinion: we have a problem with inequality