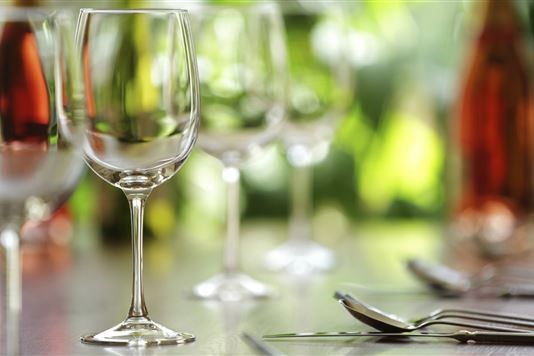 More than half of supermarket wine in the UK is ‘poor value’, according to study.

A review of supermarket wine by a panel of experts, including sommeliers, winemakers and Masters of Wines, has crowned Lidl the best supermarket for value-for-money wine.

Lidl was praised for 68% of its wines offering good value for money, closely followed by discounter rival Aldi with 64%.

At the other end of the scale, a whopping 76% of bottles sold by Marks & Spencer offer poor value for money.

Wine Supermarket of the Year

Lidl has been named Wine Supermarket of the Year by wine experts Wotwine, because of its range of good value wines. These were wines that Wotwine says are priced fairly or where quality outstrips the pricing.

M&S lingers at the bottom of the list, with just 24% of its wines being recognised as good value. As a luxury supermarket, it’s unsurprising that many of its products would be more expensive than a discounter. If the product is not worth the price paid, however, it’s not a good purchase.

Only Aldi and Lidl are selling more than half of their wine stock at good value according to Wotwine. It breaks this down further by saying that 56% of all wines in the UK are ‘poor value’. Just 16% are ‘fair value’ (worth the price paid) and 28% are ‘extra value’, which means they’re better value than their pricing suggests.

Pocket up to £150 just for switching current accounts

What makes a good value wine?

Wotwine’s expert wine tasters have tried out 4,161 wines in the last 18 months, and continue to meet up twice weekly, tasting between 70 and 140 bottles each week.

Its tasters only know the name and vintage of the wine they are trying, not the retail price, retailer, producer or the price range. Rather than give the wines a public score for its quality, they come to a consensus on what they would pay for a bottle of that wine.

The panel examines the same style of wine during individual tasting sessions that lie within the same price range, and tasters will not be aware of quality level unless the name reveals this, for example in the case of Premier Cru or Reserva wines. The taster leading each discussion of quality and value is rotated so that any bias caused by a single person dominating the conversation is mitigated.

This value is then compared to the RRP and the difference expressed as a percentage, so that you can see what the wine is 'really' worth as opposed to its RRP. A short review on taste is also supplied.

The idea is to figure out whether a wine is worth what it’s sold for – and in some cases, whether it’s even worth it when it’s on special offer. If a wine’s is on sale for £10 but it has been discounted to £6, that might seem like a decent price. But Wotwine may have actually valued it at £4.50, which would mean you're still paying over the odds.

Being poor value doesn’t necessarily mean that a wine is awful. One could be superb, but it could easily also be superbly overpriced. However, if a wine is rated as being poor value for money and the brief commentary supplied is negative, it might be wise to move along.

To check wines against Wotwine’s catalogue, you can either look online or download its app and scan the barcode of a wine using your phone. This will show you an opinion on the bottle in question.

While everybody’s tastes differ, this provides a quick and convenient way of making sure you’re not getting a really bad deal. The company admits that tasting is “clearly not a totally precise science” but is confident of a “reassuring consistency” found when re-tasting wines to review values set in the past.

What do you think? Which supermarket do you believe offers the best value-for-money wine? Let us know your thoughts in the comments box below.

What does your credit report look like? Find out today

Queen's speech 2015: what it means for your money