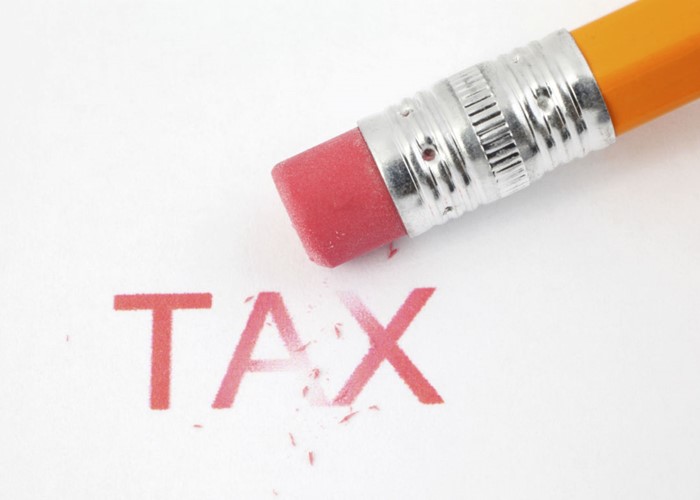 New research suggests the taxman missed out on £40 billion of tax revenue because of black market sales that weren't declared.

A new report has suggested that £1 in every £10 spent in the 2011/12 tax year (the latest tax year with published data) was not declared to HM Revenue & Customs (HMRC) - adding up to £100 billion of undeclared trade sales in total across the UK.

The report - from tax campaigner and chartered accountant Richard Murphy, published jointly by Tax Research UK, Tax Justice Network and the Association for Accountancy and Business Affairs - suggests that based on data on missing VAT published by HMRC and the EU, the cost of this so-called ‘shadow economy’ adds up to £40 billion which was lost to the UK Exchequer.

That would have been enough money to foot the bill for the combined housing, environment and transport budgets for the UK, or to provide half of its education budget.

Companies dodging VAT will doubtless fail to record the sales at all to avoid being caught out by an inspector, thus evading all taxes due on the income of those sales. As Murphy puts it, “If people choose to evade tax they don't pick and choose which tax to evade; they inevitably evade them all.”

By 2014/15, based on projections from the Treasury and Office for Budget Responsibility, it is likely that losses will have increased to £47 billion.

Tax gaps – where is our money going?

The largest component of the tax gap is tax evasion, which is a criminal offence. The most common form of tax evasion comes when people don’t declare their trading income.

Other types of tax evasion include not declaring income from investments, hiding income offshore, making claims for expenses that are not allowable, criminal attacks to exploit the tax system and straightforward errors and mistakes within tax declarations.

How could this happen?

The report proposes four main reasons behind the missing tax.

Murphy argues that it is "indisputable" that some self-employed people don't declare their income at all, as HMRC and the Office for National Statistics (ONS) can’t even agree on the number of self-employed people there are in the UK – HMRC says 5.1 million while the ONS estimated no more than 3.9 million in 2010/11.

Collecting reliable data seems an impossibility given this discrepancy.

More than 300,000 companies (on average) are struck off the Register of Companies every year and few of these submit the accounts due to be filed before they are struck off.

The number of investigations into these companies appears to be low, so there might be outstanding taxable revenue that is simply passed over.

Why HMRC is missing the money

In 2011/12, HMRC admitted that around £10.5 billion was lost in tax as a result of the UK shadow economy. That’s only a fraction of Murphy’s estimate, though HMRC says that £8.8 billion of VAT was also lost.

There is the potential for some light at the end of these shadowy revelations, but this will be down to the course of action that the Government and HMRC take.

The International Monetary Fund (IMF) has previously noted that although HMRC is good at picking up on some types of errors within tax returns, it is far less efficient at estimating errors made outside the declared tax system. The IMF has recommended that HMRC should acknowledge this and work on addressing the issues.

The report argues that HMRC needs more resources to be able to locate and tax the vast sums of money that are going undeclared. Its staffing level has fallen by almost half to 55,000, with more job losses to come. Instead, as well as more staff HMRC should be given extra enforcement powers.

Giving HMRC the power to approach banks and require information like bank statements would enable them to estimate outstanding tax, Murphy claims, while the taxman should also be legally required to demand a Corporation Tax return from all companies where they have been advised that it may be trading.

You can read the full report here.

Would these recommendations help sort out the 'shadow economy'? Do Companies House and HMRC need more enforcement powers? Let us know what you think in the comments below.

How to make sure you're on the right tax code

HMRC letters to detail exactly how your tax money is spent