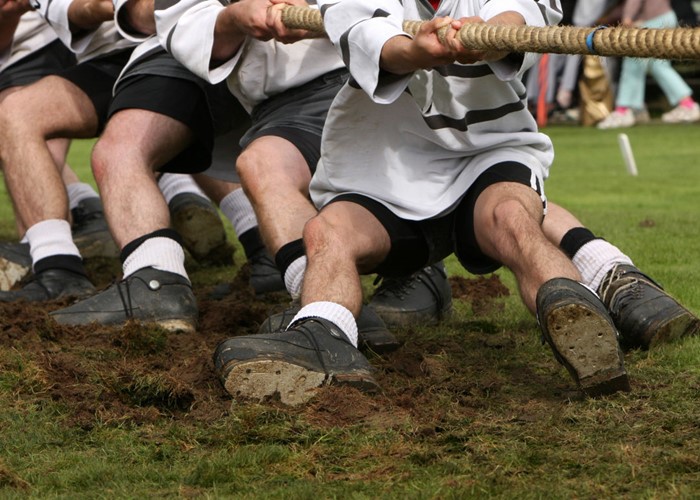 Bought By Many is a smart service that uses internet crowdsourcing to lower your insurance premiums. Could it save you money on your insurance?

Crowdsourcing is really taking off. Instead of relying on traditional business models to raise funding and solve problems, tech-savvy companies -- especially start-ups -- are using the power of the Web's 'group mind' to succeed.

To date, crowdsourcing has mainly involved getting services, funding or ideas from large groups of people online. However, a new generation of businesses is poised to turn crowdsourcing on its head by using the power of the internet to win lower prices for people like me and you.

Take start-up firm Bought By Many, which helps people club together to buy insurance. Bought By Many brings together large groups of people with common needs online and then negotiates group discounts with insurers on their behalf.

Bought By Many's business model is a simple, three-step process:

In effect, Bought By Many harnesses the collective buying power of groups to negotiate insurance deals that wouldn't otherwise be available to individuals. Groups can fall into various different categories: people who share a postcode, work in similar professions, or have a particular passion (notably pet lovers).

In theory, Bought By Many's approach should be a win-win situation for insurers, too. As Bought By Many brings large numbers of potential policyholders to insurers in bulk, insurers should benefit from improved diversification of risk, lower reliance on comparison websites that take commissions, and reduced administrative costs.

The big problem is size

Of course, for groups to benefit from group discounts, they need to achieve a critical mass so as to gain from economies of scale. The larger the group, the larger the discounts it can negotiate (all else being equal).

As you can see, most popular types of insurance are covered, including car, home and travel cover. Notably, life insurance is one important category of protection not included by Bought By Many.

Looking at the list of groups, I count 60 active groups currently in existence. Some groups have only a few members, so they have yet to take off and are actively recruiting members. Others are already big enough for you to join up and bag the bargain premiums on offer. Here's a list of the top five groups currently active on Bought By Many:

As you'd expect, the most interest in Bought By Many groups comes from people with specialist insurance needs. These include travel insurance for people with certain medical problems and cover for older Brits. Also, insurance for particular breeds of cats and dogs is very popular.

Once Bought By Many has enough customers in a particular group, it can then produce a tailored insurance policy in one of three ways:

Steven Mendel, the co-founder and chief executive of Bought By Many, is a qualified actuary (insurance statistician/boffin) and has worked for Aon, the world's largest insurance broker, as well as other leading financial firms. With two decades of experience, Mendel negotiates all insurance contracts with insurers on behalf of groups, winning discounts of up to 22% for Bought By Many customers.

Clearly, if you're after specialist insurance or have found it difficult to get competitive quotes in the past, this crowdsourcing method employed by Bought By Many may very well work for you. That said, you may need to be patient, waiting a while until your particular group reaches the threshold number of members needed for a group deal to proceed.

Of course, this isn't the first time that an organisation has used crowdsourcing to win lower prices for consumers. Consumer champions Which? blazed this trail back in 2012, when it launched 'The Big Switch', a campaign to encourage householders in England, Scotland and Wales to switch gas and electricity suppliers.

For Bought By Many to succeed and win lower insurance premiums for all, it needs as much support as possible. The more of us that get on board, the more we all stand to save!

The insurances you need if you work at home

The best and worst car insurers

The quickest way to get home insurance

What influences your life insurance premium?