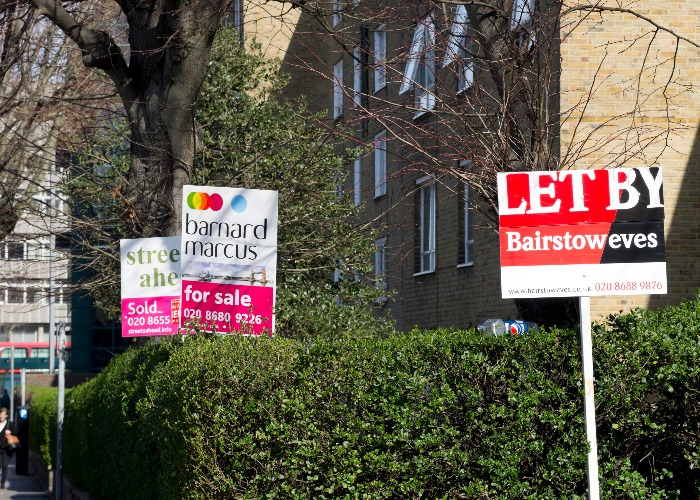 Demand from wannabe buyers is still vastly bigger than housing supply, and it's driving prices up at a crazy rate.

If you’re hoping to buy a house soon, then strap in, because the housing market has gone crazy.

According to Rightmove, the nation’s biggest property portal, asking prices are rocketing. It found that in January, asking prices grew by an average of 2.3%, which in cash terms works out a typical increase of a monster £7,785. In 31 days.

That’s the biggest asking price jump in pounds and pence seen in more than two decades while, looking over the last 12 months, asking prices are now a massive 9.5% higher than a year ago.

It’s somewhat interesting that listings are up on a year ago too, 11% higher than in January 2021, yet even this higher level of supply is being swamped by the demand from buyers, which has grown by 16%.

See what's happening to house prices in your area and what the experts are predicting for 2022 with our exclusive property market analysis.

There’s more to this than a tax break

It’s not exactly a secret that the last couple of years have seen extraordinary levels of house price growth.

As the nation emerged from the first lockdown, the Treasury introduced a Stamp Duty holiday, removing the tax paid on the first £500,000 of any transaction.

Obviously, a tax break like that is going to spur people into moving forwards with a purchase that they might have been putting off.

Combined with the fact that after that lockdown, we had all had the chance to review whether our home ‒ as a property and in terms of its location ‒ really met our needs, it’s little wonder that activity jumped.

But, I confess, I have been surprised at how this level of demand has been sustained.

The Stamp Duty holiday is long gone, with the second phase ending back at the start of October 2021.

If we’re being honest, the scale of the house price growth meant that any tax saving had long been wiped out for many by the higher price they would have to pay for the property anyway.

What’s more, plenty of people are no longer working from home to the same level as before, which you might think meant the urge to jack it all in and move to the country, working remotely, is perhaps not as strong as it once was.

Rising costs on the way

It’s also notable that this ever-growing demand to buy is taking place against the backdrop of increasing mortgage costs. We have had two base rate rises in three months, and with inflation continuing to sit at eye-wateringly high levels, it’s a decent bet that there are more to come.

In fact, in the January meeting of the Bank of England’s Monetary Policy Committee, the only split was over how high to raise interest rates, rather than whether an increase was necessary.

The markets are pricing in at least a couple more increases this year, likely to around 1.2% by the end of 2022, and further rises after that.

Mortgage lenders had already started increasing their rates before the increases were announced, and it’s fair to expect further increases in the months ahead.

With that in mind, it’s perhaps not all that surprising that would-be buyers are pushing ahead with a deal now, rather than wait six months and face the potential of paying more for the property, and a higher interest rate on the home loan to boot.

See what's happening to house prices in your area and what the experts are predicting for 2022 with our exclusive property market analysis.

It’s not exactly a secret where the issue lies here.

While there has been an increase in listings on portals like Rightmove, the reality is that estate agents are stuck with stock levels at record lows.

According to figures from Propertymark, the industry trade body, the average number of properties available at estate agent branches in January stood at just 19. It’s the lowest on record and is 50% less than January a year ago.

Given there are 100 potential buyers registered with each branch on average, that’s an enormous imbalance.

Even if interest from buyers suddenly dropped off a cliff, it would likely still outnumber the supply on offer. In other words, house prices would keep going up, just likely a little bit more slowly than is currently happening.

Of course, this situation might be a little different if we were building huge numbers of new build properties each year, but that isn’t happening either.

In fact, the opposite has been happening ‒ the latest data from the Department for Levelling Up, Housing and Communities show that between July and September, 43,290 properties were completed, down by 1% on the previous quarter and down 4% on the same period the year before.

The fact is that tackling our housing situation is going to take time, it’s a long-term issue. However, the authorities too often take a short-term attitude towards it, for example by constantly switching the minister for housing.

That’s an absolute farce ‒ every new minister comes in with their own ideas, their own pet projects, their own way of wanting to handle things.

And as each of these ministers know they will likely be shuffled elsewhere shortly, is it any wonder that they go for short term strategies that might have some sort of quick result?

Right now the housing market is absolutely bananas, and any time the Government gets involved it only seems to come up with ways to push prices ever higher.

That is likely to remain the case until we take a longer-term approach to our housing delivery.

What do you think? Has the housing market gone crazy? What will happen to house prices this year? Share your thoughts in the comments section below.