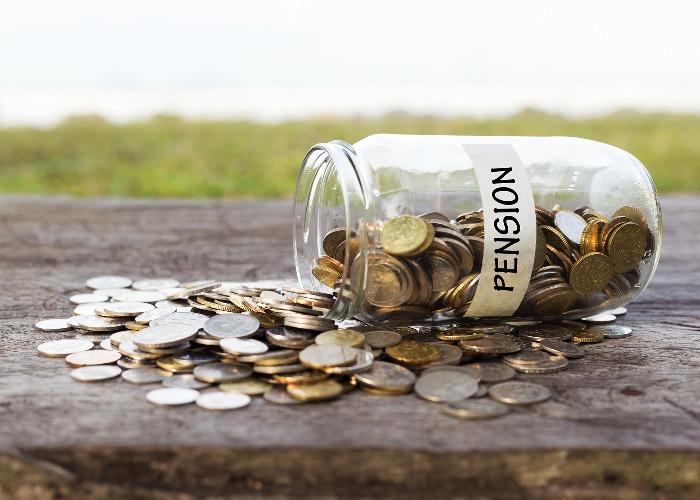 The Government is right to pause the triple lock for a year, but a more long-term revamp needs to be considered.

The Government has broken not one but two manifesto pledges this week, both of which will have a big impact on the finances of individual taxpayers and the nation at large.

In the space of a single day, it confirmed that it would be ditching the State Pension triple lock ‒ temporarily, at least ‒ and introducing a tax rise that is effectively an increase to National Insurance.

The moves are both likely to prove unpopular and have prompted a swarm of criticism.

A pause to the State Pension triple lock

Perhaps the most controversial move was the confirmation that the Government is pausing the State Pension triple lock.

The triple lock ensures that the State Pension increases each year by either 2.5%, the rate of inflation or the rate of earnings growth, whichever is higher.

And the Government faced having to cough up for a massive pension increase next year, with earnings growth tracking at around 8%.

The Government has opted to drop the earnings element in the coming year so that the increase will be either the rate of inflation or 2.5%.

We’ve highlighted the looming issue with the triple lock for a while on loveMONEY, and dropping the earnings element for a year is a sensible short-term solution.

The idea that pensioners would receive such a beefy increase to their payments at a time when many younger people are trying to get back on their feet and into work after the impacts of Covid always seemed somewhat tone deaf.

This would have proven nigh on impossible to justify given the introduction of a new tax paid by all workers to cover the costs of social care.

With that in mind, simply cutting out the average earnings from the equation is a simple way to fix that issue.

Inflation is still forecast to be around 4%, so pensioners will enjoy a healthy increase to their payments anyway, even if it’s not quite the bumper rise that would have happened if the triple lock had stayed in place.

That’s not to say that our State Pensions are enormously generous of course.

We’ve noted before that in comparison to other developed nations, our State Pension is pretty sub-par, replacing only a fraction of the pre-retirement incomes that you would receive elsewhere.

However, the fact that our State Pension doesn’t pay enough compared to other countries is a separate issue from what constitutes a fair increase at the moment, in my view.

A National Insurance hike by another name

The triple lock move came after the announcement that a new Health and Social Care levy worth 1.25% of earned income would be introduced in 2023, paid by all workers, in order to raise funds to support social care and the NHS.

There had been talk that the money for social care would come through a straightforward increase to National Insurance, a tactic that had already provoked warnings around intergenerational unfairness given National Insurance is only paid by those under State Pension age.

As a result, it’s interesting that the Government has taken a slightly different route: while it will initially start out as an NI hike in April 2022 in order to roll it out as quickly as possible, from 2023 it will become a separate ‘Health and Social Care’ levy, which will be paid by all workers, regardless of age.

Of course, given the vast majority of people in work are under the State Pension age, it’s little wonder that this has been dismissed as a National Insurance increase in all but name by some.

The levy will also apply to dividend income to ensure that the self-employed have to pay it too.

It’s worth highlighting that this tax change applies to businesses as well as individuals, just at the point at which they are hoping to build up a little momentum ‒ or even simply get started trading again ‒ after the trauma of the last 18 months.

The Federation of Small Businesses for example lambasted the move as a “jobs tax”, stating that business owners who had retained and supported staff during the pandemic were now being punished for their loyalty. It also argued that it will damage recruitment, making it harder for those who are out of work to find new employment.

The fact that these two announcements were made on the same day wasn’t exactly an accident ‒ the Government wants to get the bad news out of the way at the same time, and in doing so perhaps escape some of the criticism that would come their way if they had been spread out.

There’s also an attempt at messaging here, that everyone ‒ regardless of age ‒ is making some sort of contribution towards helping the nation’s finances into better shape.

Time to do things differently

This suspension provides the perfect opportunity for the pensions mandarins to come up with a fresh approach, that ensures pensions increase at a reasonable pace without fears that a spike in earnings or inflation will lead to an exaggerated rise.

The triple lock has served its purpose and done an incredible job in improving pensioner incomes. But it's open to debate how sustainable it really is.