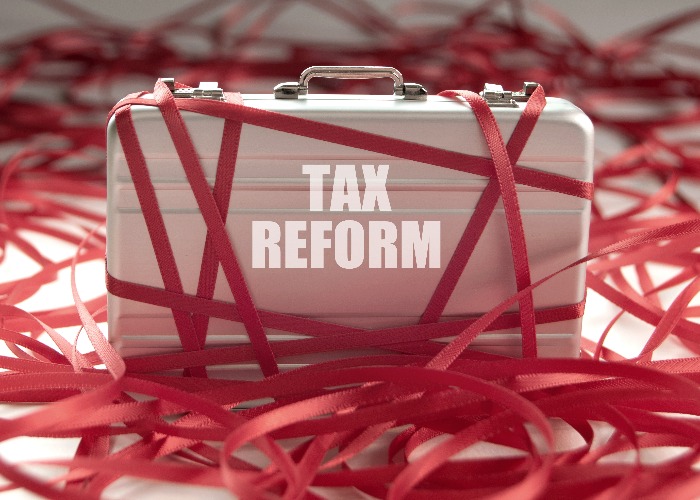 There's no shortage of taxes that are ripe for reform, according to a new Treasury Select Committee report.

You can tell there is a Budget due to be delivered this week, because the nation’s newspapers are full to the brim with leaked details of what Rishi Sunak is going to say in the House of Commons on Wednesday.

There has been no shortage of juicy morsels which have somehow ended up in the hands of reporters, from talk of an extension to the Stamp Duty holiday ‒ which was due to conclude at the end of March ‒ to a new mortgage guarantee scheme which will encourage lenders to offer more deals to borrowers with only a small deposit.

There has also been plenty of talk about the tax-raising options open to the Chancellor, given he has made no secret of the fact that he wants to start addressing the enormous public spending of the last year as a result of the pandemic.

Which is why it’s so timely that the Treasury Select Committee of MPs has come forward with its own report on how to tackle the nation’s finances, with one clear message ‒ now is not the time for tax rises.

The report is clear that the public spending cannot continue at its current levels, describing the nation’s finances as being “on an unsustainable long-term trajectory”.

But evidently, that doesn’t mean that things need to be changed immediately: the group of MPs unanimously agree that tax rises or fiscal consolidation right now would only succeed in undermining any economic recovery as we start to find our way out of the pandemic-shaped hole we are currently stuck in.

Yet reform of the way our taxes work is clearly going to be needed before long if adequate funds are to be raised, and the report details a host of taxes that are ripe for reform.

Here are some of its suggestions.

Stamp Duty has garnered plenty of headlines of late, due to the holiday ‒ which means that buyers pay no tax on the first £500,000 of a purchase ‒ coming to an end this month.

However, the committee argues there are far bigger issues at stake here than simply whether to extend the holiday, with the levy seen as something of a car crash.

It noted widespread agreement among the experts it consulted that the tax is “economically inefficient, causing damage to the economy by affecting when and how often people buy homes”.

This has knock-on effects too in the way that it limits flexibility in the labour markets and holds back transactions, which in itself then hurts businesses that work in areas like home renovation and refurbishment.

The committee argues the tax should be viewed as a priority for reform, with Stamp Duty set at a level where it optimises revenue but still encourages homeownership.

Corporation Tax is a big contributor to the nation’s finances, raising the fourth-highest amount after Income Tax, National Insurance and VAT.

It’s currently just 19%, the lowest it has ever been in the UK and one of the lowest in the G20.

There has been talk that this is one tax that could be in Sunak’s sights for a hike, and such a move would be supported by the committee ‒ so long as it is only a small one.

The report states that a “moderate” increase in Corporation Tax would raise revenue without damaging growth, but warns that a significant increase would be “counterproductive”.

Saving money into a pension is one of the most tax-efficient things you can do because your contributions are topped up by the Government in the form of tax relief.

The Government spends a staggering amount on this particular tax break too ‒ a whopping £20.4 billion in 2018-19, the most recent year for which we have the details.

It would be one thing is this tax was undeniably fair, but as the committee notes ‒ and as I’ve banged on about for years ‒ it’s a regressive setup since the rate of tax relief is determined by your Income Tax band.

In other words, the top earners get the most free cash from the Government, which is difficult to justify.

The committee called for the Treasury to “urgently reform” the entire approach to pension tax relief, but pointedly didn’t actually recommend precisely what this reform should look like.

We’ve previously highlighted how a flat rate of relief could work.

The last year has undoubtedly shone a light on the different ways that people are treated by the taxation system depending on whether they are a regular employee or are self-employed.

Indeed the Chancellor himself said last year that “it is now much harder to justify the inconsistent contributions between people of different employment statuses”.

The committee argued that a major reform of the tax treatment of the self-employed and employees is “long overdue”, as the current system is “confused, unfair and unsustainable”.

Again there is little guidance as to what that reform needs to look like, beyond ensuring that the levels of tax paid are roughly the same irrespective of whether you work for someone else or yourself.