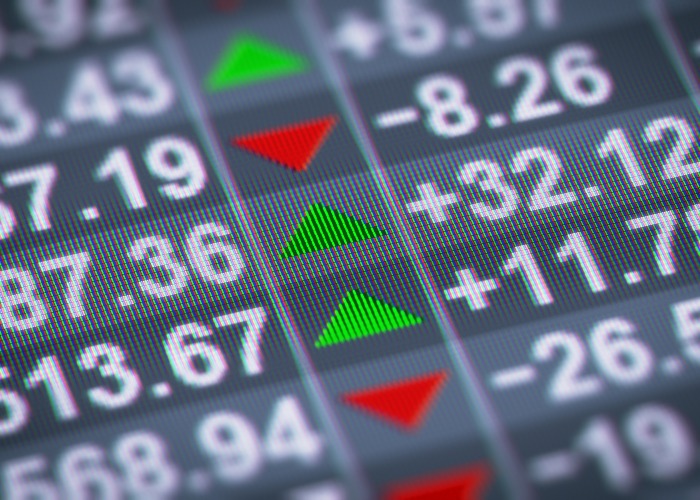 Mergers and acquisitions (M&A) tend to be a common occurrence when investing in the stock market – but what should you expect if a firm you’ve invested in receives a takeover bid?

Why do takeovers happen?

Takeovers can emerge for a variety of reasons, both good and bad.

The bidder might see value in the company’s products and services or might be making an opportunistic move on a business that is struggling to make a profit or unable to turn things around.

While takeover bids can happen, they are not necessarily guaranteed – and could weaken already embattled companies if they fail.

Asda and Sainsbury’s attempted merger was blocked earlier this year by the Competition and Markets Authority (CMA) over fears that it could lead to higher prices for customers.

Some investors look for companies that are in trouble but are still attractive to rivals, in the hopes that a takeover bid will emerge and trigger a rally in the share price.

If one of your investments receives a takeover bid, what happens next?

Will my shares become more valuable?

“Takeovers are usually done at a premium to the prevailing share price,” comments Danny Cox, head of communications at investing firm Hargreaves Lansdown.

“So, when the news hits, the price typically jumps giving investors a healthy windfall, assuming the deal goes through.”

Of course, if the deal isn’t sealed, the share price jump could end up being a temporary bounce.

Rebecca O’Connor, personal finance specialist at Royal London agrees the value of your shares should rise following a takeover bid, regardless of whether cash or replacement shares are offered.

Compare your investment options at loveMONEY (capital at risk)

There are several ways you can be compensated, which depends on the type of merger.

If it is a cash-for-stock acquisition, then the company buying the business will pay investors cash for their shares, and you will effectively no longer be a shareholder.

“If it is ‘stock-for-stock’, the acquiring company will offer new shares in the combined company to replace your existing shareholding, and you can become a shareholder in the combined business,” says O’Connor.

Alternatively, the bidding company can offer a mixture of cash and stock.

In the event of a spin-off, where a division of a business becomes a separate company, you should automatically become an investor in the subsidiary, as new shares would be issued.

How will I know what is going on?

Any decision around a company sale is usually announced when an offer is made, and shareholders are then notified of their options through an offer document.

It will set out the available options such as cash or new shares in the combined company.

“There is a time period – usually 21 days, by which you have to reply,” advises O’Connor.

“If you don’t reply, it is assumed you want to keep your shares and they will be transferred to the acquiring company.”

It’s vital to note your shares may be worth a smaller percentage of a bigger company, but hopefully, the merged business will be more valuable than they were separately.

But you should be prepared to accept the possibility that a merger may fail further down the line, even if it is given the green light.

America's most successful franchises that will make you want to invest

Should I sell my shares?

Of course, there’s no guarantee everyone will be on board with a takeover and may consider selling their stock.

“There are no hard and fast rules here, as you need to understand what the new investment is and whether it suits you and your portfolio,” advises Cox.

O’Connor says investors need to think about whether the offer price for the shares is good enough.

But this is not the only thing to consider.

Investors should research the bidding company, understand what they do, how they operate and what the risks are.

It’s also vital to question whether you want to be a shareholder in a newly merged, bigger company – or if you want to put your money elsewhere.

An important point to stress is if you don’t accept the compulsory takeover offer and you’re a minority shareholder, your shares will be transferred to the acquiring company.

If you’re hoping for incentives to stay invested, you’re unlikely to get anything aside from new shares.

“The shares on offer in a newly merged company should be attractive enough to tempt investors to accept the offer,” says O’Connor.

“The incentive should be that the shares in the combined company are ultimately worth more over the long-term and staying invested offers you the chance to benefit from that growth.

Moneybox app: the easiest way to invest in stocks and shares?

Are takeovers always good for shareholders?

Investors may benefit when a takeover happens.

Asahi paid 23 times the business’s cash flow, while Fuller, Smith & Turner’s share price has soared by over 30% since the start of the year.

But there have been times when investors have been short-changed.

“The Royal Bank of Scotland takeover of ABN Amro, the Dutch bank, in 2007, right before the financial crisis, was widely regarded as one of the poorest value acquisitions in recent history,” warns O’Connor.

So, it’s best to do your research and make sure you understand everything, from how the combined company works to what’s on offer, before deciding to sell shares or stay invested.

The most disastrous takeovers of all time