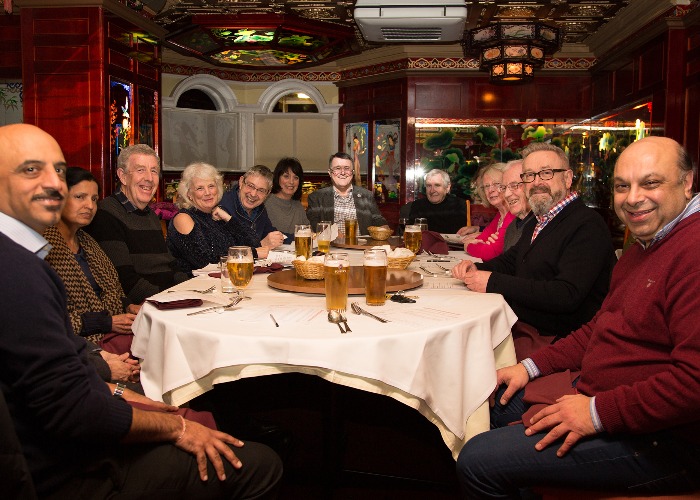 Want to invest as part of a group instead of going solo? We reveal how you can join or set up your own investment club, including choosing an investment strategy and evaluating risk.

What is an investment club?

If investing in the stock market solo is a frightening prospect, you could opt for an investment club.

These clubs allow a group of people to pool their money together, which is then invested in a range of investments for the shared benefit of all members.

Some investment clubs may choose a set of criteria to guide their overall strategy.

For example, they may choose to focus on smaller companies with potentially fast growth or invest in bigger businesses with a strong dividend track record.

When you join an investment club, you generally have to pay upfront to initially invest and then pay a specific amount every month, which will be invested in the portfolio.

How to start an investment club

If you’re interested in setting up your own investment club, there’s a lot to consider.

First, you need to decide who will be part of the club and how many members to enrol.

Graham Spooner, investment research analyst at The Share Centre, says an investment club should have at least eight to 10 members, but no more than 20.

“Too few and you may have trouble accumulating funds to invest,” warns Spooner.

“Too many and you’ll have trouble having quality discussions and attendance.”

Spooner recommends that anyone setting up a club looks for people they know and trust, with a range of interests, experiences and perspectives.

You should tap into every member’s expertise as they could have some helpful knowledge into a certain sector, as well as read financial publications.

Once you have your group, it’s advisable to outline a ‘constitution’ to detail the club rules and roles.

“You should have a formal initial meeting, where you decide the legal structure of the club, how much you’ll all pay in, how you’ll reach decisions, how much time you’ll devote to research, and what happens when someone leaves or when someone wants to join,” advises Sarah Coles, personal finance analyst at Hargreaves Lansdown and member of the loveMONEY Expert Panel.

All investment clubs should have a:

You should then decide how often and where the whole club should meet. 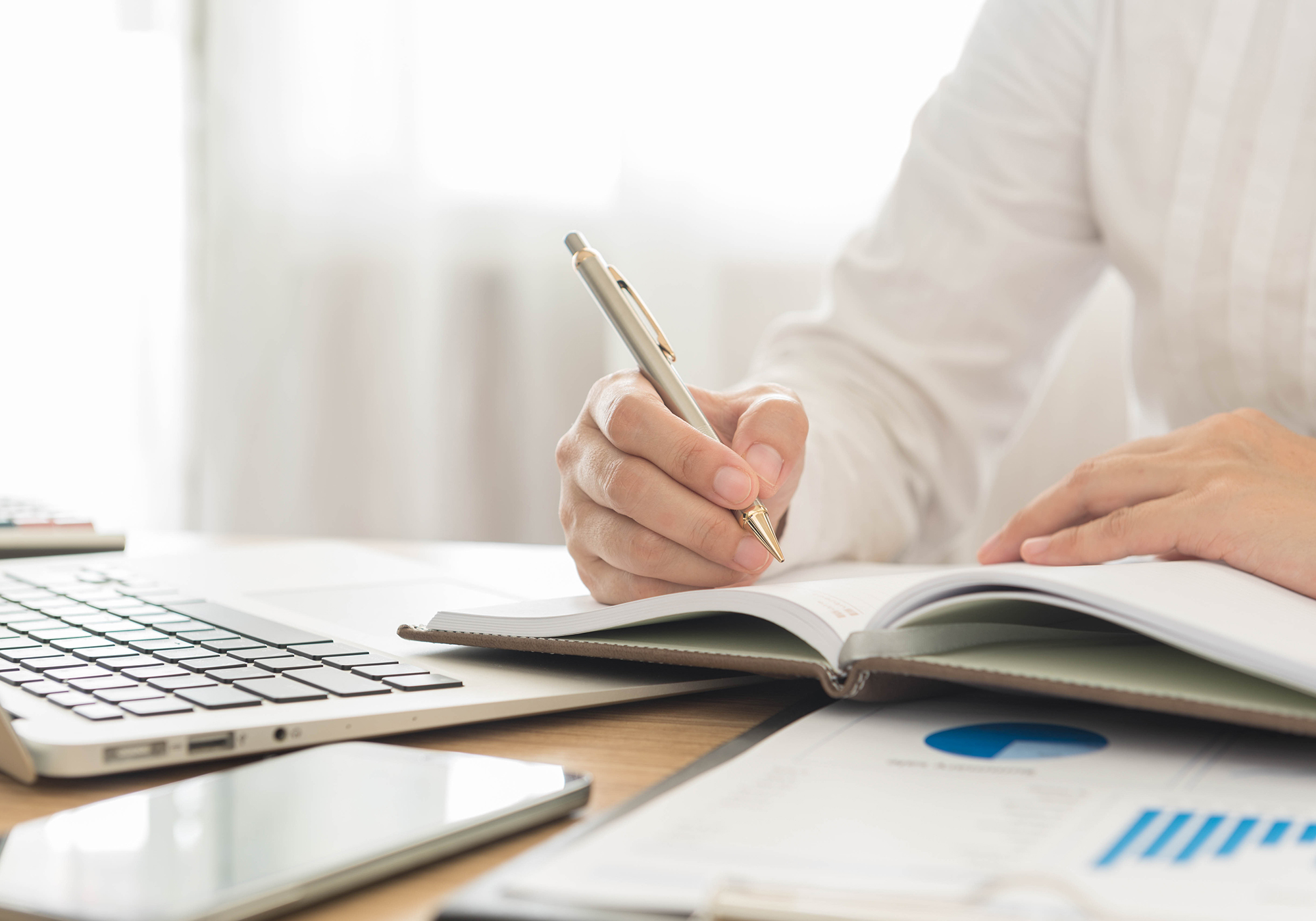 “Agreeing on an investment strategy is important, though it is vital to understand that this may change over time through reasons of trial and error, shifting decision focus and market changes,” says Spooner.

“To begin with, clubs should generally focus on individual companies rather than funds.

“If the club was too overweight on funds, then they are giving control to a fund manager rather than creating their own fund.

“It will be far more interesting for individual members to suggest and research companies and be involved in making decisions regarding what to buy and when to sell.”

While Spooner is wary of clubs using funds, he concedes they can offer easy access to certain areas such as emerging markets.

Coles advises anyone thinking of joining an investment club to make sure they understand the strategy.

“There are clubs that drill down into complex analysis of investment theory and pore over meticulously compiled spreadsheets,” says Coles.

“There are others that start with the products they really love and explore the company behind them.”

You’ll also need to make sure you inform HMRC if you’re setting up a club, so they can send you the relevant forms.

An investment club must decide collectively on their attitude to risk.

For example, is the club interested in a long-term portfolio or do they want to buy and sell shares over a shorter period of time? Obviously, the latter is a higher risk strategy.

Members should agree on what they want to get out of their investment, whether it’s growth or income through regular dividend payouts.

Transparency is also key to help an investment club avoid taking on too much risk, so information about the portfolio and its performance needs to be freely available.

There are many benefits to investment clubs, but good preparation and communication is key.

“If all goes well in your club, membership can be a nice little earner,” says Spooner.

But what if the whole process of starting an investment club is a little too much to handle?

“You can consider starting a club where you meet, share your ideas, learn about investment together, but invest separately,” says Coles.

“This has the added advantage that you can use your ISA allowances to invest in a tax-efficient way.”

If you’re still interested in getting involved with an investment club, it could be useful to read about how they work in practice.

In the next section, we talk to Peter Jones, founder of Harlequin Investment Club, to find out how his investment club operates.

'No blame is made if investment decisions fail'

Jones started the Harlequin Investment Club in May 1999 with current chairman Nat Mehta, who was also interested in the stock market.

They both used their business contacts to attract 20 people for the club, which Jones says is the maximum number recommended to avoid limiting involvement.

The club name was chosen to reflect the mixture of members from the local community, including pharmacists, accountants and retired business owners.

“The club was set up as a social event – the investment is a fun reason to get together with the hope of not losing too much money,” says Jones, who invites members’ partners to meetings even though they can’t vote.

“A constitution was set up from the outset with each member owning an equal share of the fund (1/20th) and all decisions on buying and selling are made democratically with each member having one vote.

“No blame is made if any investment decisions fail.” 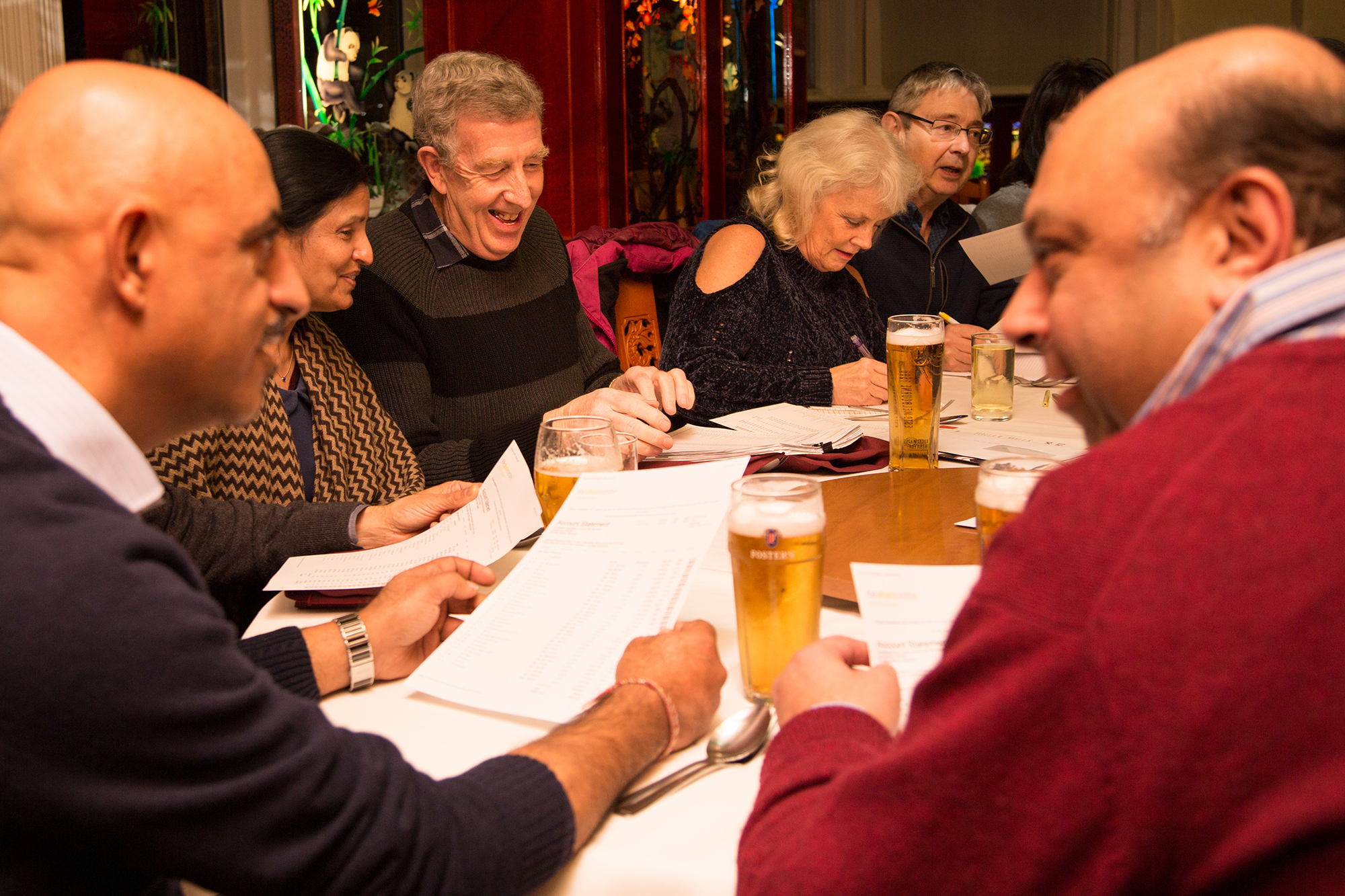 When the club first started, all members needed to pay £500 and a £25 monthly subscription.

Approximately £2,000 is invested at a time via The Share Centre’s Investment Club Account, which costs £2 a month and charges dealing commission fees.

Every month, members of the Harlequin Investment Club meet at a local restaurant where they can offer suggestions on what investments should be bought or sold.

Around five or six members conduct research into potential investments through many sources, including Investors Chronical, daily newspapers and The Share Centre.

What is the investment strategy?

Surprisingly, Harlequin Investment Club doesn’t have an investment strategy, but they do favour growth stocks and ‘solid’ blue-chip companies.

Sometimes the club chooses something ‘interesting and different’ such as Bango, a mobile platform provider that allows users to charge purchases made in app stores to their mobile phone account.

While there’s no set strategy, stocks are sold when the share price goes up or if it hits a certain level.

“If the share price doubles, we’ll probably sell half the shares,” comments Jones.

At the time of writing, the club invests in 13 stocks, but this used to be 29 around October. A big reason why the club sold 16 stocks was the UK General Election in December.

The club claimed it was concerned about the possibility of a Corbyn-led Government, but this never happened as the Conservative Party won.

As the portfolio approached £100,000 (around October), the club decided to sell several stocks, take out some money and distribute it to all members.

Since the club started, there have been three separate payouts of around £2,000 to each member.

The highs and lows

Harlequin Investment Club doesn’t maintain a specific record of portfolio performance but says Domino’s Pizza is among the club’s most profitable investments.

Other successes where the club has at least doubled its money have been with Pace, Tanfield, Whitbread, Netcall and AB Dynamics.

Jones believes the club hasn’t had any ‘difficult’ investment years but concedes there have been times when some investments didn’t really grow.

Below is a table showing how the portfolio balance has changed over the last five years.

Jones is keen to stress the social element of the club, as a previous member expected the club to contribute to their pension and left when they realised this might not be the case.

Expectations are key with any investment club.

If you’re pondering joining one of these clubs, consider what you want, including the strategy and your reasons for investing.

If this doesn’t mesh with other members’ expectations, it might be worth looking at other investment clubs until you find the right fit.

Shares the pros are buying and selling this week