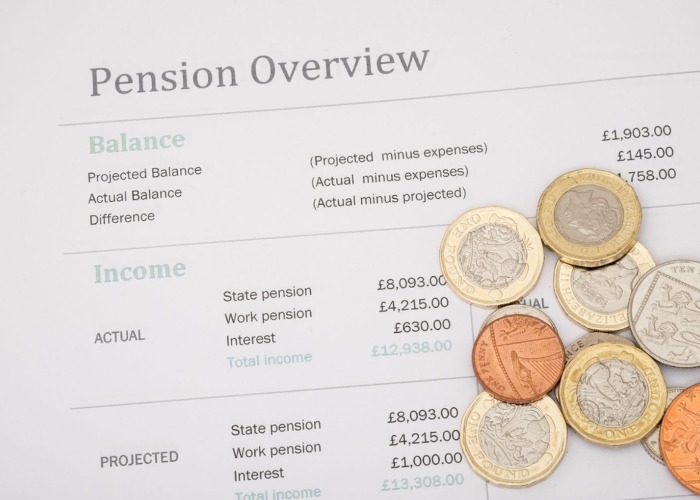 After cost, the level of service you receive from your pension provider is probably the most important factor for most. So let's take a look at the best and worst providers for 2020 ranked by the speed at which they help with requests.

If you want to ensure you have a decent pension pot to cover your retirement, then it isn’t enough to simply stick a few quid aside each month and hope for the best.

Instead, you’ll have to engage with where your money is being invested, what the returns are, and what fees you’re paying for the privilege.

And if your current provider isn’t doing the job, then you may want to look into moving your money elsewhere.

The trouble is that some providers are incredibly slow at providing the information you need, whether to go through with a transfer or simply to get some independent advice, as a new study has revealed.

Confused about your pension options? Speak to an advisor at Profile Pensions

Each year pension advice firm Portafina releases a series of tables, charting the length of time taken by the different pension providers to provide the basic information needed in order to advise savers on areas like the pension freedoms.

The data covers a whopping 13,021 requests for information made by the firm on behalf of more than 7,000 pension savers to the best part of 500 different pension scheme providers and administrators, across both defined benefit and defined contribution schemes.

Let’s start with those defined contribution firms. Here are the five fastest providers:

It’s notable that Canada Life and Scottish Widows were the second and third fastest at turning around the information in the 2018 study, making them consistently impressive performers here.

Evidently they have the sort of clear processes in place for dealing with such requests quickly.

And for the defined benefit schemes, where things can get a little more complicated, here are the fastest providers according to Portafina.

Once again, it’s worth mentioning that the two firms at the top of the table also made the list last time around.

The Railways Pension Scheme jumps from fourth fastest in 2018 to top the table this year, while Legal & General drops from first to second place, nonetheless an impressive result.

Portafina pointed out that over the last few years, the fastest response times have stalled at a little over a week.

It argued that until schemes “move with the times” and start accepting digital signatures, instead of relying on physical ones that are sent through the post, this is likely as good as it can get.

The difference between the relative speedsters in the tables above and the slowest providers is pretty stark. If your pension is provided by one of these firms then you’ll be left waiting for a while for even the most basic of information about your pot.

Unfortunately, just as there are a few consistently good performers in the fastest list, the same is true of those at the other end of the scale.

For example, Equitable Life Assurance Society was named by Portafina as the slowest provider in both 2017 and 2018 too, making this an unwanted hat-trick.

Mercer and Hewitt were both in the slowest list last year too, in third and fourth spots respectively.

And onto the defined benefit performers, these are the providers that operate at a relative snail’s pace.

The Royal Mail Pension was named as the slowest of all last year, so at least it has dropped a place in this particular hall of shame.

What’s more, it actually states that 13 weeks is its expected service level for these sorts of requests, so is at least hitting its own targets.

Whether that sort of turnaround is acceptable is another question entirely.

Meanwhile, Kent County Council has retained its spot as the fourth slowest defined benefit provider when it comes to responding with requested information.

Confused about your options? Speak to an advisor at Profile Pensions

Why are they so slow?

Portafina hasn’t just flagged up the slowest performers, it’s also outlined some of the issues with their processes that cause these massive delays.

Equitable Life, for example, requires savers to call the scheme in order to provide additional information, but as it won’t tell the adviser what that information is, the client cannot prepare and ensure they have the answers to hand.

DHL requires an additional authority form to be completed, while several councils require clients to contact them themselves to request specific authority forms to be sent, completed and returned just in order to provide the information needed in order to offer some advice.

As Jamie Smith-Thompson, managing director of Portafina, puts it: “It is frankly ridiculous when you are a regulated adviser and you have the client’s clear authority to request what should be standard information on their behalf.”

It’s worth noting that some of those named and shamed as dawdlers have hit back at the findings.

Speaking to the Money Marketing trade title, a spokesperson for South Tyneside Council ‒ speaking on behalf of the Tyne and Wear Pension Fund ‒ emphasised that, while it wants to deal with transfer requests promptly, its main priority is protecting members from pension fraud.

They added: “We have previously raised concerns with financial advisers about them not providing sufficient member authorisation before we can deal with any requests.

"Financial advisers being unable to get this authorisation can sometimes lead to delays.”

Meanwhile, a spokesperson for the Post Office said simply that the organisation “does not recognise” these figures, with its own records suggesting that they deal with them much more promptly.

Confused about your pension options? Speak to an advisor at Profile Pensions