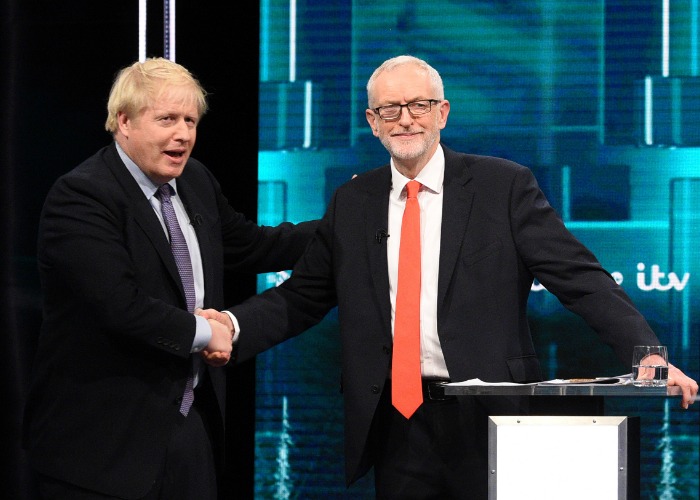 The main political parties are being disingenuous about precisely who pays tax and how new spending plans will be funded, argues John Fitzsimons.

This general election may be primarily about Brexit, but the issue of tax ‒ and precisely who is paying it ‒ has also garnered plenty of headlines.

Both Labour and the Conservatives have unveiled a positive swarm of spending pledges, from nationalising energy and rail firms, to building new hospitals and thousands of new homes up and down the country.

Of course, if the Government ‒ whoever it is in power ‒ is going to be spending more than they currently do, then that money needs to come from somewhere.

And yet both of the main parties are singing a similar tune, that these huge increases in public spending won’t hurt the ‘normal’ worker.

And the trouble is that that’s absolute codswallop.

Make sure you're paying the right amount of tax: check your tax code now

Someone else can pay for it

Let me first be clear that I'm not taking aim at any particular party or politician ‒ this is a cross-party issue.

The Labour Party has promised that its huge array of spending plans are fully costed, and will be covered from things like a windfall tax on energy firms, a succession of increases to Corporation Tax and taxing capital gains at the same rates as Income Tax.

The Conservative Party has been at it too, on one hand promising drastic increases in public spending, while with the other increasing the threshold at which you start to pay National Insurance, delivering a saving of about £100 a year for 31 million people.

The common theme here is that you, the humble, ordinary taxpayer will benefit from a more active state.

That may mean an NHS that isn’t struggling, a police force that is sufficiently well resourced that it can protect us properly, or rail services that run on time (stop laughing at the back).

And the kicker is that you aren’t the one paying for it. Instead, it will be ‘business’ that has to dig deeper and pay a bit more.

But that’s not really true.

If a business faces a higher tax bill, whether it’s due to Corporation Tax or some new wheeze, then it doesn’t just mean that they will absorb that added expense through their existing profits and carry on regardless.

Sure, they may absorb some of it (or shareholders will), but equally, they may be more likely to hike their prices in order to maintain a similar level of profits as before.

So yes, the money paid into the taxman’s coffers by these businesses will have gone up.

But businesses don’t grow money on trees ‒ they get it by selling their products and services to you and me.

And if they raise their prices in order to meet these added tax burdens, then it’s the customers that are really paying those tax bills, albeit in an indirect way.

Rather than an extra penny in Income Tax coming out of my payslip every month, I’ll instead be paying more for those clothes that I bought or my TV streaming service.

Now you might wonder, is this really a problem?

If it makes the voters happy, believing that really it’s Facebook and Amazon that are digging deep in order to keep the lights on in the NHS, and they don’t notice ‒ or don’t mind ‒ paying a couple of quid extra here and there, what’s the big deal?

But in my view, this just leads to people being even less willing to actually contribute towards the public services that we all use, a devaluing of the things we all rely on, irrespective of our salaries or tax bands.

To me, it doesn’t seem that different to the days of austerity ‒ hey, remember the Coalition? ‒ when there was general agreement that the public belt needed to be tightened.

Most voters agreed that the state should pay less, right up until the moment that they themselves were affected by the regime ‒ whether that was through reduced Child Benefit or the bedroom tax, or even the pasty tax ‒ at which point it became a step too far.

The truth is that we all pay for our public services, whether you’re on minimum wage or the chief executive of a FTSE 100 firm.

And if we actually value what those public services do and want to see them improve, then there are only so many ‘efficiencies’ to be found. That means they probably need more money.

So let’s be honest about where that funding is coming from. And trumpet why it’s a good thing for us to pay in, why most of us ultimately end up better off as a result of having those services.

What do you think? Should politicians be more upfront about how things are funded and how we pay tax, or are their current methods more palatable? Let us know your thoughts in the comments section below.