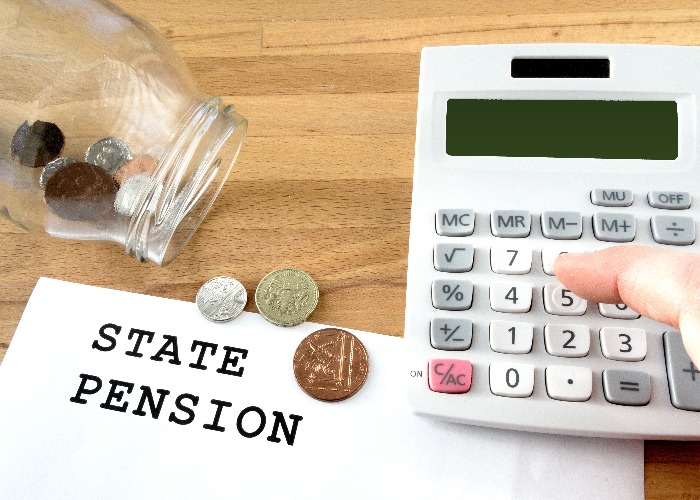 Don’t take silence from the DWP as a sign that you aren’t entitled to the State Pension.

When Peter Williams approached equity release firm Responsible Life, he was hoping to turn his property into money to tide him over in retirement.

The 76-year-old had already worked his way through his life savings and money he’d inherited, and was trying to make his two workplace pensions ‒ worth a combined £509 a month ‒ last.

It was only after discussing his situation with an adviser at the firm that it emerged that Williams hadn’t been receiving a State Pension over the previous 11 years.

Interested in equity release? This calculator from Saga will give you an idea of how much money you can expect to receive.

He had filled out the relevant forms when he’d packed in work, but as he hadn’t heard anything back from the Department for Work and Pensions, he figured he wasn’t entitled to it.

The adviser called the State Pension hotline to try to get to the bottom of the situation, and discovered that Williams was not only entitled to a State Pension for the rest of his life, but also due a whopping £132,800 lump sum for the funds he hadn’t been paid over the previous 11 years.

That’s a life-changing sum of money for anyone, but particularly for Williams who no longer needed to release any equity from his property in order to supplement his living costs.

But the situation is an important reminder of why it’s vital to understand exactly who is entitled to the State Pension, and how to check what you’re likely to get.

There’s more than one State Pension

The first thing to bear in mind is that there are technically two State Pension systems in play at the moment.

First of all there’s the Basic State Pension, which is for people that reached retirement age before 6th April 2016 and is worth up to £129.20 a week.

The exact amount you’ll get is based on your National Insurance record ‒ to get the full amount you will need 30 qualifying years of contributions.

However, people that retire after 6th April 2016 will receive the New State Pension. Again the amount you get is determined by your National Insurance record, but with this pension, you could receive up to £168.60 per week.

You’ll need 10 years of contributions to get any State Pension at all.

What pension will I get?

You can get a State Pension forecast from the government at any time, using its forecast service on its website.

It’s not just worth checking what you’re currently entitled to, but also whether you would be helped by making voluntary National Insurance contributions.

These can fill in any gaps you might have in your record, for example, if you took time out of the workforce to care for your family and ensure that you don’t miss out on the full pension as a result.

Having a decent idea of what help you’re set to get from the government in retirement is obviously a smart move as it means you can plan more effectively.

Relying entirely on the State Pension isn’t a great idea as it’s not a huge sum of money, but it can be a very welcome addition to any private or workplace pension pot that you’ve built up during your years in work.

That said, it’s important to note that by the time you retire the State Pension may look very different.

It’s no secret that the State Pension is incredibly expensive for the Government, particularly with the ‘triple lock’ ensuring that it goes up by a decent amount each year, so it wouldn’t be a huge surprise if it was less generous by the time today’s younger workers reach retirement age.

Getting more out of the State Pension

Just because you’re eligible to start receiving your State Pension doesn’t mean it’s automatically a good idea to do so.

By deferring your State Pension, you can increase how much you eventually receive (as Williams unwittingly discovered in the case above).

Currently, you’ll get 1% extra for deferring your pension by nine weeks, and over time that can really add up. Over a year, that’s an extra 5.8% for example.

You can then elect to claim the State Pension when you’re ready, and enjoy healthier payments as a result.

This won’t be right for everyone of course, but if you’re still in work and bringing in a decent income then you might prefer to put off those State Pension payments for a while.