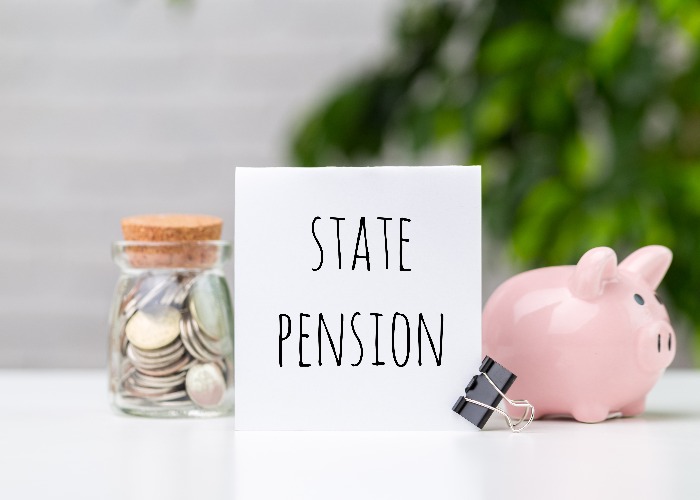 Those on the UK State Pension are set for another decent pay rise in April 2022. Read on to see how much the New and Basic State Pensions are worth in 2021 and how much they will pay next year.

The amount the UK State Pension pays will rise 3.1% in April 2022, it has been confirmed today.

But exactly how much pension you receive will vary based on a number of factors.

The rest of this article looks in more detail at how much you can expect to receive and how the State Pension increases are calculated.

But first, if you're retired and struggling to make ends meet, make sure you are receiving all these vital credits and benefits that you are entitled to.

If you still need help bringing in extra cash after you've finished working, take a look at this guide to boosting income in retirement.

Triple lock paused: how the 2022 State Pension hike is calculated

In a normal year, the rate at which the State Pension increases is usually calculated by what's known as the triple lock system.

In short, this means looking at the three figures of annual wage growth to July, inflation as determined by the Consumer Price Index in September (which is revealed in October), and 2.5%.

Whichever is the highest is the one that would determine the following year's State Pension increase.

However, this year has obviously been anything but normal.

With wages taking such a hammering last year, the wage growth figure for July 2021 had surged far higher than it would in normal conditions as some semblance of normality returned to the market.

While this would have meant a very welcome bump to pensioners monthly budgets, the Government deemed it unaffordable in the current Covid-ravaged climate.

As a result, it has temporarily paused the triple lock and stripped the wage element out of the 2022 State Pension pay rise calculations.

It's worth noting the Government offered no guarantees that the triple lock would be back in 2023  – we'll be monitoring the situation and will let you know as soon as any information becomes available.

So how does this affect the State Pension pay rise for the 2022/23 financial year?

Once wages are stripped out, inflation was the highest figure at 3.1%, so this is the increase that will be applied next April.

While retirees will no doubt be disappointed at missing out on a bumper pay rise, it's worth noting the new increase is higher than this year's 2.5% rise.

We'll look at how much this works out to in pounds and pence, but first, we should point out that not all pensioners receive the same amount.

Which State Pension are you eligible for?

As a result of our convoluted and, some would say, unfair welfare system, there are two different State Pensions.

The old pension is given to anyone who retired before April 2016 and is worth notably less than those who retire on the new State Pension.

How much the New State Pension pays in 2021

Since April 2021, those receiving the full New State Pension receive weekly payouts of £179.60, which works out as an annual income of around £9,339.

Remember, this is per person: if you’re married, and both you and your partner qualify you’ll get double this amount.

How much the old Basic State Pension pays in 2021

Qualifying married couples will get double this amount.

As mentioned earlier, the New State Pension pay will rise 3.1% in April 2022.

Here’s how the State Pension has increased over the last few years.

If you're struggling to make ends meet in retirement, it's vital you ensure you're getting all the help you're entitled to from the Government.

Sadly, it's pensioners on low incomes who are most likely to miss out in this regard, so we've put together this checklist of vital credits and benefits people can get in retirement.

If you've gone through the list and are still struggling financially, take a look at this guide to boosting your income in retirement and this piece on clearing debt.

State Pension mistakes that impact how much you get paid

Deferring your State Pension: how much can you get and is it worth it?