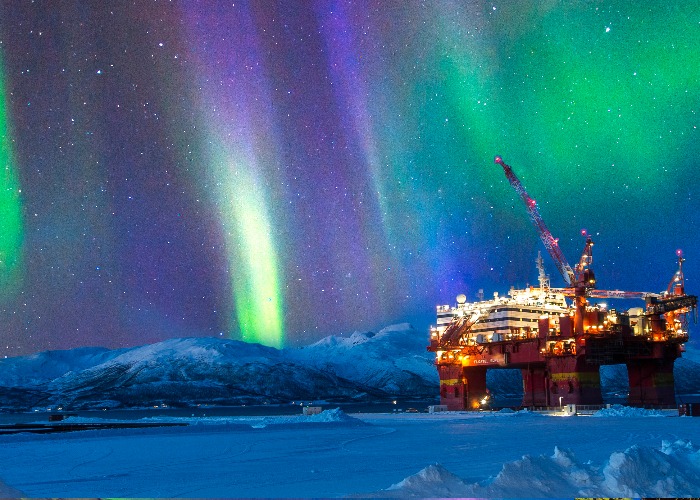 Not every country wastes an opportunity to make all its people wealthy.

You have to hand it to Norway.

Having discovered absolutely massive oil reserves around 40 years ago, the nation decided to try something different and use this newfound resource to help all its people, rather than let a fortunate few benefit.

So it set up the snappily-titled Government Pension Fund Global, which would not only help it meet the needs of its ageing population for generations to come, but also boost its economy in times of uncertainty.

Today, it’s invested in everything from British banks to Parisian properties and is worth more than US$1 trillion.

This makes it the largest sovereign wealth fund in the world and the envy of pretty much every other nation.

That alone is remarkable, but it’s how it got here – and how all Norwegians will continue to benefit - that’s truly fascinating.

How the fund works

The fund’s origins date back to 1969 when oil was discovered in the North Sea.

Ekofisk was the largest oil field found – and would forever change Norway’s fortunes.

Over the next 20 years, there were discussions as to how this newfound wealth should be used.

These resulted in an investment fund being established in 1990.

The idea was to leverage the fund’s size and long-term investment horizon to generate high returns and secure wealth for future generations.

Its diversified investment strategy has been enormously successful.

The temptation is to assume things couldn’t go wrong for a country backed by oil reserves, but that does a disservice to the forward-thinking of those in charge.

It’s worth remembering that other countries – like the UK – had access to a similar windfall, yet it’s hard to see any meaningful benefits of it today.

Back in the glitzy 1980s, this was an extremely lucrative source of revenue – the type of which that comes along very rarely.

“Had the revenues from North Sea oil been invested in a sovereign wealth fund in the 1980s, as happened in Norway, such a fund would have been worth over £500 billion today,” it stated.

Unfortunately, the Government decided to go down another route, as the IPPR study explained.

“Instead of establishing a sovereign wealth fund, increasing investment, reducing national debt, or decreasing liabilities – all which would have increased public wealth – the UK used part of its tax windfall to fund the reduction of non-oil taxes.”

When you spend windfalls on current expenditure, it makes public finances seem more sustainable than they really are, according to the report.

It also deprives future generations of their fair share, whereas establishing a fund can hold and invest those assets, before distributing the returns.

“A collectively owned sovereign wealth fund provides a mechanism for all citizens to hold a stake in national wealth, and benefit from increasing returns to capital,” it noted.

In sharp contrast to the British example, Norway’s fund, which is managed by Norges Bank Investment Management on behalf of the country’s Ministry of Finance, is still raking in substantial profits.

The fund, which invests in a dizzying area of equities, bonds and real estate, continues to target a real return in excess of the global economy’s growth.

In fact, it delivered an impressive 9.1% return – the equivalent of 738 billion kroner ($84bn/£66bn) – during the first quarter of 2019, according to recently released figures.

“As a major equity investor, we must be prepared for large fluctuations in the fund’s market value in line with developments in global stock markets,” he said.

The fund also prides itself on being a responsible investor and raises corporate governance or sustainability issues with company management teams.

Its size – and the fact it has stakes in more 9,000 companies across the world – gives it a significant voice and it’s one that’s used to good effect.

For example, it has excluded companies that it thinks could be harmful to the environment.

You might think that’s a strange stance for a fund that’s backed by oil.

However, it’s been clear that it expects sell its stakes in oil and gas explorers in a move that it hopes will not only be greener, but also reduce huge impact oil prices can have on Norway’s economy.

The fund also hasn’t shied away from political issues.

For example, it shrugged off uncertainties surrounding Brexit with plans to pump more money into Britain’s economy.

They have enjoyed a remarkable period of economic growth thanks to the fund which has given the country an enviably stable backdrop.

It has also provided officials with the fund to boost the economy during difficult times when unemployment is high but growth is low.

Perhaps most importantly, however, the value of the investments built up in the fund should help safeguard the wealth for future generations.

That said, Norway is also realistic.

After a long period of favourable conditions, it accepts that the coming decades could provide some challenges.

For example, the Government Pension Fund Global is expected to grow more slowly than in the past, according to a white paper from its Royal Ministry of Finance.

“Investment returns are anticipated to moderate, and the oil price is not expected to return to previous highs,” it states.

“At the same time, an ageing population will raise spending on pensions, health, and long-term care.”

Therefore, the Norwegian economy will need to raise productivity growth and transition to a new economic reality over the coming years.

It’s also looking at ways of combatting rising protectionism, moving to a greener economy, and ensuring the country has a well-functioning public sector.

However, it still has a fantastic financial foundation – and the success it’s enjoyed over the years should give Norwegians every reason to feel confident about the future.