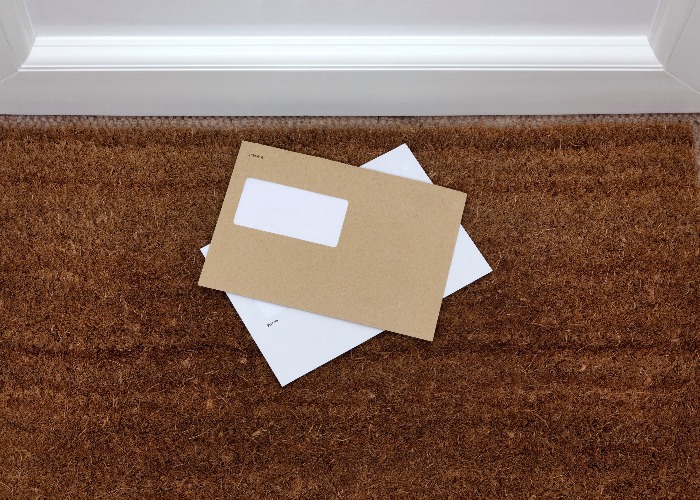 Given the choice, it's digital all the way. But is it right that people are penalised for opting for paper statements?

When I was a kid, I always got excited when I could hear the postman at the door. There was something strangely thrilling about the possibility of receiving a letter, even though it happened incredibly rarely.

That excitement disappeared a long time ago.

Now there is just the weary resignation that comes from knowing that the clutch of letters will almost certainly include something from Barclaycard appealing to me to take out a credit card, and the weekly missive from Scottish Friendly suggesting I take out an ISA.

There are also, occasionally, paper bills in there too. And while I’d be glad to never receive a paper bill again, new research suggests I may be in the minority here.

Earn £150 for switching to NatWest before 15 February

We prefer a paper trail

A new study from Consumer Action, a non-profit consumer rights organisation, found that up to three-quarters of people it spoke to opt for their bills to be delivered by mail, rather than electronically.

In each of the nine types of bill and invoices that it surveyed respondents on, every time people preferred paper over digital bills, ranging from phone bills (56%) and credit cards (61%) to insurance (66%) and medical bills (74%).

Interestingly, the survey was carried out online, so it’s not like it was dominated by respondents who are uneasy about using the internet.

There are a host of different reasons cited for why people prefer to get their bills in the mail.

Some said it makes it easier for them to view them, or to access the information for future reference.

Others said that receiving a paper bill helps them to remember to pay up on time.

Taking better notice of the contents

One result from the survey certainly rang true with me. More than three-quarters of those who receive bills by mail said they then review the transactions on the bill, while of those who get it electronically less than half (43%) do the same.

I can vouch for this, as I know that I am much less likely to go through an electronic bill in detail as I would with a paper bill.

This doesn’t tell the whole story though. With my credit card, for example, I get an online statement that I might give a cursory glance to.

But that’s because I check the balance every couple of days anyway, so I already have a good idea what it will say. It’s a similar story with my mobile bill.

So while people that prefer to receive their statements online might not go through those statements with a fine-toothed comb, it doesn’t necessarily follow that they are less well informed on the contents of those statements.

Earn £100 for switching to first direct

A question of filing

I know that in theory paper bills make filing more straightforward, and that’s a big selling point for some people. They can file the bill away and know exactly where to look for it later on if need be.

But I also know that when it comes to that sort of physical organising, I am absolutely horrendous. I’ll put the documents in a ‘safe place’, ahead of filing them properly, but that could (and likely will) take months.

In stark contrast, when it comes to keeping things organised digitally, I am much, much more comfortable. I don’t think I’d manage being a freelancer if I wasn’t, quite honestly.

So while some will extol the filing benefits of paper bills and statements, the opposite is true for me. I doubt I'm alone in that, either.

The benefits of going digital

There’s no doubt that there has been a drive among providers of various services to push customers towards opting for electronic statements rather than paper ones.

With TSB for example, if you want to take out its Classic Plus current account and benefit from 5% interest, you need to register for internet banking and sign up for online statements and correspondence. It’s certainly not the only one.

Other firms will add a small charge to your account if you want a paper bill. With O2, for example, it costs £1 for a summary bill and £1.50 for an itemised bill.

So not only is there the environmental benefit to going digital, in some cases, there will be an actual financial benefit to doing so too.

A host of charities, businesses and interest groups have come together to form the Keep Me Posted campaign.

Essentially, it wants to ensure that all of us can choose how we are contacted by banks, utility companies and any other service provider without being punished for our choice.

It argues that the people who often have the greatest need for paper statements are the most vulnerable –  the older generation, the disabled, and those who either can’t access the internet or lack basic digital skills.

It’s a worthy campaign and one that deserves serious consideration. I am well aware that I’m in an incredibly privileged position, and if I have the option of choosing I would go for digital bills every time.

But that’s my choice, and it’s not really fair that people making a different choice, which better meets their needs and circumstances, have to pay more as a result.

What do you think? Should people have to pay more for paper bills? Vote in the poll above or share your thoughts in the comments section below.

Now read: our roundup of the best bank switching bonuses