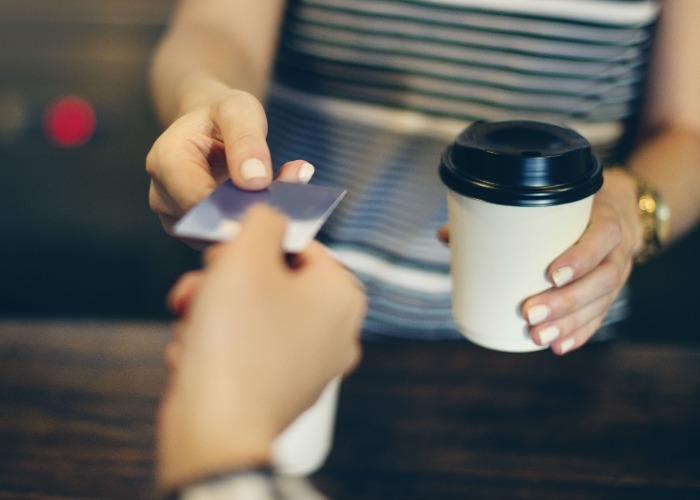 Aspiring first-time buyers are routinely advised to cut out coffee, mobile phones and alcohol, on the basis of wildly-exaggerated spending figures.

Every week, we receive dozens of reports at loveMONEY on topics as diverse as what couples argue about to the cost of death, but one, in particular, caught my eye.

Titled ‘The true cost of being a female millennial in the UK revealed’, by foreign exchange company FXTM, it looked at ‘popular things millennials spend their money on’.

Now, I have no idea whether these costs are correct, and I should explain that FXTM was trying to make a serious point about the impact of the continuing gender pay gap in this country.

The problem was how FXTM looked to make that point.

Anything spent on almond milk, Tinder Plus and prosecco is attention-grabbing, but this hardly accounts for an entire month’s spending.

Instead, they’re assumptions that mimic some stereotypes about young people's interests without giving us a real idea of how young people live – and that’s a big problem.

Why do we care how young people spend their money?

A shopping basket should be amongst the most private things in life: surely, we have the right to spend our hard-earned cash on whatever we want?

That was until rising property prices sent the media (loveMONEY included) into a frenzy of money-saving advice for struggling first-time buyers.

A respected demographer in Australia, Bernard Salt, created an enormous furore by writing that millennials eating expensive smashed avocado for brunch could be making it harder for themselves to save for a deposit.

Similarly, in the UK, real estate agents Strutt and Parker put out a report suggesting seven things that a young couple could give up in order to save a deposit for a house.

The problem is, I think much of this advice was and is simply rubbish.

Ready to buy a house? Compare mortgage rates on loveMONEY

Many of the surveys you read about start life in the same way.

First, find some young people and ask them how much they spent on, for example, rosé wine last week. Then you multiply the result by 52 to come up with a terrifying annual figure, with accompanying headline: ‘rosé costing us £1,000 a year’.

This is unlikely to be accurate because a) you don’t know if they’ve got that figure right, b) extrapolating from a week to a year can be misleading (do people drink as much rosé in winter? What if last week was their birthday?) and c) it presents an isolated statistic without any context.

With such questionable evidence, we should think twice about criticising people over their real-or-imagined rosé consumption.

But what if there was a well-researched, wide-ranging survey that really did give us a look into people’s shopping baskets?

Each year, the Office for National Statistics surveys asks 5,000 people how much they spend per week and on what.

They've created an interactive graph where you can find out how much the typical household (of all ages) spends per week.

This produced a survey of incredible detail: we know, for example, what a household in the 50-64 age group spent on toilet paper per week in 2001 (80p, equivalent to £1.26 today, in case you asked).

Pair the ONS’ data with some claims in the aforementioned report on millennial spending habits and why they can’t afford a home and you make some interesting discoveries.

VoucherCodes is also responsible for a claim that young couples spend £832 on scratch cards and the lottery every year. Yet the ONS claims gambling payments account for £58 a year.

That’s just a few of the many holes you could pick: the point is that many of the fantastical spending figures we’re hearing are just not true.

So what are young people wasting their money on?

Not booze. Well, not anymore.

In 2001, 7% of under-30s expenditure went on alcohol, tobacco and narcotics, according to the ONS’ figures.

That fell to just 2% last year, the same percentage as for every other age group, leading Wetherspoons boss Tim Martin to bemoan that “we are no longer a nation of p*** artists.”

To add insult to injury, Lavazza coffee is now Wetherspoons’ biggest seller and ‘bottle of lager from a nightclub’ was removed from the basket of goods used to calculate inflation as there aren’t enough nightclubs anymore.

Instead, the area where young people are spending all their money is housing, fuel and power: £122.50 a week, not including Council Tax. It's worth comparing the chart below to the ONS' chart for all ages, which is displayed above.

Now, you might expect that as older households will likely have paid down their mortgage debt and are higher earners to boot, but it still highlights how certain perceptions of young people are wide of the mark.

Ready to buy a house? Compare mortgage rates on loveMONEY

As a money journalist, it’s difficult to resist the urge to turn the ONS’ figures into some sort of responsible spending lesson.

Yet even if you followed my top money-saving tips for both, you’ve still got to spend that £122.50 a week on housing, fuel and power.

Nor would it make much of a dent on that £33,339 deposit on a house – the first-time buyer average, according to Halifax – double that of a decade ago.

Housing costs are difficult to bring down, short of moving one’s life and career to a different city, or – as often happens – moving back into one’s parents’ house.

Money-saving tips can be helpful and there's no need to be ripped off. But we need to stop claiming that the odd latté is preventing young people getting on the property ladder.

Rather than give you more questionable first-time buyer money-saving tips, we’ve put together a full guide to buying - even if you haven’t got a deposit. You can read it here.