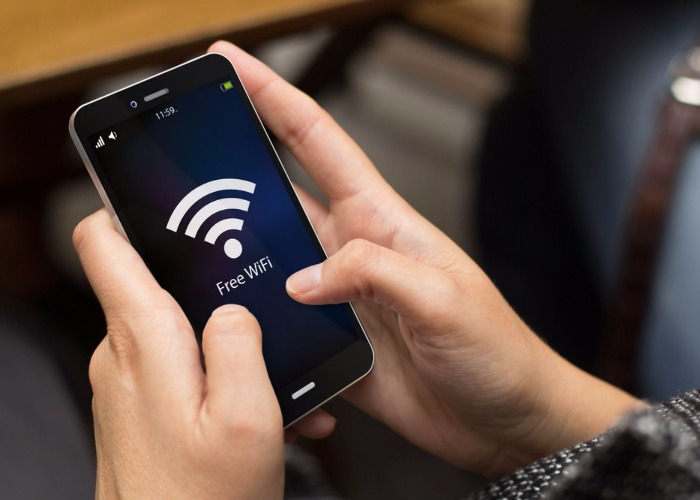 Experts have revealed three locations where your personal information could be most at risk from hackers. We have some tips to help you keep you safe.

Experts are warning people of the risks of using Wi-Fi in public locations like cafés and airports.

In fact, research from the Harvard Business Review revealed that three-quarters of us connect to our personal email on a public network.

However, new data from security firm iPass reveals we could be leaving ourselves at the mercy of hackers.

Specifically, its survey of 500 IT professionals found we were most at risk when using Wi-Fi networks at coffee shops, followed by airports and hotels.

iPass adds that people who use public Wi-Fi need to be more alert to the risks.

Scammers have cottoned on to our love of public Wi-Fi and are targeting people with their increasingly sophisticated schemes.

Research from iPass shows that 'man-in-the-middle attacks' are the greatest concern when using public Wi-Fi.

This is when a hacker secretly intercepts data travelling the between two parties. This then allows the scammer to 'eavesdrop' on their conversation, or even impersonate one of the parties and alter messages.

It’s not the only worry though. More than half of iPass survey respondents said they were concerned about members of the public leaving themselves vulnerable through operating systems where security updates had not been installed as well as a lack of encryption.

Nearly one in 10 UK respondents said they have no security concerns at all when using public Wi-Fi. This is a stark contrast with the US and Germany where only 1% said they didn’t have any concerns.

When you’re out and about, use public Wi-Fi with caution:

If you’re in any doubt about the validity of the Wi-Fi connection, double-check with the staff to make sure you have the right one.

For more tips on keeping yourself safe from scammers, have a look at How to keep your money and personal information safe: insider tips from a hacker.

Think you might have been hacked? Check your credit report for anything suspicious.

What to read next:

Watch out for this BT 'cyber breach' scam email

How to take on the taxman and win