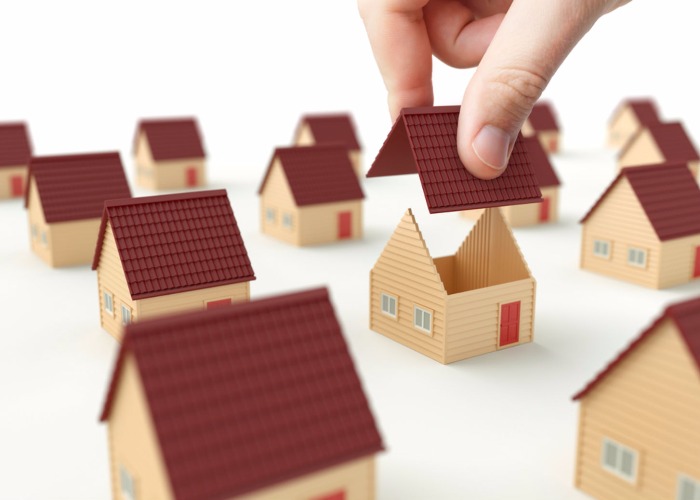 The UK housing market is in trouble. How do we boost supply, get prices under control and ensure first-time buyers can buy?

The UK is in the midst of a housing crisis, and the situation is getting worse.

It’s become something of a tired cliché that the property market is broken but everyone from the Government to investors now accepts that this is the case.

Communities secretary Sajid Javid told the House of Commons last month that the market was failing UK citizens, with average house prices jumping to 7.5x average incomes and rents in many cities costing more than half the households’ take-home pay.

The Government has promised action but what is the right action? Schemes such as Help To Buy have been widely blamed for simply hotting up the market, leaving the next generation of buyers with even more out-of-reach prices.

We asked a number of different experts what they think is the solution.

We need to train more tradespeople

Design expert and television presenter Kevin McCloud spoke to us ahead of his appearance at this year’s Grand Designs Live show, which takes place in London 29 April – 7 May.

He says we need to build more homes but before we can do that, we must ensure those homes are good quality – and that means investing more in training.

“We also have an issue of quality and I am really concerned about that. Britain has some of the finest constructors and plumbers and contractors in the world, but some of the worst as well.

“It’s very important that we train and raise standards. The problems affecting our housing market are complex and go back some 60 years. It requires a holistic approach that doesn’t just focus on the number but on the quality and that means more and better training.”

We need powers to speed up builders

When he presented the housing White Paper to MPs, Sajid Javid had a clear idea of what the problem was. Housebuilders and local authorities must work harder to speed up construction, he argued, outlining action the Government would take to make that happen.

This included demanding councils and developers use land more efficiently by building at a higher density where appropriate, and giving local authorities powers to speed up housebuilding and ensure developers complete new homes on time. Councils will be able to issue completion notices after just two years instead of three, and demand greater transparency on the pace of delivery.

The White Paper also pledged to help small independent builders take a wider share of the market, as currently around 60% of homes are built by just 10 companies.

However, his comments and the White Paper in general were scorned by Labour MPs. Shadow housing minister John Healey described the White Paper as “feeble beyond belief”, saying that affordable house-building has slumped to a 24-year low.

We should build different kinds of homes

As a nation, we prefer to build with brick and mortar but many commentators argue that this is failing to make the most of the space and technology.

Rahul Nahar, founder of property developer Xrbia, says these legacy construction methods are out of sync with modern urban lifestyles “which are environmentally friendly, technologically advanced and community-focused”.

He suggests a greater focus on ‘micro homes’. “Developers must adopt a construction process that uses prefab modular components made of aluminium or steel (rather than timber) as moulds for casting structural components of the building from reinforced cement concrete.

“This technique gives a superior casting quality in terms both of strength and finish in a dramatically shorter time. It can be used to make beams, columns, walls, floors and ceilings. Because all the serious work is done off-site, homes can be assembled on-site by workers with fewer technical skills.

“The result is low-cost, high quality and eco-friendly units that are smartly designed and make clever use of light and ventilation. Because of the way they are built, they also provide excellent sound, fire and thermal insulation.”

You can save money on your mortgage by finding the right deal. Get a free, no obligation quote with loveMONEY today.

We need to do more for small builders

Rob Bence, co-founder of the Property Hub, says there’s a two-fold issue with the property market in its current state.

“The Government’s plans to make finance more readily available for smaller housebuilders - as announced in the White Paper earlier this month - is a step in the right direction but this is still a drop in the ocean compared to what is needed.

“The £3 billion Home Building Fund will help smaller builders to build 25,000 this parliament - this seems like nothing more than a cosmetic measure.”

We must cut red tape

Lawrence Coppen, CEO of the developer Glo Group, says his company is building both in the north and south of the UK but that red tape slows all developers down.

He argues: “There is far too much red tape that developers have to deal with, which adds months onto schemes, slowing down the building of new homes and ultimately adding to the shortage.”

We should reform the planning system

“Outdated, bureaucratic and slow, the framework we currently have is simply unable to deliver the volume and type of housing the UK urgently needs, especially in the capital. In particular, the planning process is overly sensitive to NIMBY-ism and short-termist local concerns.

"This produces two negative consequences. First, it prohibits communities’ abilities to build the homes they need and plan for the long-term; second, developers are put off even proposing much-needed new residential sites, for fear of having their time and effort wasted by a last-minute NIMBY objection. Reform is much-needed and long-overdue.”

He argues that the national planning framework should be streamlined and include elements of London’s new Supplementary Planning Guidance – such as the stipulation that developments comprising of more than 35% affordable housing require no “cumbersome viability exercise”.

We need an ombudsman for homeowners

Several experts expressed concern that a drive to build more homes could result in poorer quality properties being thrown up and Paula Higgins, chief executive of the Homeowners Alliance, suggests a dedicated ombudsman could provide real support.

She says: “Worryingly as we look to build more houses and build them quickly this is coming at the expense of quality and, worse still, a lack of consumer protection. Our members regularly come to us with problems surrounding their new build home, desperate to get someone to listen to them. The fact is we are too reliant on big private housebuilders - which prioritise profit over all else.

“We need a long-term strategy, not countless announcements and papers that offer no substance. A national affordable housing programme must be a priority for Sajid Javid and his team. And a new ombudsman for homeowners should be created - one which prioritises the homeowner’s needs over the developer's or agent's.”

We should scrap VAT on renovations

While there’s no VAT to pay on new builds, most renovations and extensions attract the full 20% rate. Carol Peett, director of West Wales Property Finders, suggests zero-rating such building work would have wide benefits.

She says: “The current housing shortage could be alleviated by encouraging people to extend their living space. Adding an extension or converting an attic can turn a house suitable for a couple into one to house a family"

Peett adds that If couples are unable to move and they want to extend their house to cater for the growing family, they'll be hit with a 20% VAT bill on any building works, making it too expensive from the get-go.

“There is also a knock on benefit in relation to social care. Many families are keen to look after their elderly relatives, but are unable to afford the VAT trap created when they want to build a granny annex.

“Encouraging more people to renovate or extend would provide additional work for builders and trades such as electricians, plumbers, etc. and, at the same time, by utilising existing buildings rather than building new, save our green spaces from disappearing under a sea of bricks and mortar. Additionally it would be less attractive to do ‘cash in hand’ work to avoid the VAT.”

We need to target both ends of the market

Katherine Rose, spokesperson for Audley Retirement, says under-occupied family homes are also a real problem and that we should stop focusing on new build as the solution.

She suggests freeing up these larger family homes.

“Reports show two in five UK homes are under-occupied, of which half are occupied by those aged 50 to 69, yet these baby boomers often find themselves ‘stuck’ with no incentive or options to downsize.

“The Government needs to change its policy to consider the whole market and consider how to provide a greater, more attractive range of choices for older people that in turn will free up huge swathes of much-needed family housing and prevent the market from grinding to a complete standstill.”

What one thing would you do to improve the housing market? Let us know using the comments below.

Find the right mortgage for you with loveMONEY right now

Home damaged by Doris? How to claim

Is this the smarter alternative to equity release?