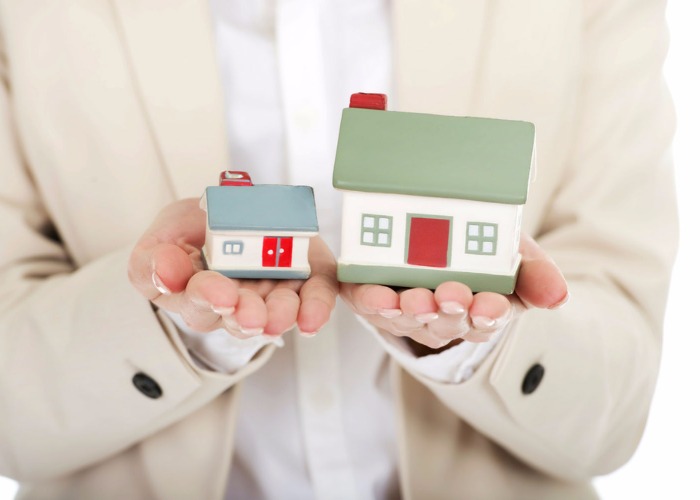 More than half a million older homeowners are looking to downsize to help fund retirement? Here why that's a risky strategy.

Hundreds of thousands of older Brits are risking financial hardship by relying on their home to help fund their retirement.

A new survey by pension firm Prudential found that almost four million over 55s are planning to downsize in retirement.

Of these, around one in seven (13%) say they couldn’t afford to retire without the additional income. That works out to around 520,000 people.

The research added that a typical downsizer hoped to boost their income by around £112,000 when doing so.

Relying on your home to fund retirement is becoming an increasingly popular strategy – but it's not without risk, as many will find themselves short on cash down the road.

With the average annual wage of £27,400 this would mean a significant slump in income upon retirement.

“Hoping to live off the value of your home could be a ‘downsizing delusion’ for millions of people,” says Steve Webb, director of policy at Royal London.

While there is an argument that you don’t need more than 50% of your working income in retirement as you have fewer outgoings – mortgage cleared, no commute costs and so on – there are other problems with relying on your property as your pension.

For starters, you could find when you want to downsize and retire the country is experiencing a period of low house prices. This could leave you facing retirement with a much smaller income than you expected.

You could also struggle to find a suitable property to downsize to; there is a well-publicised housing shortage in many parts of the country.

Finally, you could find you can’t cope with a smaller property. Households in the UK are increasingly multi-generational as people care for elderly relatives and still house children struggling to afford housing costs on their own. This could mean you aren’t in a position to downsize as you intended.

So rather than relying on your home to fund retirement, why not start funneling money into a pension in order to provide a stable income in retirement.

Extending your home? Savvy ways to save thousands

6 ways to slash your buy-to-let costs