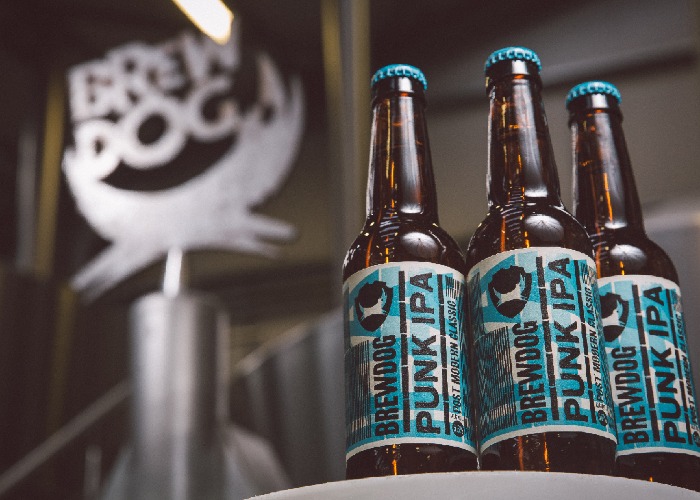 Investors offered chance to earn 6.5% a year through new BrewDog mini-bond. But is it a good way to invest in beer?

BrewDog, the brewery behind best-selling craft beer Punk IPA, has launched a new mini-bond which promises investors a return of a whopping 6.5% a year.

Back in April, BrewDog set out to raise £25 million through an ongoing crowdfunded 'Equity for Punks' sale of its shares via Crowdcube. This was the fourth time that the brewer, founded in 2007, had asked its customers for cash to help support its rapid growth.

At the time, I was not a fan of BrewDog's 'Equity for Punks IV' fund-raising, largely because of the sky-high rating (above 70 times latest yearly operating profits) placed on the company's shares.

However, the BrewDog has now extended its fundraising efforts to include a £6 million sale of a retail mini-bond. Aimed at private investors, this bond pays interest of 6.5% a year for four years, before it matures and BrewDog repays investors their original capital.

How the bond works

In effect, by buying BrewDog's bond, you are lending money to the firm for four whole years. During this time, you will receive a fixed interest rate of 6.5% a year. Therefore, for every £1,000 invested, the yearly interest paid will be £65, totalling £260 over four years (plus you get your £1,000 back after four years). In other words, all being well, investors make a 26% return on their cash over 48 months.

The minimum investment is £500 and further investment must be in units of £500, plus BrewDog will not take your money until after this crowdfunding pitch has closed, in a little over a month.

The interest paid is taxable and tax of 20% will automatically be deducted from interest payments, which non-taxpayers must reclaim from HM Revenue & Customs. This mini-bond cannot be held inside a tax-free ISA, but it can be bought and held inside a self-invested personal pension (SIPP).

BrewDog plans to use the cash raised to enlarge its chain of 32 UK bars, build a beer-focused hotel, expand its beer range, and open operations in the USA.

Bondholders who invest at least £500 (the minimum investment) get their very own BrewDog Bondholder ID card. This gives them a 10% discount in all BrewDog bars & BottleDogs all over the world for four years. It also entitles bondholders to 20% off orders from the BrewDog.com online shop.

Of course, while these bonuses are great for big fans of BrewDog's craft beers, they are immaterial for investors simply seeking decent returns on their spare cash.

Now for the risks

The biggest risk facing buyers of BrewDog bonds is that the company may get into financial difficulty, leading to delayed or cancelled interest payments or capital repayments. Also, this bond is unsecured, which means that were BrewDog to default on these interest or capital payments, there is no underlying tangible asset which could be sold to repay bondholders.

However, according to Crowdcube's rating assessment from credit-rating agency Moody's Analytics, the probability of default for this bond is a mere 0.3%. Nevertheless, there is a non-zero risk that investors could lose some or even all of the money invested in this and other mini-bonds.

What's more, unlike cash deposits these and other mini-bonds are not covered by the Financial Services Compensation Scheme (FSCS). This government safety-net protects cash on deposit up to £85,000 per person per institution (falling to £75,000 from January 2016). So if BrewDog did fail, its bondholders could not turn to the FSCS for compensation.

Another problem for owners of mini-bonds is that they are highly illiquid - they are not transferable and cannot be bought or sold through any recognised exchange. In other words, buyers are pretty much locked in for the full four-year term.

So while you may benefit from a far greater rate than from more traditional savings accounts, there are a number of downsides to consider.

Investors are turning to whisky